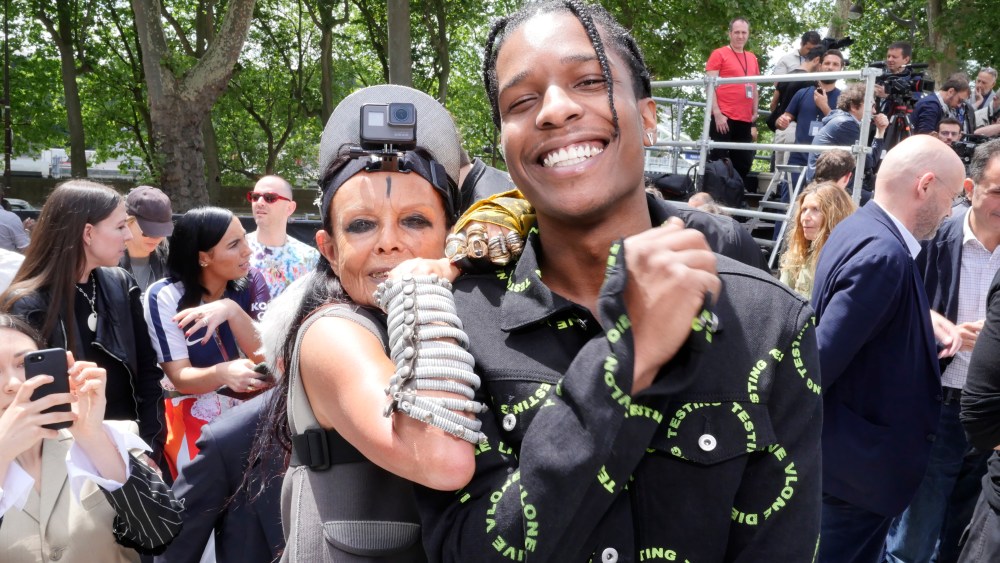 A$AP Rocky has a busy summer ahead, with concert dates on three continents between now and September. “There’s no such thing as vacation,” said the rapper.

On the personal fashion front, A$AP has a new sneaker design coming out soon, he said. “It’s dope, because I did it,” he exclaimed, without revealing further details.

Sitting farther down the front row with Christian Combs, Quincy Brown teased about the third season of Fox series “Star” later in the year. “A lot of the tables turn,” he said. Brown also just released not one, but two singles on his birthday — June 4. “I wanted to give something back on my birthday,” he said.

For Jaylen Brown, hiding behind the face mask provided under the guise of an invitation for the smoke-filled show, it was a first visit to the City of Light. “I’m seeing some shows, eating some good food, drinking some wine — I’m a big wine drinker — sightseeing, shopping,” listed the Boston Celtics player.

Michèle Lamy took it all in, meanwhile, thanks to a GoPro camera strapped to her forehead. “I’m not really filming the show, but the people, and the whole day,” she explained.