The gold carpet that had been rolled out alongside the Hong Kong harbor for the opening of “Savoir-Faire: The Master of Craft in Fashion” exhibition made for a windy arrival area when guests turned up to its fete on Friday.

The exhibition, co-curated by Carine Roitfeld and Adrian Cheng, takes designer and couture fashion from 22 houses — including Balenciaga, Dior, Chanel, Iris van Herpen, Paco Rabanne, Richard Quinn and Tom Van Der Borght — and intersperses it with 12 exceptional Asian design objects from the K11 Craft and Guild Foundation, ranging from a teacup set to a lacquered cabinet that originates from Yangzhou.

Dressed in a crystal-embroidered “savoir-faire suit” by Alexander McQueen, Cheng touted the exhibition, which opens to the public beginning Monday and runs to Feb. 14, as a first in combining Eastern craft and Western couture.

“We’re here to inspire the next generation about craftsmanship,” he said.

He was joined on opening night by around 450 guests, including martial arts master Donnie Yen, actors Stephen Fung and Michelle Reis, and the architect André Fu.

“We’re here to rejuvenate,” Cheng added. “There is really the mission to make sure the next generation understands the heritage.”

Despite the breadth of the pieces on display, which range from a jade inlay dim sum box to an opulently bedazzled Richard Quinn dress, Cheng expressed that “many times, when you see the artifacts from the K11 Foundation and when you see the couture, you see commonalities. You see themes that are common.” 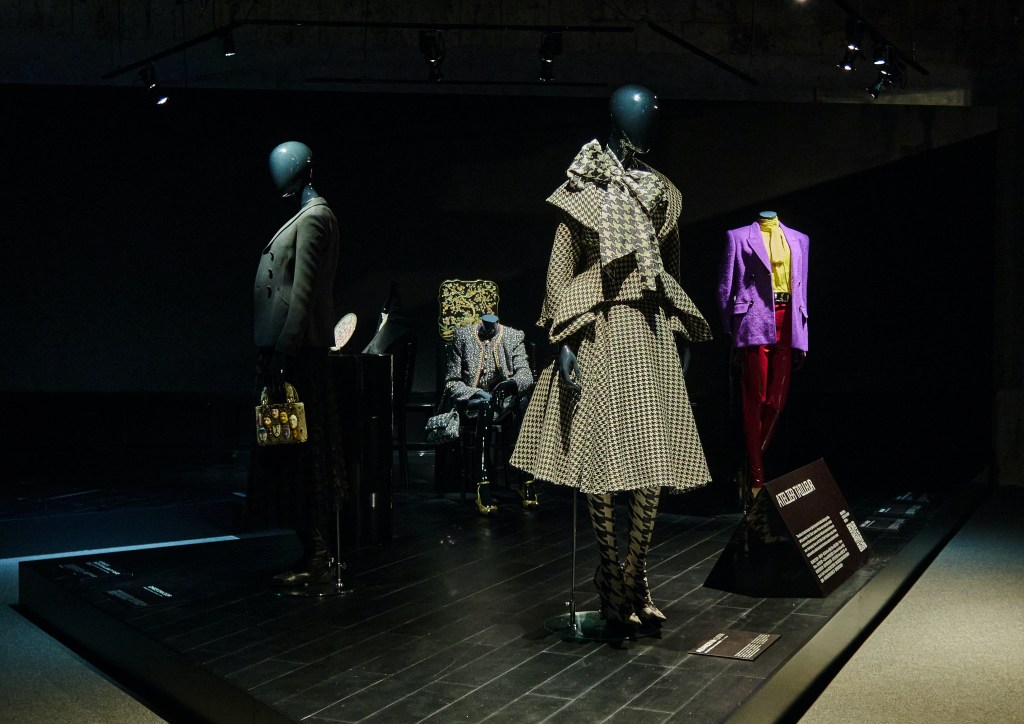 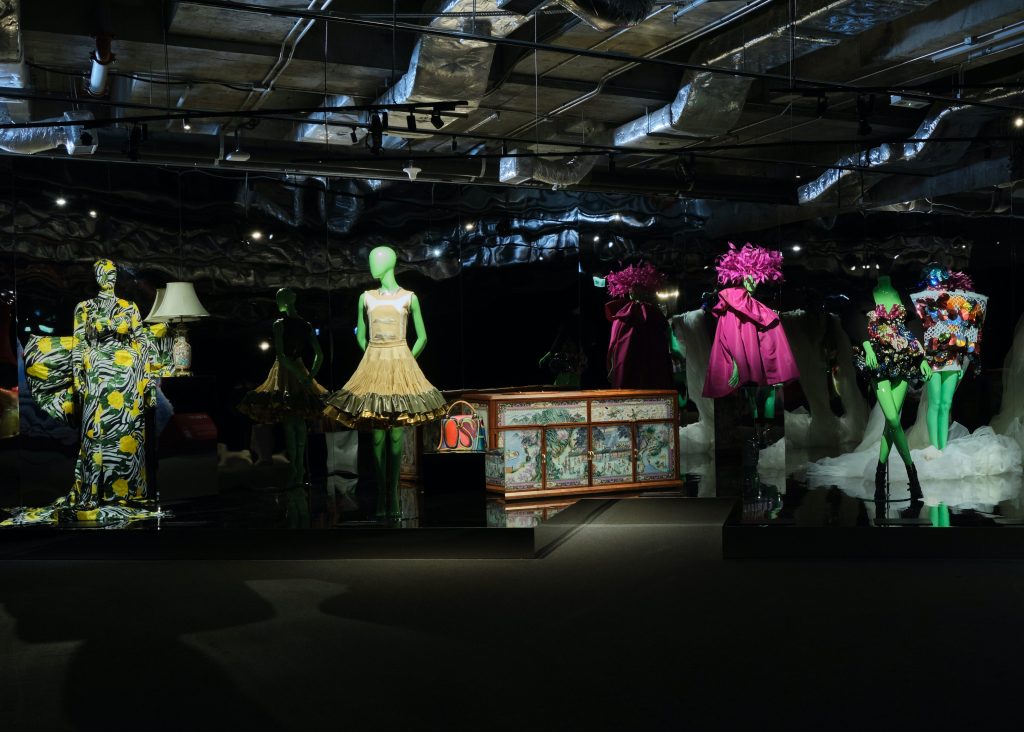 Meanwhile, about 6,000 miles away in Paris, Roitfeld held a cocktail for a smaller crowd of around 50 guests. Model Soo Joo Park, singer Lous and the Yakuza, designer Christelle Kocher and artist Adel Abdessemed were among those who gathered at the Crillon hotel, where the Hong Kong gala was broadcast on a screen.

Originally the plan was to have overseas guests attend, but with pandemic travel restrictions remaining tight, the event evolved into a simultaneous livestream format instead.

Roitfeld said she approached the curation project as she would a fashion shoot, sourcing mannequins with expressive poses and in unusual colors.

“It’s the purpose of this exhibition to surprise,” she said, urging visitors to inspect the dresses up close and take selfies with them for social channels.

The night also kicked off a silent auction, with items contributed by Alexander McQueen, Louis Vuitton, Saint Laurent and Chloé up for grabs for the coming week with proceeds going to UNESCO and the K11 Craft and Guild Foundation.

Cheng and Roitfeld have been collaborators for some time. They launched K11 Original Masters last year, a three-part webinar series to showcase century-old artisanship for the social media era. The first two episodes featured conversations the two had with leaders from Chanel and Dior.

Extreme Fashion Craftsmanship to Go on Display in Hong Kong