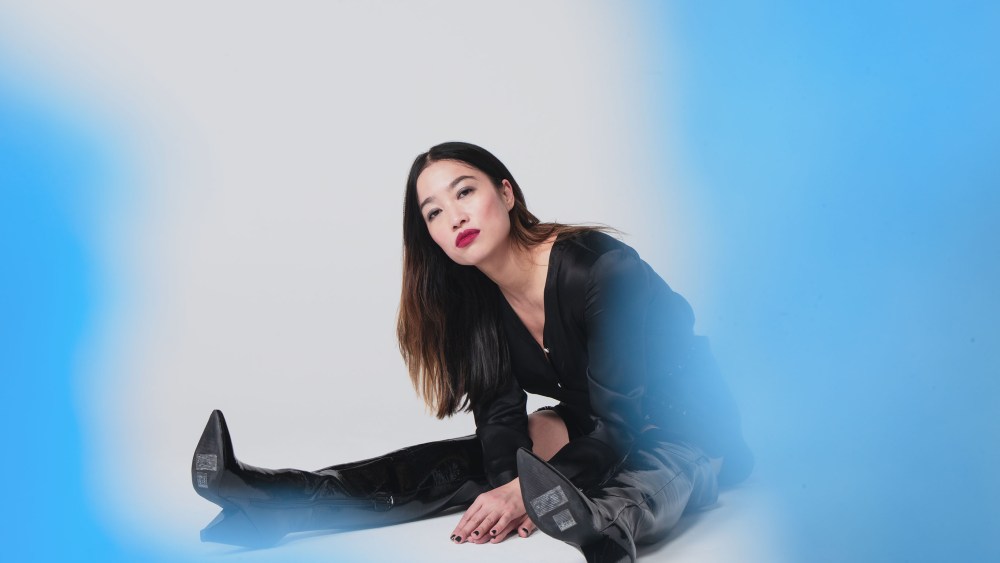 Chinese multimedia artist and model Yi Zhou has already conquered Rome, Paris and Shanghai — and L.A. is next on her list.

Zhou, who was born in Shanghai and grew up in Rome (her father is a successful Chinese businessman), made a name for herself in Paris more than a decade ago making surrealist shorts with titles like “The Dream,” “Hollowness,” and “My Heart Laid Bare,” the latter of which starred and was cowritten by Charlotte Gainsbourg. She has also created public artworks in Florence’s Palazzo Vecchio and Paris’ Place Vendôme and has been commissioned by Persol, Hogan and Diane von Furstenberg to create short films and video installations.

Upon moving back to Shanghai in 2010, she garnered attention as a fashion influencer, designing capsules for brands such as Iceberg, and was named art director of Tudou (the Chinese version of YouTube) and ambassador for Sina.com (which owns Weibo, the Chinese version of Twitter). “I was seen as an ‘exotic’ figure having grown up in Europe, so I had a lot of promotion in the media,” she noted. Along the way, her work was selected multiple times for the Sundance and Cannes film festivals as well as at the Venice and Shanghai biennales.

“I started to feel like I’d exhausted my welcome,” she said of the festival circuit. “The second time I went to Cannes they said, ‘You’re not going to come back until you have a feature.” She began writing one, called “Stars and Scars” in 2014, but “being in China I was too close to the subject of the movie which is to be set in Shanghai. Being there every day I couldn’t see anything clearly anymore.” She has since rewritten the script to include more American characters.

“I think making an American-Chinese coproduction will set a precedent for female filmmakers and that they will be very much the future, because there is so much interest from China to be able to invest in Hollywood,” she said.

Her production company Into the Sun Entertainment, aims not only to promote the work of Chinese artists in Hollywood but to also help fashion brands bridge entertainment and marketing in the two countries. “I never studied marketing but I am a good observer,” said Zhou, who studied at the London School of Economics and the American University of Paris.

After signing with Endeavor and taking more meetings in L.A., she decided to make the city her new permanent home.

“As vain as L.A. might be, there are a lot of people who work really hard. It’s a very competitive environment in China but I think here it’s even more competitive. I have to get up and fight every day, which is a good feeling,” she said.

Her latest project is a clothing line called Global Intuition that made its debut in Fred Segal. “I do mostly the business aspect because I’m not a designer,” she said, noting that Global Intuition has both Basic and Classic ranges and that a higher-end Heritage range will launch next year with capsule collections for Hôtel de Crillon and David Lynch.

“His filmmaking is such an inspiration to me,” she said. “I really like his details and the idea of the dream sequence and the way certain actors reappear years later. I think things happen for a reason. My line is Fred Segal because I walked by this cool store one day, not knowing what it was, and John Frierson (president of Fred Segal) was standing outside and we met by accident. But in reality, nothing is a coincidence.”