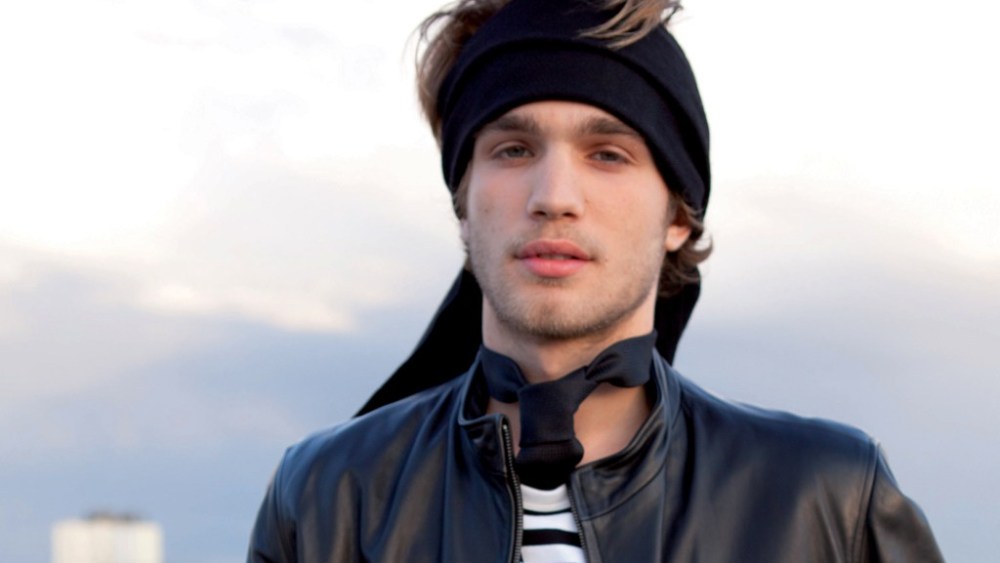 Agnès Troublé (better known as agnès b.) has had a fondness for Barneys New York for decades, and that only made her decision to design an exclusive men’s wear collection for the upscale New York retailer all the easier.

This week’s debut of the agnès b. homme capsule collection is a homecoming of sorts for the Paris-based designer, who used to sell her label to the Madison Avenue flagship years ago. Shortly after she opened a signature Prince Street boutique, Troublé was invited by Phyllis and Fred Pressman, Barneys’ former owners, to have dinner at their Manhattan apartment. In what was then the high-flying Eighties, they whisked her over in a chauffeured limousine and that memory has yet to fade. The trio became fast friends and the designer started selling her clothing at the store. Now with 10 subsidiaries, 282 freestanding stores and 2,000 employees, Troublé finds herself selling again to Barneys after a long absence.

Granted, the retailer’s management and point of view have evolved considerably, but Troublé still sees the human element first and foremost. Asked what she found most gratifying about this venture, she said, “They are very nice people to work with. It is very harmonious working together.”

Her exclusive men’s wear — slim suits, a motorcycle jacket, sweaters, shirts and outerwear — is being sold in Barneys’ Madison Avenue flagship, as well as its Beverly Hills and Chicago stores. The pieces, which are meant to be essentials for a well-dressed man’s fall wardrobe, are on the fourth floor in Manhattan near Burberry and Paul Smith. The line, which retails from $165 for a long-sleeve striped T-shirt to $850 for a wool overcoat, is also sold on barneys.com. A women’s offering may follow, according to Troublé, who said, “This may be the beginning of something.”

Barneys was on the hunt for “pure and modern clothes” that would appeal to clients who were squared away with weekend wear but needed “something more sleek for the city,” according to Tom Kalenderian, general merchandise manager and executive vice president of men’s and the Chelsea Passage. “Agnès b kept coming up as a reference to this minimalist mood, referencing timeless classics like the perfect white shirt, skinny black jacket and trouser — what better solution than to go to the source,” he said.

While Troublé has not dealt personally with Mark Lee, the leader of Barneys’ new regime, she said the change in direction may attract some younger customers. Art is such an integral piece of Troublé’s work that her Howard Street store has a gallery space for artist exhibitions.

Barneys’ artistic viewpoint is evident in the agnès b. styles, which include a T-shirt imprinted with photographs taken by the late actor Dennis Hopper. His son Henry, who stars is Gus Van Sant’s “Fearless,” due out in October, wore one of the Ts in the designer’s runway show in Paris in June.

Even though Troublé was reached Wednesday vacationing in Italy, she spoke of another important pursuit — championing French-made goods. “I am quite optimistic about that. But we need to work on that. That is one of my fights,” she said. “I am very loyal to the people who make my clothes. We need to provide work for them so it’s more expensive, but it is high quality and people appreciate the Made in France label. It’s starting to be a value, even Made in the U.S.A. is, too. It’s very interesting to people in other parts of the world. Some are not so happy to be [manufacturing] in China.”