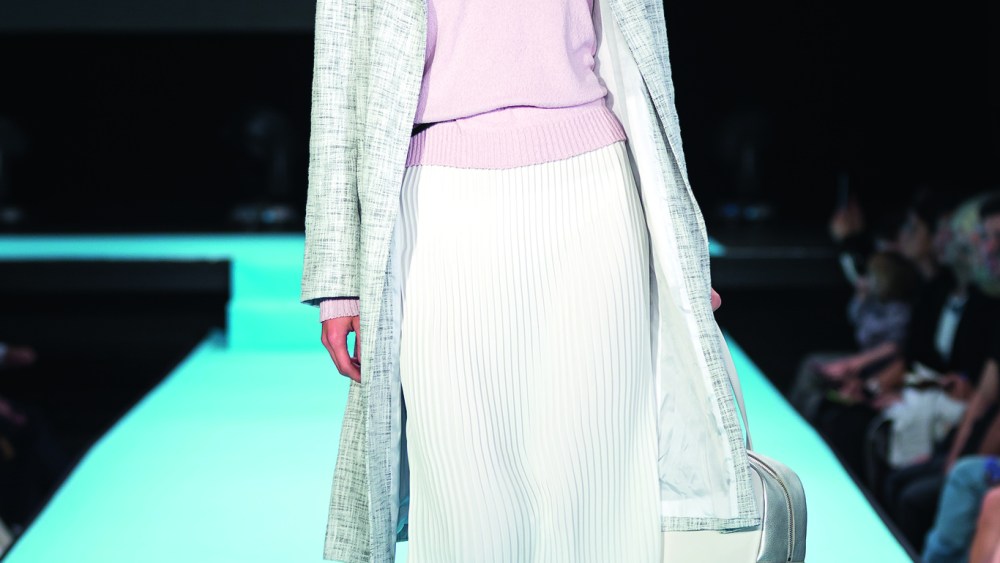 Agnès b., the 40-year-old French contemporary sportswear firm, wants to reestablish its wholesale business in the U.S.

Jason McNary, general manager of agnès b. U.S., was hired in September to spearhead North American operations and put the company back on the wholesale map in the U.S., as well as introduce the women’s and men’s brand to Canada.

Most recently, McNary was senior vice president of retail at Hoss Intropia, a Madrid-based clothing firm, where he handled e-commerce, wholesale and retail operations. Before that he was vice president of Calypso St. Barth.

Currently, agnès b. isn’t doing any wholesale business in the U.S. An agnès b. Homme capsule collection with Barneys New York ended last spring. The companies have a meeting set up to discuss a return. Earlier in its history, the women’s line was sold in Bergdorf Goodman.

“We’re targeting the major high-end luxury stores in the U.S. and Canada, as well as exclusive lifestyle stores that are multibranded,” McNary said. The first effort will be for fall 2016.

He noted that over the past 10 years, the company has been focused on building its business in Asia, and now the attention has turned to the U.S. The brand, which started in a converted butcher shop in Paris’ Les Halles district, is known for its timeless and chic designs and pared down looks, often worn by celebrities such as Yoko Ono, Helena Bonham Carter, David Bowie and Natalie Portman.

Today, agnès b. has 300 freestanding stores and shops throughout the world, in cities such as New York, Paris, London, Taiwan, Hong Kong, Dubai, Amsterdam and Tokyo. Agnès Troublé, owner and designer of the brand, is considered one of the wealthiest self-made women in France.

Opening more agnès b. stores is another initiative on McNary’s agenda, both in the U.S. and Canada. Currently, agnès b. has three stores in the U.S., all of which are located in New York City. The boutiques are on 1063 Madison Avenue (between 81st and 82nd Streets), 13 East 16th Street in Union Square and at 50 Howard Street in SoHo, which is a gallery boutique. McNary said they are looking to open a store in Greenwich, Conn., and would like to open another store in Manhattan, scouting such neighborhoods as the Bowery, Meatpacking District, and the Upper West Side. They are considering eventually turning one of their stores into a men’s only location. It also plans to renovate both the Madison Avenue and SoHo boutiques.

The privately held, family-owned company also seeks to expand its agnès b. Voyage collection of accessories and handbags, which account for 44 percent of the business globally, but aren’t wholesaled in the U.S. The handbags wholesale from $125 to $695.

McNary reports to Etienne Bourgois, chief executive officer of agnès b., who is based in Paris.

According to Bourgois, McNary will be responsible for the profitability of agnès b. U.S., and therefore will have overall leadership of all aspects of the U.S. operations, including human resources, administration, finance, marketing, and sales.

Describing Troublé’s aesthetic for her clothes, McNary said, “The point of view is the quintessential Parisian style. They are easy to care for and when possible made in France.” The minimalist line shows four times a year in Paris — two for women and two for men. He pointed out that the Prestige line is manufactured entirely in France, while the rest of the collection is made in Europe.

Agnès b.’s ready-to-wear retails from $65 to $695. The company, which has been selling online for the past four years in Europe and the U.S., sees the e-commerce channel as “a strong growth vehicle,” McNary said.

While commerce is the focus of agnès b. stores, film remains the designer’s first love. In spring 2014, Troublé released her first feature film ”Je m’appelle Hmmm…,” which she directed.