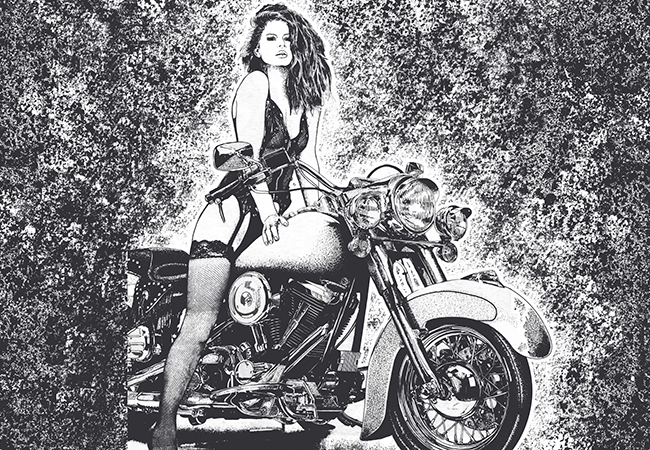 It’s understandable that on a personal level, men’s wear is one of the categories Alexander Wang finds most interesting. Designers need clothes, too. As the chief executive officer and creative director of his own brand, men’s is becoming increasingly appealing as a business driver, and Wang is taking steps to accelerate growth in the category, specifically by combining his ready-to-wear and T by Alexander Wang collections under one label as of fall 2017.

“My goal with men’s is really to align the offering with what our customer already recognizes,” Wang said. “We’ve found that men do not perceive a distinction between rtw and T by. They see the brand as one, so for us it makes sense to streamline the brand in order to grow it further and to respond to how our customer shops.”

Going forward, the breadth of the men’s collection will be branded with the black in-garment label currently used for the men’s rtw line. Under the new positioning, the collection will range in price from $90 for a solid cut-and-sew T-shirt up to $2,500 for a shearling coat.

T by Alexander Wang actually preceded the men’s rtw collection, launching in 2010, with the main men’s line following the next year. Wang said customers weren’t confused by the two different labels, “it was more that he didn’t pay attention, nor care.”

He described his men’s customer as “super loyal,” wide-ranging in age but with common ground in terms of their urban lifestyle and casual attitude yet desire for craftsmanship and luxurious materials. “Our men’s wear customer is driven to purchase by item rather than by look as our women’s wear customers do,” Wang said. “Say, for example, he falls in love with one of our sweatshirts, he will buy multiple units. We hear of this happening all of the time in our stores and at the wholesale level.”

Designwise, the collection will continue to be street style-focused with an emphasis on graphic elements. There will be a core collection, as well as the seasonal offerings. “From a business perspective, combining men’s under one label streamlines several parts of the business to customers, as well as internally to suppliers and factories,” Wang said. “We can focus on expanding product offerings, quality and technical experimentation.”

Wang declined to give total sales volume for his men’s business but said men’s rtw and accessories account for 15 percent of his total revenues. Men’s is sold in 195 wholesale doors globally. His strongest men’s wear markets are the U.S., Japan, China and the U.K. “with massive growth potential in each of these markets,” he said, noting that he’s happy with his current retail network; the focus now is to encourage his current retailers to buy more deeply into the collection and with greater breadth. The collection will be shown to buyers from Jan. 20 to 28 at the Alexander Wang Paris showroom, which falls during Paris Men’s Fashion Week.

To put an increased focus on the men’s lineup, Wang started showing it during his women’s runway show at New York Fashion Week with his 10th anniversary, spring 2016 collection, which has paid off in terms of communication and sales. He plans to continue to show both collections on the same runway. Still, the men’s and women’s businesses operate differently. Wang still believes in the distinction between T and the main collection for the women’s market.

“Our women’s offering is more diverse so it makes sense to maintain two separate lines,” he said. “I’ve always said from Day One that T is not a diffusion line; it is complementary to the main line and we work very diligently to make sure there is never crossover nor dilution.”