The East Coast’s version of the Mall of America is here.

After more than a decade in development, American Dream has finally opened its doors to the public.

In a week where the Tristate area saw the opening of Nordstrom’s first New York City flagship, now the long-awaited American Dream $5 billion supersized shopping mall is open to the public, taking up a 3 million-square-foot outpost in East Rutherford, N.J.

American Dream is in a way the East Coast’s answer to the Midwest’s Mall of America — and is created by the same real estate developers, Triple Five Group — boasting entertainment offerings like an indoor water park, amusement park, NHL regulation size ice rink and an indoor snow park, as well as roughly 450 retailers that will open by spring 2020.

From the 18 acres of entertainment activities to the 60-foot fountain that converts into a fashion runway, here is everything you need to know about American Dream. 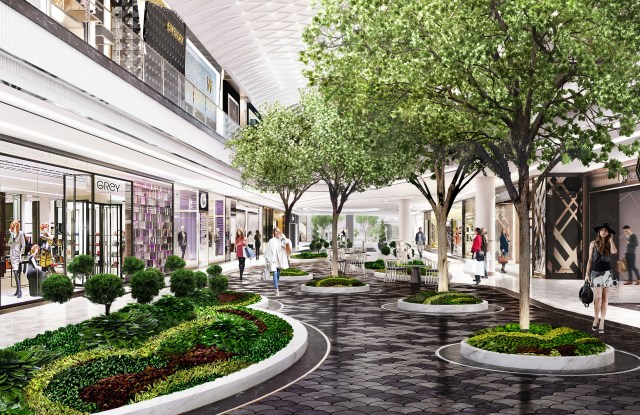 A rendering of The Collections at American Dream.  Courtesy Photo

While many of American Dream’s stores won’t be open until spring 2020, the complex touts more than 450 retail outposts, including The Collection, its two-floor luxury shopping zone.

Among The Collection’s 100 retail stores are Louis Vuitton, Tiffany & Co., Moncler, Saint Laurent and Hermès, which is opening an 8,000-square-foot, two-level store. 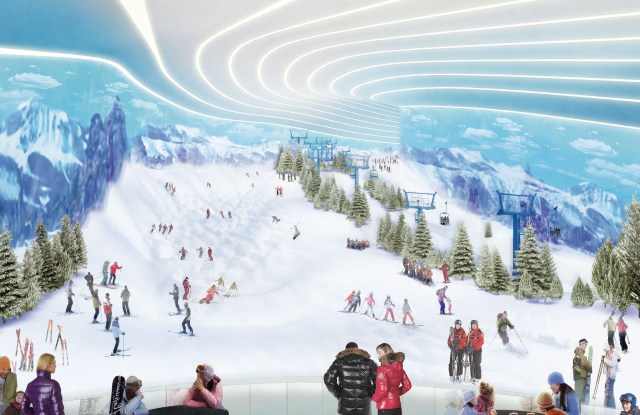 Situated under an 8-acre glass dome, DreamWork’s indoor water park will open on Nov. 27. The park will include 40 water slides, 15 attractions — like the Madagascar Rain Forest and Shrek’s Swamp — a 1.5 acre wave pool and a 142-feet-long body slide.

American Dream will ultimately have 100 dining destinations, ranging from fast-casual spots to restaurants run by celebrated chefs. There will be 20 full-service restaurants and a Coca-Cola “Eats” Food Hall and Kosher Food Hall. 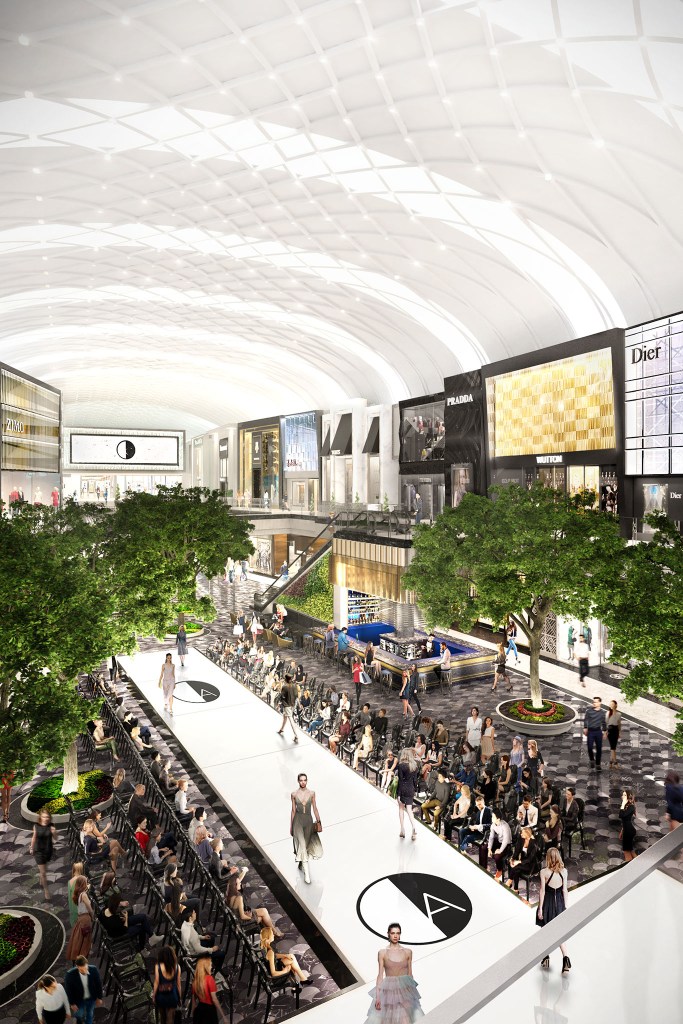 A rendering of a fountain that converts into a catwalk at American Dream.  Courtesy Photo

Downing has plans to host fashion shows at American Dream, with the complex’s Koi Court featuring a 60-foot fountain that converts into a runway. There will also be a 60-foot entertainment atrium available for fashion shows and other live events. He is working with the CFDA to bring in young talent to the space and with Parsons School of Design and the Fashion Institute of Technology.

Downing is also introducing eight to 12 sitting salons to The Collections, where customers can relax and drink champagne while they shop and wait for assistance.

American Dream also boasts six atriums each uniquely designed to offer Instagrammable moments. One area is designed with tree-like sculptures equipped with 75,000 LED lights that perform along with music.

There will be museum-scale areas featuring artwork from emerging artists in the New York and New Jersey areas. American Dream will also be launching a community-centric art project with En Masse, a global arts initiative, where a 60,000 square-foot mural features art from community workshops and submissions from local artists.

American Dream is located five miles from Manhattan, sitting near the Meadowlands Sports Complex. It has partnered with NY Waterway to offer a free shuttle bus to and from American Dream, picking guests up at the West 39th Street Midtown Ferry Terminal and dropping them off at Port Imperial in Weehawken, N.J., where buses will take them to the complex.

What to Watch: Spring Arrivals for Luxury at American Dream

How Retailers Can Prep for a Shorter Holiday Season

What to Know About Nordstrom’s NYC Women’s Flagship