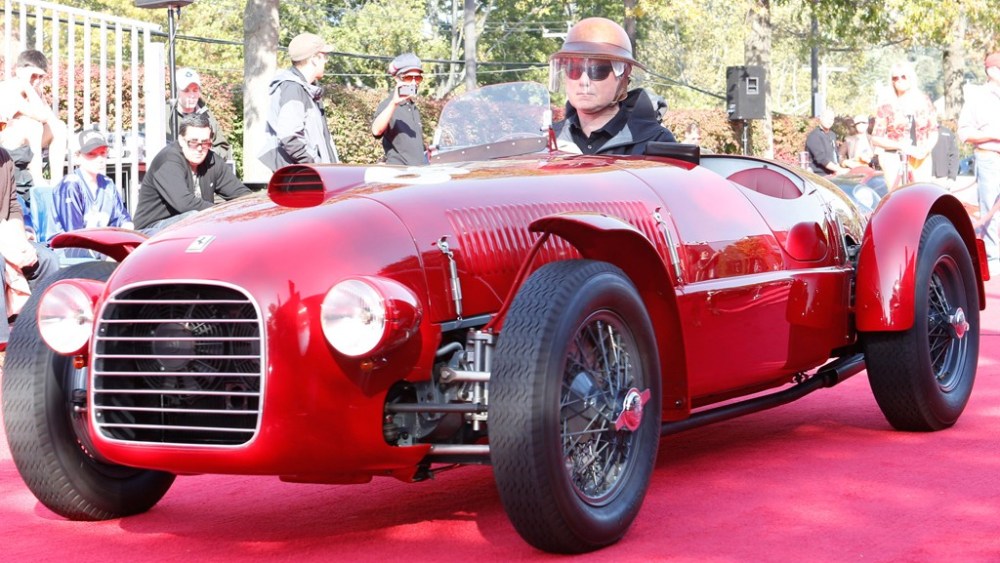 The owners competed for various awards, and the sale of raffle tickets, priced $250, benefitted the Sunrise Day Camp for children with cancer and their siblings. Alexander C. Klatt, vice president of global design of Fisker Automotive was guest of honor.

Among the winning vehicles, the 1953 Fiat 8V took the trend-setter award and the 1964 Ford GT 40 won best in competition. Both vehicles are owned by Autosport Design. The best in show went to the 1947 Ferrari 159S Chassis Number 002C, owned by James Glickenhaus. “It’s the oldest surviving Ferrari. It’s unbelieveable. It looks like an box car race car, with no roof and a windshield no bigger than an iPad,” observed Dierdre Costa Major, president of Americana Manhasset on Long Island. Glickenhaus, who is from Rye, N.Y., added to the spectacle by driving into the Americana’s parking lot wearing an old leather helmet. “He’s got a most unusual collection for sure,” Costa Major noted. All the winners received Tiffany crystal awards. “Eight years ago, we staged a Ferrari-only event with over 200 red Ferraris from the neighborhood. But other companies wanted to be included so we opened up the competition.”