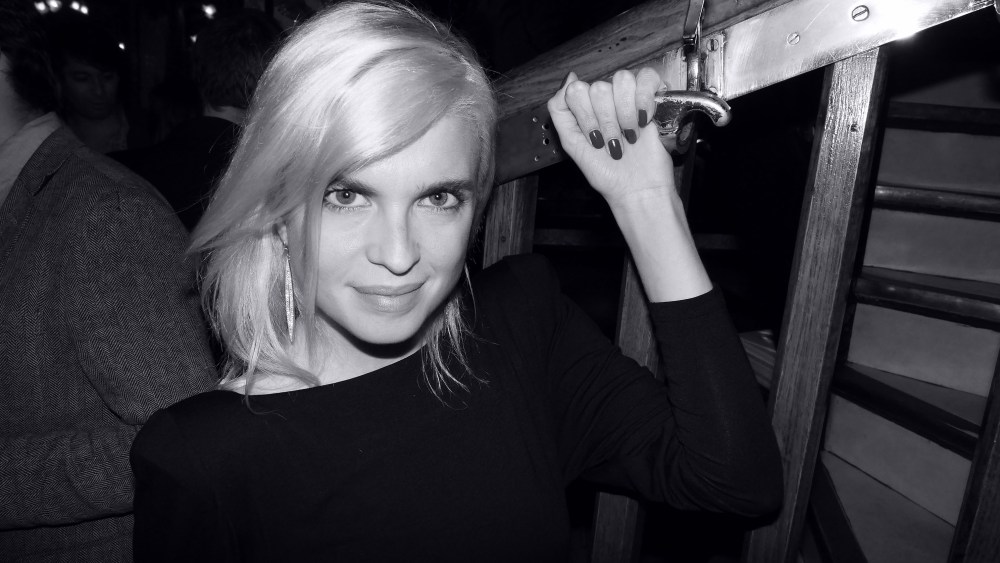 CITY OF LIGHT: APC and Purple magazine hosted a dinner at Brasserie Lipp, the quintessential French bistro in Saint-Germain-des-Près, on the second day of Paris Fashion Week.

“You come to Lipp for the scene,” said APC founder Jean Touitou, who explained the prime location in the restaurant is the left corner, while tourists often get seated near the entrance, or upstairs, considered Siberia. “The back is more intimate,” he explained.

“The clover brought me luck,” said Seward. She was referring to her black dress printed with clovers — picked by the City of Paris for its campaign to back fashion. Banners featuring the dress are being displayed all along the Avenue des Champs-Élysées and throughout the city.

Heriard Dubreuil said she’s prepping for the opening of the Webster’s first location outside of Miami, in Houston. Over floating island, Emmanuel Perrotin said he has an exhibit and book project with Calle.

“Our cover girl is in Hamburg tonight,” said Zahm, referring to Catherine Deneuve who was shot by Juergen Teller for Purple’s fall issue.

After dinner, some guests hit Chez Castel, a nightclub a stone’s throw away.

Meanwhile, the County of Milan designer Marcelo Burlon was manning the decks at Le Pompom, a hot club of the 10th arrondissement that reopened on Avenue de l’Opéra. His set followed the release of a T-shirt and a bracelet in collaboration with DJ Davide Squillace at Colette earlier in the day.