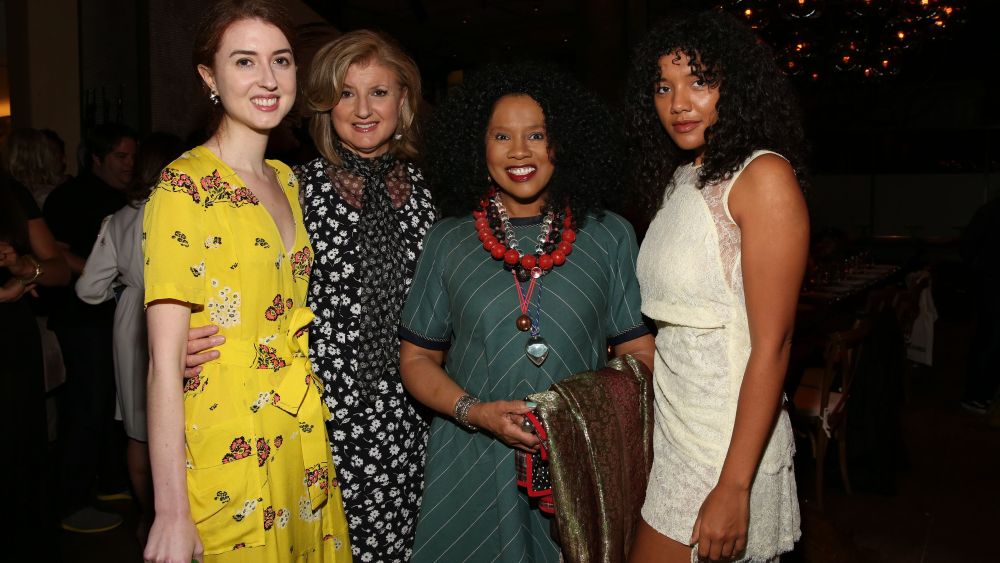 “Sleep deprivation is like the new smoking,” proclaimed Arianna Huffington, clad in a blue-and-white floral frock, before a Tuesday night dinner in celebration of her new book, “The Sleep Revolution: Transforming Your Life, One Night at a Time.” Anna Cleveland, Ally Hilfiger, Meg Ryan, Wendi Murdoch, Paul Haggis, Leigh Lezark and Cleo Wade were among the crowd at NeueHouse toasting the publication with a hearty meal and some wine — this, despite the book’s claim that alcohol acts as a “sleep disruptor.”

Huffington became interested in the topic of sleep after a personal incident. “I collapsed from sleep deprivation nine years ago and broke my cheekbone,” she explained. “I started studying the science of sleep and how essential it is for our health as well as our productivity and happiness, and then I tried to convey that to my two daughters.” The dinner was celebrating one of those daughters as well — Isabella, an artist — who had created a bookmark to accompany the book.

So how much sleep does the mother/daughter pair actually get?

“I get eight hours. That’s my optimum,” Huffington noted, while her daughter added, “If I listen to what my mom has told me, eight to nine [hours]. If I choose to ignore her advice, then I’m up and down all night. Sometimes I get cocky and I’ve slept really well for a week, so I check my phone before I go to sleep and I go on my computer. And then I’m up at 3 a.m.”

Huffington was keeping the crowd up that night, although not too late — the dinner had emptied out by 10:30 p.m., which left plenty of time for a full night’s rest.