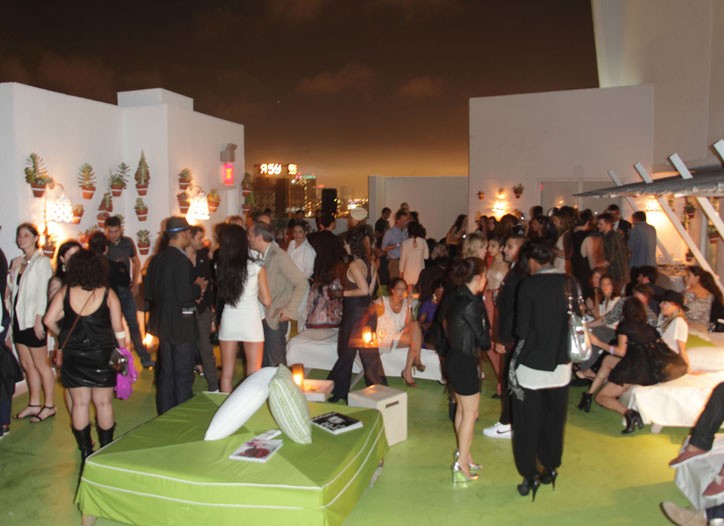 The era of the 30-minute hold on a painting at Art Basel Miami Beach might be over, but dealers were still ringing up sales during the annual art fair, which officially kicked off Wednesday.

“I think the spirit is very good compared to last year,” said megacollector Eli Broad, who picked up a piece from James Cohan Gallery. Others were buying, too: Blaine Trump got a piece at satellite fair Art Asia, and developer Aby Rosen picked out a sculpture by young artist collective Bruce High Quality Foundation.

“You get a good feeling from buying something inexpensive,” said Rosen.

Lucky thing he saved money, because the lavish Champagne-soaked dinner he cohosted with Peter Brant and Tico Mugrabi on Thursday at his W hotel’s Solea restaurant was not frugal. (Neither was Stavros Niarchos, Alex Dellal and Vito Schnabel’s after party in the hotel’s Wall nightclub.)

“I used to have a tennis competition in London at the same time. Since I’m over the hill and not wanted there anymore, I’m here,” explained McEnroe, who earlier in the evening joined Chuck Close and Whitney trustees Brooke Neidich and Allison Kanders at a cocktail party for the museum at The Standard hotel. Meanwhile, Pucci’s Peter Dundas was feted at high-end boutique The Webster.

The previous night, Campbell put in an appearance at François Nars’ party for his book, “15×15,” cohosted by Chandelier Creative at The Standard, while others hit Santigold’s performance at the Raleigh Hotel and a fete for artist Teresita Fernandez at the Setai.

“I am an Art Basel virgin, and I had to pop my cherry with style,” said the publisher with a wicked grin.

Later, everyone headed down to the Florida Room for the Purple magazine/Design Miami soiree hosted by Le Baron.

As the 76-year-old Broad said, “The only problem with Art Basel is you stay out late and are fatigued the next day.”