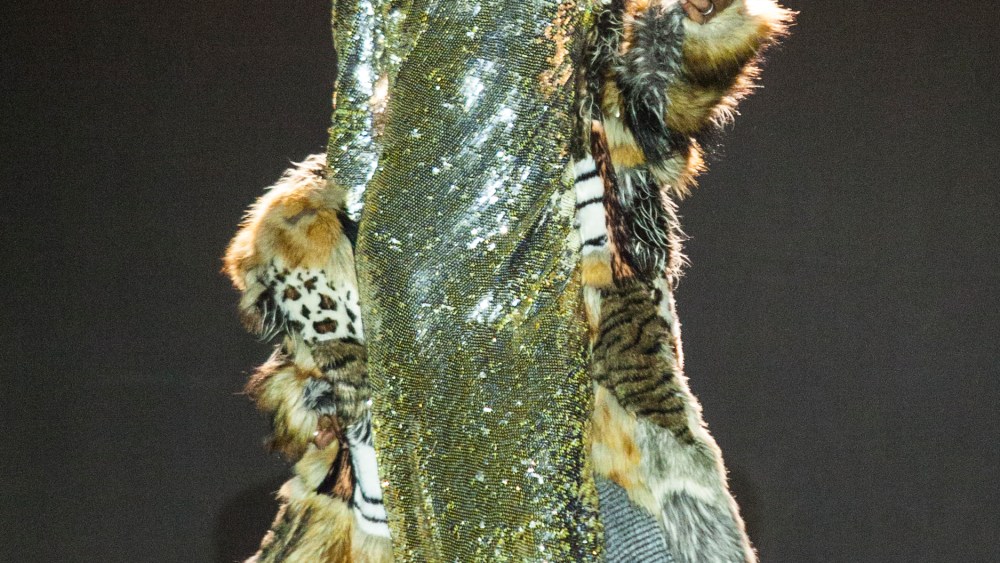 ASHISH’S ASSORTMENT: Ashish Gupta marked his 10 years of showing at London Fashion Week with a show at the Victoria & Albert Museum on Friday.

“It was two weeks of nonstop working, going through more than 2,000 samples,” Gupta told WWD. “I’ve kept it really personal and edited it to what my favorite looks were from over the years. I wanted to be quite self-indulgent in a way,” said the London-based Indian designer, who is known for his rainbow sequins, frayed metallic denims as well as hand-beaded pieces.

The retrospective show, which included 30 of the designer’s favorite runway looks, was presented as a part of the museum’s “Fashion In Motion” series. Previous designers that took part include Alexander McQueen, Roksanda Ilincic and Vivienne Westwood.

The former Central Saint Martins graduate debuted at London Fashion Week in 2005. Gupta has won the Topshop New Generation award three times and the label is currently stocked in stores worldwide, including Colette in Paris, Jeffreys in New York and Net-a-porter.

“This journey has been very emotional,” said Gupta. “I’m really happy because we’re still a small brand and I think it is amazing that I still get to do the things I want to do and make a living out of it. I’m also incredibly flattered that the Victoria & Albert wanted to be involved in this,” said the designer.