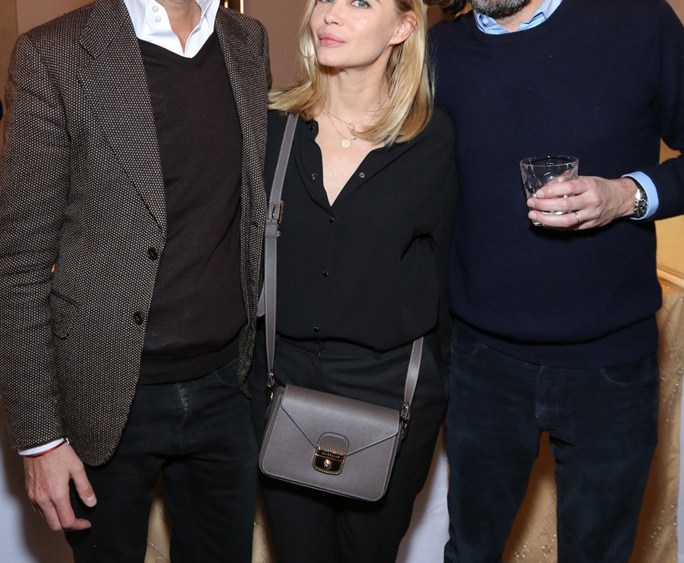 WEDDINGS OF THE WORLD: A handful of French actresses — Emmanuelle Béart, Sylvie Testud, Karin Viard and Audrey Fleurot — were among the more than 300 guests at Baccarat’s Paris flagship Friday evening for the unveiling of its spring collection with a “wedding in color” theme.

For the occasion, the French crystal specialist set sumptuous dining tables lined with a colorful, eclectic collection of vases, glasses and other tableware inspired by wedding traditions from around the world.

“I have Russian, Greek and Maltese blood. For important occasions such as weddings, the Greeks break glasses after drinking in them, otherwise it’s bad luck,” explained Béart. “When I was a young girl, I was distraught [by the tradition], specially since they had to be crystal glasses for good luck.

“Now it’s my daughter who breaks glasses, but out of awkwardness,” she laughed.

The actress is to start rehearsal next week on a play named “Je suis Fassbinder,” staged by Falk Richter, which will be performed at the Théâtre National de Strasbourg and then at the Théâtre national de la Colline.

“I am very proud. It’s much better than my first film,” he said, referring to “L’amour dure trois ans.”

“It’s about having fun, celebrating parties from around the world — the Indian, Chinese, etc.,” she told WWD. “Baccarat is a global company.”

Francis Kurkdjian, who created a fragrance named Baccarat’s Rouge 540 for the house’s 250-year anniversary, is working on a scent for Alexandre Vauthier’s couture show on Tuesday.

“There’s a bohemian-chic vibe,” he said.

Meanwhile, John Nollet said his second couture hair accessories collection created with ateliers including Lesage embroiderer and Lemarié, a feathers specialist, is to debut on Sunday at Colette.

“The inspiration is fireworks,” revealed Nollet.