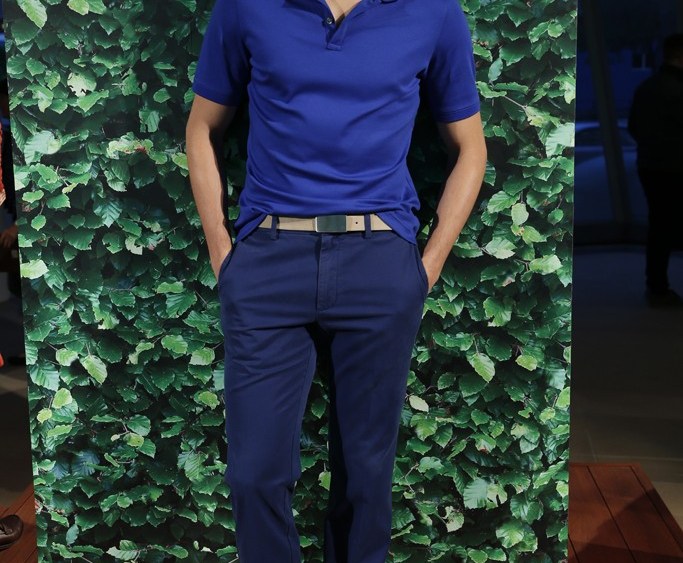 On Tuesday evening, creative director Simon Kneen presented Banana Republic’s spring collection. Broken up into four groups, the first one, called Cabana Prints, focused on nautical stripes and classic tile patterns, all in a blue-and-white colorway. Then came Vivid Brights, a play on monochromatic looks in bright oranges and greens, followed by White on White, which was full of texture and varying shades of white. The last portion was the retailer’s third installment of the “Mad Men” collaboration between Kneen and “Mad Men” costume designer Janie Bryant. This go round, they showed a playful mix of Sixties Mod pieces mixed with graphic prints and A-line shapes.

As for the men’s clothes, simplicity was the key element. Kneen worked an array of softly tailored suiting, bomber jackets, luxe polos and polished knitwear, all infused with both bold colors and whites, as well as stripes and geometrics. The result was polished while still relaxed.