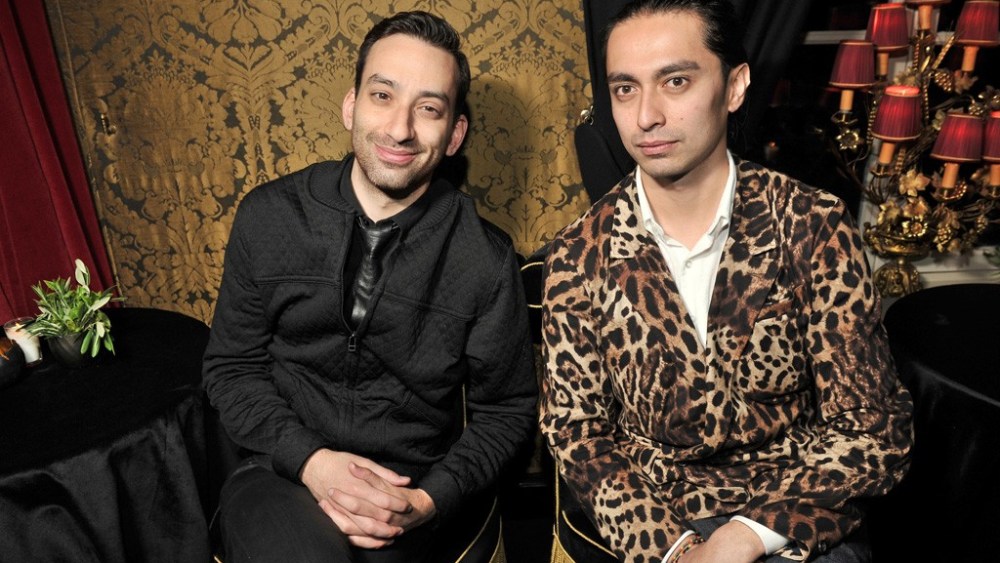 STYLE POINTS: Some of the edgiest designers in men’s wear gathered at the Hôtel Particulier in the Montmartre district of Paris on Saturday night to fete the collaboration between Russell Westbrook and Barneys New York.

Marcelo Burlon, Maxwell Osborne and Dao-Yi Chow of Public School, Brandon Svarc and Bahzad Trinos of Naked & Famous and Gemo Wong of Nike’s Brand Jordan were among those who joined Barneys chief executive officer Mark Lee at the crowded party.

The Westbrook XO Barneys New York line of sportswear and accessories, due to hit the retailer’s stores in August, includes apparel from Jordan, Marcelo Burlon County of Milan and Naked & Famous, as well as accessories from Want Les Essentiels, Selima Optique, Del Toro and Globe-Trotter.

“We think he has unique style,” said Lee. “He changes his clothes every day and he never repeats, so he has to be savvy about a lot of brands.”

Westbrook, wearing a Jordan anorak, T-shirt and sweatpants, took over the Barneys New York dedicated men’s Instagram channel @Barneysman on Saturday to document his trip to Paris, though prior to the evening’s events, his photos featured mainly rain, and more rain.

“The weather’s been changing,” the Oklahoma City Thunder point guard said with a smile. Westbrook confirmed he never wears the same outfit twice, adding that he donates his used clothing. “I go to Goodwill, I go to friends, people in need, my brother, family — whoever needs it, I get it over to them and let them use it,” he said.

The basketball player described the ongoing collaboration with Barneys as “a dream come true” and said he was looking forward to expanding it in future seasons. “This is the start of a Westbrook brand,” he said.

For Wong, design director of energy products at Brand Jordan, the collaboration has opened a lot of doors.

“It’s new in fabric, fit and style, so overall, it’s new. Price points are new for us — it’s a lot higher than we traditionally have gone. The distribution, definitely — we’ve never been in Barneys. We’ve always seen Barneys as a pinnacle retail expression for us,” he said, adding that athletes were the new trendsetters.

“Our consumer more and more often is looking at athletes as the new muse, as the new style icons, especially now. You see individuals like Russell, like LeBron [James], who are setting themselves apart, being more individuals and being different. So I think that this is just the start of a new beginning,” Wong predicted.

“I’m the most excited about the denim jacket that we’re doing, which is going to be like a color-blocked denim jacket with a ribbed collar in a gray Japanese stretch denim,” said Svarc. “Maybe he has some hard-core fans that are going to buy it just for his name. I don’t know. I guess we’ll wait and see.”