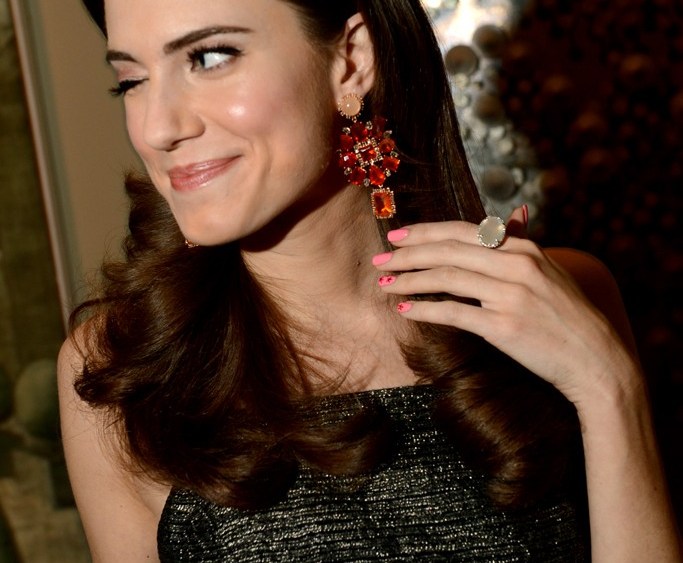 On Wednesday evening, Barneys New York hosted a quiet supper at the home of Mark Lee to toast bijoux designer Irene Neuwirth on her recent Council of Fashion Designers of America nomination for the Swarovski Award in Accessory Design.

Neuwirth graciously made the rounds. “This is amazing, I feel kind of like a superhero tonight,” she said, her quirky gap-toothed grin on full display. The designer, exuding her signature bohemian chic in an easy Marni frock, divulged how she was told of her nomination. “[CFDA chief executive officer] Steven Kolb called me. It was so embarrassing because I was trying to be supercool and calm but everyone in my office was like screaming their heads off with excitement. I was like, ‘Shhhhh!’”

Bonnie Morrison and Nate Berkus kicked back on a slate Erwin-Lambeth ultrasuede sofa. Close by, Reed Krakoff and Andrew Rosen were engrossed in conversation under an archway of Janson Goldstein-fashioned bookshelves. In the next room, Wes Gordon and Allison Williams spoke in hushed tones on a vintage Knoll bench.

“Aren’t these gorgeous?” Williams asked later in the evening, thumbing a glimmering cluster of fire opals, peach moonstone and rose cut diamonds dangling from her ear. “I got sent the most beautiful pdf I’ve ever seen in my whole life where I got to look at a bunch of Irene’s pieces and pick what I wanted to wear. It was so hard to choose. And then, we sort of framed the earrings with my hair,” she said of her immaculately coiffed locks, styled to curve around her lobes. “It’s all deliberate.”

With the second-season finale of Williams’ HBO hit “Girls” airing last Sunday, the actress revealed which scene of the season has been toughest to sit through. “The episode before the finale, I watched it with five of my girlfriends, all of whom I’ve known since kindergarten and that scene where I was singing…they almost had to leave the room because they were all so mortified,” she said. “I actually did [leave the room]. I couldn’t watch. I watch all the scenes on our show, and I mean all the scenes, and this was the first time I really couldn’t make it through. Well, it’s supposed to be mortifying so, I mean, at least it produced the desired effect.”