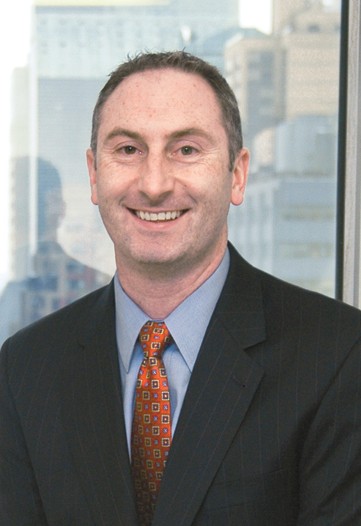 The severity of the global economic pullback is subjecting the old adage that beauty products are recession-resistant, if not recession-proof, to its toughest challenge yet.

Of those companies, only Revlon and Sally Beauty were able to pull better profits out of lower sales and were rewarded handsomely for the feat by investors on Thursday, as was Shiseido. In at least some cases, consumers are shifting to lower-priced stores for their beauty fix. Looking ahead, currency fluctuations are expected to continue to weigh on bottom and tops lines, and sales will likely remain weak.

A.G. Lafley, Procter & Gamble’s chairman and chief executive officer, told Wall Street on a conference call that the market had, in effect, come to him.

“One of the things that’s going on right now that’s good for us is [a] big part of the beauty trade-down is out of department stores and out of specialty stores into the array of self-select kinds of stores” where customers buy without the help of sales attendants, Lafley said.

But the stiffest competition might ultimately come from shoppers’ own cabinets.

“Consumers stock up on a number of these products,” said Erin Smith, an equity analyst covering consumer staples for Argus Research Co. “In a recession they can look through their cabinets and see they have five different skin creams.”

The firm’s shipments of prestige fragrances, which include Hugo Boss, Lacoste, Dolce & Gabbana and Gucci, decreased more than 20 percent as markets contracted and retailers cut inventories. Shipments of beauty goods were hurt by destocking in Central Eastern Europe, the Middle East and Africa after the company increased prices to offset currency fluctuations.

“We do expect some continued pressure from retailer and distributor destocking,” said Teri List, senior vice president and treasurer, who noted there has been strength in the Olay business.

The consumer products giant, which has 138,000 employees across 80 countries and a broad range of products, registered an overall 3.6 percent drop in profits on an 8 percent decline in sales.

Revlon went back to the black in the first quarter ended March 31, posting a profit of $12.7 million, or 25 cents a diluted share, compared with a loss of $2.5 million, or 5 cents a share, a year earlier, when restructuring charges crimped results. Sales declined 2.7 percent to $303.3 million, but would have risen 3.8 percent without currency fluctuations. Revlon acknowledged that earlier shipments of new products to retailers helped boost first-quarter sales.

David Kennedy — who effective today is vice chairman, handing over the president and ceo reins to Alan Ennis — said Revlon’s color cosmetics continued to gain traction globally, but added, “If the current currency rates do continue, they’ll obviously have an adverse impact.”

When asked on a conference call with analysts how many new products Revlon’s launch cycle can accommodate, Kennedy said, “It’s not a question of the number of [stockkeeping units] or the number of offerings. We’re planning out three years for our portfolio strategy.…Our end objective is to have profitable sales growth.”

At Sally Beauty Holdings, Gary Winterhalter, president and ceo, told analysts, “We had a good quarter and performed well in a difficult environment [and] continue to believe our business is recession resistant.”

Going into the next six months he said the company was “cautiously optimistic.”

Fine fragrances took the biggest hit during the first quarter ended March 31, while the firm’s beauty care unit, which includes toiletries, was up, according to Robert M. Amen, chairman and ceo of IFF.

Amen told analysts that a sharp economic slowdown in the fourth quarter of 2008 and into 2009 reflected both a drop in consumption of fine fragrances “from weak holiday sales” and a significant inventory correction by the firm’s fine fragrance customers in Europe, Africa and the Middle East and North America.

Functional Fragrances sales were flat versus the first quarter of 2008 in local currency. Operating profit in the fragrance division decreased 23.4 percent to $36 million. The decline reflected lower volumes, higher input costs, a weak sales mix and an unfavorable exchange rate impact of $5 million that was only partially offset by price increases, lower overhead and operating expenses, according to the company.

“Raw material costs increased compared to a year ago,” said Amen, noting the fine fragrance market is facing significant “challenges that will persist for some time.”

At Nu Skin, earnings for the first quarter ended March 31 fell 12.2 percent to $11.8 million, or 19 cents a share, on a 6.4 percent drop in revenues to $139.8 million. The company has restructured its operations and cut costs in an effort to boost profit margins, and its international push has made it less reliant on any single market.

On a conference call with investors, chief financial officer and chief operating officer Myles McCormick pointed out several times that retailers worked at “historically low” inventory levels in the quarter — a challenge for the beauty market as a whole.

“I think everybody is challenged to calibrate their businesses appropriately to manage in this environment, and like us I think our partners are trying to do the best they can to make sure that they’re managing their business appropriately,” he said.

Across the Pacific, Shiseido’s full-year results slid as consumer demand for cosmetics deteriorated in its home market of Japan.

Net profit for the year ended March 31 fell 45.4 percent to 19.37 billion yen, or $193.7 million at average exchange rates. That’s slightly lower than the 21 billion yen, or $210 million, estimate given March 31, when the company issued a profit warning.

Shiseido said it posted extraordinary losses on restructuring costs and losses from overseas subsidiaries. Sales within Japan, which account for 63.5 percent of Shiseido’s business, slid 6.7 percent despite a series of skin care launches such as Synergique and Revital Granas.

“During the period, consumer sentiment cooled suddenly as the economy deteriorated,” the company said. “This led to dramatic changes in the market, including a heightened trend toward price rationalization.”

The appreciation of the yen caused international revenue to slide 0.9 percent although the company said it enjoyed a “high level of sales growth” in China.

“Anticipating recovery in the year ending March 2011 and thereafter, we will focus on strengthening our basic foundation so that we can return to a growth trajectory as quickly as possible,” the company said.