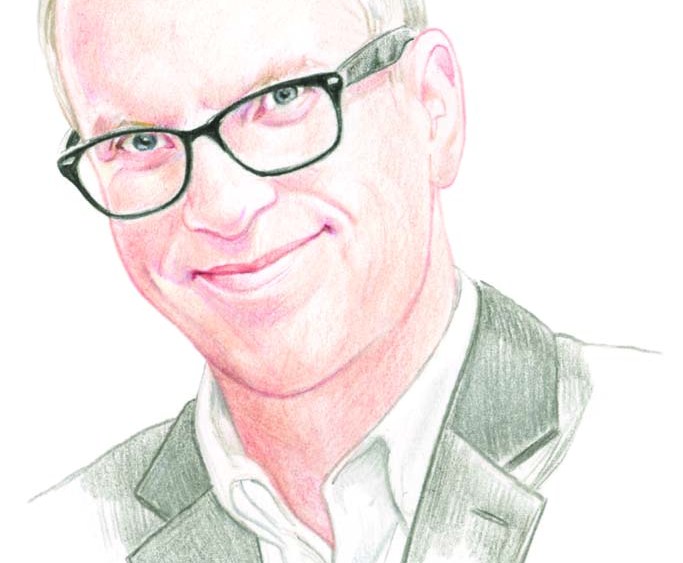 If Donald Robertson were a song, he’d be “Love Shack” by The B-52’s: slightly zany, super-colorful and utterly irresistible. Robertson, whose official title is creative director at large, The Estée Lauder Companies, is also an illustrator nonpareil who has exploded on Instagram (@drawbertson), with 165,000 followers. But he’s expanded far beyond social media, from acting as artist in residence at Violet Grey to creating an entire merchandising platform for the Chelsea boutique Story to conceiving lipstick launches for Smashbox. Robertson has ushered in an era of creativity and imagination where stasis used to rule. “Something that was once promotional has now become an art event that connects brands with customers,” he says. “It’s a whole new way of reaching out and creating a commotion.” Robertson credits Leonard Lauder and John Demsey with giving him the freedom to pursue his creative vision and then apply it to the company’s various brands. “I am very antifocus group and I always have been,” he says. “Instagram is the ultimate truth.”