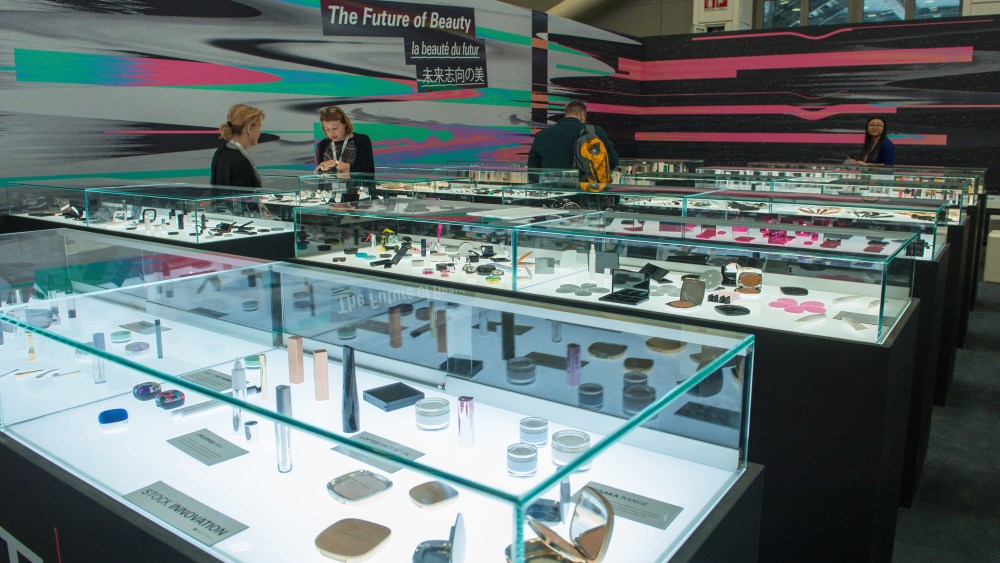 From South Korea to Italy, companies such as Intercos, HCT and Gotha have over the past 12 months made acquisitions or started up operations in new facilities in order to maintain their sharp edge.

The Ultas and Sephoras of this world are emphasizing the need for speed, and it’s their consumers, especially from Generation Z and the Millennials, beating the drum ever louder.

The call for change comes also from indie brands that work in a flexible, lickety-split fashion, requiring their supplier partners to do the same for decision-making, tweaking and twisting of formulas — almost in “real-time.”

While such demands are ratcheting up, there is a growing number of players jockeying for pole position, cranking up the heat even further.

“Today it’s more interesting because we start to have more competitors. The competitors are challenging. You really want to kill them,” said Dario Ferrari, chairman of Intercos, the industry’s dominant cosmetics supplier, with a laugh.

The executive was speaking with WWD at company headquarters in Agrate Brianza, just outside of Milan, a day prior to the start of the recent Cosmoprof Worldwide Bologna beauty trade show session, which ran from March 15 to 19.

“To kill the competitors, you need to be the best,” Ferrari explained.

Innovation is his weapon of choice, so Intercos plans to double its capacity for that in part due to its investment in Asia, especially South Korea, where a new plant was built in just six months through its joint venture with Shinsegae, called Shinsegae Intercos Korea Inc.

Elsewhere in Asia, Intercos has four plants in China, and in February it revealed a joint original design manufacturing (or ODM) business venture in Japan with Sumitomo Corp.

In the U.S., Intercos is considering making a purchase to expand capacity. “But there are not many things to buy in the States,” he lamented. Overall, the executive said he finds companies expensive these days.

Still, in June, Intercos bought Cosmint, the Olgiate Comasco, Italy-based manufacturer of skin, hair and body care with 15 factories and 11 research centers in Europe, Asia and the United States. That activity last year generated revenue of about 700 million euros.

Internally, Intercos has been undergoing some changes as well. In August, the Ontario Teachers’ Pension took a 20.588 percent stake in the company. Last January, Renato Semerari was named chief executive officer, with oversight of Europe and the U.S. Ferrari, meanwhile, still steers Asia and innovation for the group.

“We are planning to balance Europe — [which] I believe is very strong — with South Korea, with Asia, so we have two very strong innovation points,” he said.

“We are trying to get the best from each country,” Ferrari continued, listing lipstick produced from the U.S., foundation from Asia, powder from Italy and skin care from Switzerland, for instance.

Intercos is far from alone in stressing acquisition and innovation in its pipeline.

“The primary challenge is the demand for innovation,” said Tim Thorpe, president and ceo of HCT Group, repeating the last word five times for emphasis. “Our goal is to create and commercialize 52 innovations a year, one a week. The delivery system is key and the formulas are changing more than ever before,” he continued. “Twenty years ago, you had an interesting format or a great marketing strategy or something in packaging. Today, the whole thing has to be great.”

HCT Group had sales of about $700 million in 2017, and Thorpe is projecting a 10 percent increase for this year. Noting that the company talks to at least one new brand a week, he continued, speaking at Cosmopack, the cosmetics packaging trade branch of Cosmoprof, “It’s a bigger market, but it’s also more competitive.”

New products at HCT focused on growing sociocultural trends, such as a long-wearing, sweat-resistant foundation formula that was showcased as part of the Ath-leisure collection. The company also showed a talc-free, water-repellent eyeshadow that remains crease-free, capitalizing on a growing trend of carrier oils as effective bases for shadows.

For its part, Chromavis, a division of Fareva, is focused on the U.S. market and improving its speed of innovation, moving from a development period of 24 months to six to nine months, said Benoit Portier, executive vice president of sales, marketing and R&D at the company, which is owned by Fareva. “Brands today are shoppers,” he said. “Product development has changed. They don’t have the time anymore, so we are doing more consumer-driven marketing.”

Chromavis’ turnover in the cosmetics sector in 2017 was almost 186 million euros, and the company is growing at 35 percent per annum. The goal is to double sales by 2020, when a new 50 million-euro production facility is scheduled to open in Italy.

In terms of innovation, all of the companies were showcasing myriad new products for clients. Intercos launched more than 100 new formulas, including those in its trend collection with on-point, ready-to-go products.

For the lipstick category, for instance, the company’s latest technology enables the molding of bullets into intricate sculptures. A marbled technique, involving a dark base with streaks of color, was also on show. So were hybrid products, such as the lipstick featuring a transparent bullet with a swirling vortex of color at the core — allowing for the merging of color and care, and a see-through bullet containing a suspended ball of gel that releases color.

The patented Prisma technology allowed powders to be crafted into three-dimensional shapes at Intercos, where there was an emphasis on customization.

“All of the clients want fast-track beauty,” said April Martin, director of strategic marketing at the company. “They want things they can launch immediately. They see it online, they see it on Instagram and they want it now,” she said.

“And they want to change their look every month, so that’s our answer,” continued Rachel Bryan, vice president of strategic marketing and multinational account development at Intercos. “More than ever, we have to know what the consumer wants, and the consumer voice is driving product development.”

That was true for the company Gotha in conceiving its Second Chance Mascara Drops, which garnered the two top prizes among the Cosmopack Awards that were given out at the show, which drew over 250,000 visitors, the level reached during the 2017 session. Eleven percent more international attendees were present than in the prior year.

Gotha got the gold as winner in the best makeup formula category and the “best of the best” category with its drops billed to be the first mascara life extender. They were part of Gotha’s ASAP (As Sustainable As Possible) line.

“We wanted to really focus on sustainability because we think this is a very important issue today — not only for the industry, but for the consumers,” said Chiara Pani, marketing director at the Lallio, Italy-based supplier, at its booth in Cosmopack.

“Consumers are asking for products that have powerful performances, but also represent solutions that are not only user-friendly but also environmentally friendly. We realize that the attention consumers give to this aspect is increasing — and very much increasing these past few years,” she said.

Pani explained the Second Chance Mascara Drops — which come as water-based and non-water-based iterations — not only extend the life of a mascara but help boost the formula’s color, plus give nourishing, moisturizing and replenishing properties to lashes.

“I believe that nowadays, consumers are looking for transparency from brands,” said Pani. “They want to buy something that is worth buying, that is good for the planet and not only for them or for the brands’ profits.”

She said young consumers especially are concerned about the state of the earth, and the materials and components used in products. Gotha is intent on formulating in a clean way, as are a lot of other packaging suppliers.

Gotha — which is known particularly for its lip products and primers — had just a few days prior inaugurated its new headquarters and production plant. The 270,000-square-foot site, not far from its prior facility, has on it a 160,000-square-foot factory able to triple the company’s output.

“We have big plans for the future,” said Pani of the supplier, which has been registering 30 percent sales growth.

In makeup, she sees the theme of diversity as very important. “Together with sustainability, inclusivity and diversity will really accompany us in the next few years,” said Pani. “They go along with customization, because if you include…diversity, you are of course customizing — you are giving an opportunity to anyone without discriminating because of age or race or skin or color. I think this is very important for the beauty industry, and it’s a good example for all industries. It’s very sustainable I would say, somehow.”

Gotha’s main business is generated in the U.S., where Breuer said the company is well-positioned with most indie brands.

“Our way is attuned to the new way of how the disruptors work, because established brands and indie brands work differently,” he said. “Indie brands are much quicker, fast to market.”

They tend to have a one-year product roadmap, unlike the traditional three-year plan of more established brands.

“How can you know today what the consumer wants in 2021?” asked Breuer. “You have no clue.

Breuer said it’s important to have “your internal process, your structure, your decision-making, your team really working in a way which is synchronized with the way the indie brands are working.”

“I like to describe [us] as a disruptor of the usual B2B companies because we do things differently,” he said. “We have a very flexible, dynamic setup, and we have in-house only our core processes.”

Breuer sees the rise of indie labels as good news for ODM and other business-to-business concerns. Whereas established brands have a lab and production facility, the new players do not.

“Where we are extremely strong is we act really as an external laboratory to those young brands,” said Breuer. “We make sure that we customize whatever we have already exactly to the taste and the target of the brand. So it’s a different way of working.”

Ferrari noted ODM companies have in some ways have become more popular than brands, commanding greater multiples on stock exchanges like in South Korea, for example.