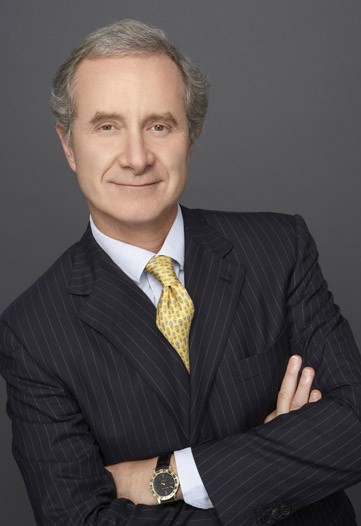 This was a year of seismic shifts in the beauty industry, with new faces taking the helm at two of the most powerful names in the cosmetics industry: the Estée Lauder Cos. and Procter & Gamble.

Less than three years before, French giant L’Oréal had tapped a new chief executive officer in Jean-Paul Agon, setting the stage for the appointment of Fabrizio Freda at Lauder in New York and the ascension of Ed Shirley at P&G in Cincinnati.

Shirley was appointed vice chairman of global beauty and grooming, following the resignation in March of Susan Arnold, president of global business units. She had been the leader of P&G’s continually surging beauty business, serving as the master builder for the architect of P&G’s resurgence, A.G. Lafley. He stepped down as president and ceo in June, turning the reins over to Robert McDonald. Last Tuesday, the Lafley era ended when he announced plans for his retirement.

As part of the Cincinnati power shift, about a month after Arnold suddenly announced her departure, Hartwig Langer, president of P&G’s Global Prestige Products Division, said he would retire as president of the division, based in Geneva. He was succeeded by Patrice Louvet, 44, who had been vice president of strategy and growth for the division. Langer had built P&G’s fine fragrance business into a global power.

At Lauder, Freda, a former executive at P&G and Gucci SpA, took the reins on March 25 as president and ceo, stepping into the shoes of William P. Lauder, who moved up to executive chairman. He quickly drafted an ambitious plan to transform the diverse assets of the venerable 63-year-old company, founded by William’s grandmother, into a more sustainable business philosophy fit for the Facebook age.

He was careful to pay homage at every opportunity to patriarch Leonard A. Lauder and to heap praise on the company’s executive corps and storied traditions, while marveling at Lauder’s blue-chip brands. But clearly, Freda is a man who loves playing the outsider, even while laying on his trademark European charm. In describing an earlier chapter in his career when he had left P&G to join Gucci, only to return to the consumer products giant, he recalled: “The experience outside [P&G] gave me a lot more authority in challenging the status quo. I stayed the challenger forever.”

During an interview conducted two weeks before his appointment was announced, Freda repeatedly drew the distinction between top-line gains and sustainable, profitable growth. He clearly is a staunch advocate of the latter. His initial plan called for implementing one global vision that fosters collaboration. That mandate to collaborate was supported by a novel new compensation plan. The blueprint also featured a goal of driving out inefficiencies; a determination to deal with underperforming brands; a call for putting corporate attention back on the consumer; consolidating global infrastructure for increased efficiency; a method for growing mature brands while nurturing the smaller players, and finding new growth from underexploited categories.

Lauder, led by Freda, backed words with action. In addition to a significant round of layoffs designed to trim costs in the bleak financial climate, the company in September took a long-anticipated step of deciding to shutter the retail distribution of its 30-year-old Prescriptives brand. It was the first major Lauder-conceived-and-built brand to be closed. It also was the first decisive move in managing the beauty company’s sprawling portfolio of 29 brands. “This is the most tangible evidence that the company is taking much more seriously its approach to managing the portfolio,” said an observer, who asked not to be identified. “It’s a very emotional, complicated decision with a huge impact.”

“A core component of the Estée Lauder Cos.’ corporate strategy is to evaluate and, where possible, turn around underperforming brands with the goal of improving return on investment,” the company said in a statement. “After a thorough analysis of the Prescriptives brand, management concluded that the brand’s long-term business model is no longer viable given the current market environment.”

Just as Freda arrived at Lauder’s doorstep as an outsider, Ed Shirley did the same on his arrival at the Cincinnati-based P&G. He came from Gillette, which P&G had acquired in 2005 for $57 billion. Shirley moved quickly up the ranks of his new parent company and assumed control of the consumer conglomerate’s $28 billion beauty and grooming business, which Arnold had built into a powerhouse. She had assembled a stable of seven $1 billion brands and claimed a global market share of 12.6 percent, according to Euromonitor International.

But recently, growth began to slow and Shirley stepped in to reinvigorate the business.

In a May 8 interview in WWD Beauty Biz magazine, Shirley said: “Our commitment externally [to Wall Street] is between 4 and 6 percent growth. But I’m a very competitive and driven leader, and I look forward to finding a way to do better than that. I see an incredible opportunity to grow faster and make a difference in the company’s overall results, because the economies of our categories are very accretive.”

One method of doing this is to foster collaboration among P&G’s large group of brands. “Historically we’ve talked to the consumer individually as categories,” said Shirley. “What I see as the big opportunity is to identify how we can play across brands and across categories and meet more of the consumer’s needs holistically. That is the way for us to create breakthrough and differentiation.”

That meant linking brands together productwise, as with Cover Girl and Olay Simply Ageless Foundation, and through marketing programs, as with a partnership between Gillette’s Venus brand and Always feminine care. “It’s limitless in terms of the ideas we can create,” Shirley said. “In the past, maybe one or two brands participated. Now we’re creating the capability that more can, whether it’s television media or brand savers or cause marketing programs.”

The second pillar Shirley sees in his drive to build the beauty business is through men’s grooming — not surprising, considering P&G’s record acquisition of Gillette. As a recognition of the two sides of the business, Shirley reorganized the structure by gender. Gina Drosos was put in charge of the women’s side as president of global female beauty. Chip Bergh took charge of the men’s side as group president of global male grooming.