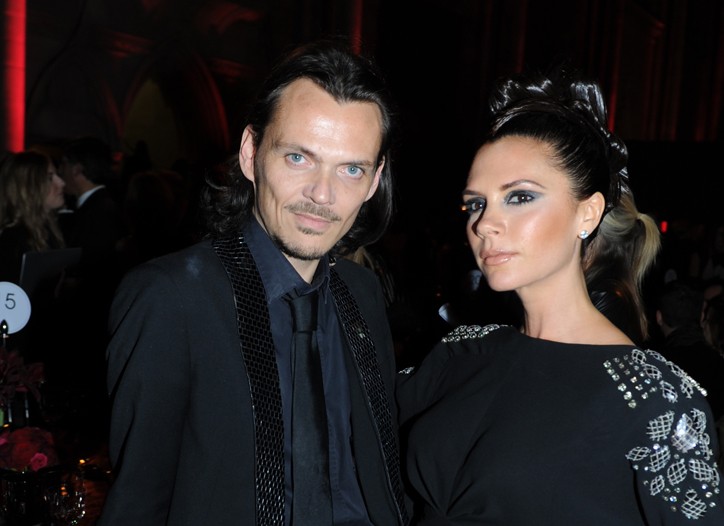 LONDON — The British fashion industry wrapped up its 25th anniversary celebrations Wednesday night with a gala evening and awards ceremony at which Burberry scooped up the top two prizes.

The annual British Fashion Awards were held this year inside the Victorian Gothic walls of the Royal Courts of Justice, home to England’s Court of Appeal and the High Court. Christopher Bailey, Burberry’s chief creative officer, was forced to do laps between his table and the stage, accepting prizes for both Designer Brand and BFC Designer of the Year.

“Particularly, I want to thank Angela Ahrendts, our chief executive and my partner in crime. She is an amazing leader, and I have huge respect for her and we all share this award together,” he said after Victoria Beckham handed him the Designer of the Year award.

It was the second time Bailey received the Designer of the Year accolade, having walked off with it in 2005. Earlier in the evening, Bailey revealed that Burberry would show its Prorsum collection in London for a second time during fashion week in February.

“I came because I’m British and I’m proud,” said Beckham, who was wearing a floor-length dress with bejeweled shoulders of her own design. She told WWD she’s hammering out plans to take a more active role in the BFC that may involve mentoring young designers or acting as an ambassador.

“The holograms were surreal,” said Black, referring to the film. “We weren’t just looking at a show of dresses — it was an interactive experience.”

Other award winners included Peter Pilotto for emerging talent in ready-to-wear; Georgia Jagger for model; Katie Hillier for accessories designer; Kim Jones of Dunhill for men’s wear designer; Galliano for outstanding achievement in fashion design, and Moss for London 25, a new award that recognizes an “international ambassador” for the city’s fashion industry.

Grace Coddington scooped the Isabella Blow Award for fashion creator, while Christopher Kane won for British Collection of the Year, an award that goes to a directional designer who’s building an international presence.