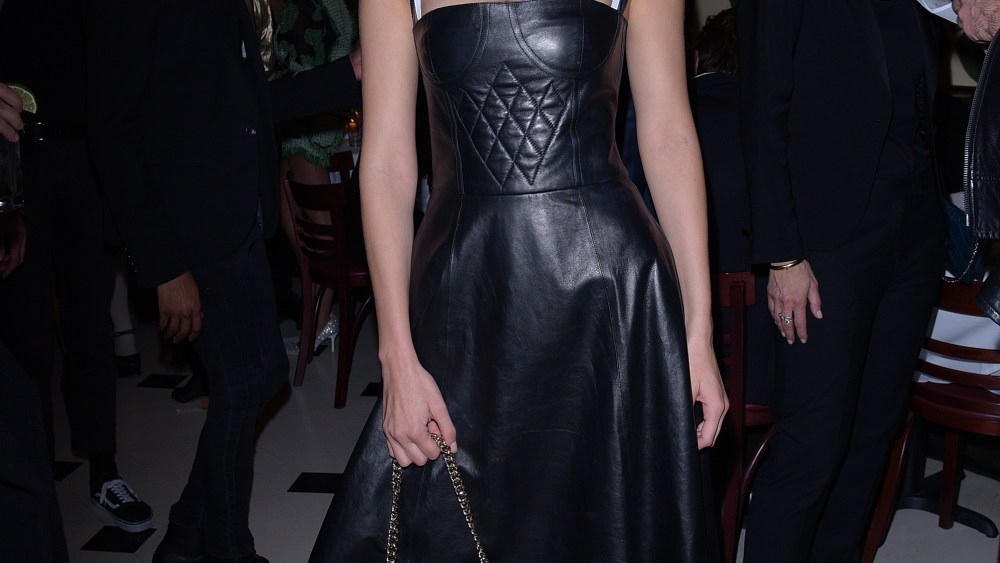 “I just got out of bed,” said Jordan Barrett around 9 p.m. Tuesday evening at Indochine. The model had abandoned the comforts of pajamas and a Nicole Kidman psychological thriller — “I don’t know the name of it, but it was really good” — to hobnob with the likes of Bella Hadid, Cameron Dallas, Laura Harrier, Soko, Chanel Iman, Nina Agdal, Devon Windsor, Erika Linder and Lindsey Wixson for Dior’s celebratory dinner for beauty book The Art of Color, hosted in tandem with V Magazine.

Ah, to be a 19-year-old Aussie male model, for whom bedtime and schmoozing is separated only by a Dior suit. “It fits like a glove,” Barnett shrugged. “It’s amazing.”

Dallas parted his way through the crowd making fart noises and one-off observations, before seeking the protection of handlers found at the bar. Agdal and Iman posed for photos only once a self-lighting iPhone case had ever-just-so illuminated their faces; the Brant brothers Harry and Peter made a late entrance, finding their way immediately to a cluster of equally cheekboned friends.

“I’m here for the free food,” offered Soko, mingling during the pre-dinner cocktails.

The actress and singer is a fan of bold colored makeup — the likes of which is celebrated in the new Dior book — and her preference for red eye shadow has become something of a signature. “Red is my favorite color because of this movie ‘The Red Shoes,’” she explained. “I wear red clothes every day — and if it’s not my clothes, it has to be my eyes. It’s almost like a shield of protection. To me, red is the color of passion. I’m so into my record right now, and when I do something so fully, red is a reminder that I can’t get distracted from what’s really important. It always has to be somewhere — sometimes it’s just my underwear or my socks.”

The dinner capped a night of toasting the Art of Color project, which began with a preview party earlier in the evening. “It’s the cherry on…on the cake? On the pie?” asked Dior beauty’s Peter Philips. “We’ve been working on this book for about a year, and it’s really been a great discovery. We want to remind people that with Dior, you have to dare — dare with Dior. Beauty became such an industry, and it’s easy to fall back on the bestsellers. If you look at the book, you will see we are always on the edge.”

Philips, who was previously at Chanel, has been at Dior for under three years, and has seen nearly as many creative directors in that tenure. “I’ve been there for two and a half years, and I’m the old one already,” he said. “Working with Raf [Simons] was great. And now I did my first collaboration with Maria Grazia. It’s fun to see how quickly we can adapt. Maria Grazia is doing her own statement. Raf did his own thing. John Galliano did his own thing — and still, it became Dior. Maria Grazia, one of the themes of her collection was the multifaceted Dior woman, and the theme of my first collection was the same — and she didn’t know that. When she told me I was like, ‘Oh my god, that’s fantastic!’”