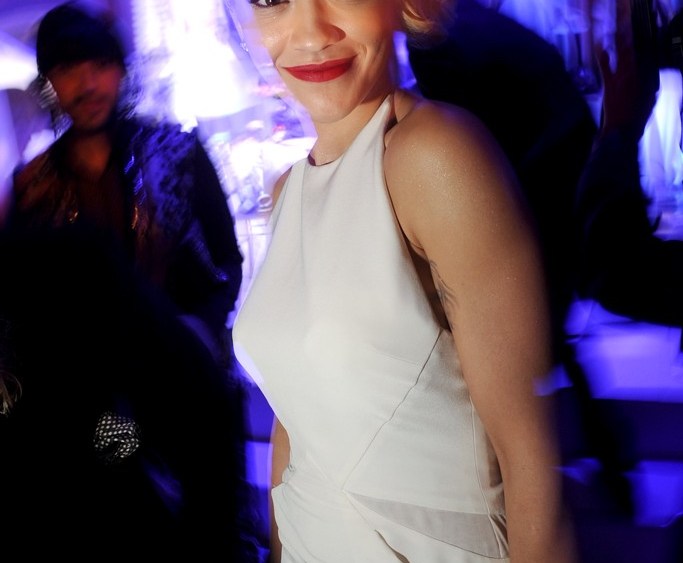 On Thursday night at The Plaza, Zac Posen and Coco Rocha were among a tightly packed crowd angling toward a second-floor ballroom as they talked about a YouTube gem they had recently discovered.

“I just tweeted and Coco re-tweeted about a week ago [a video] of Barbra Streisand performing…” Posen said.

“In Bergdorf,” Rocha chimed in, finishing her date’s sentence.

In the clip, filmed for a 1965 television special, a very young Streisand parades around an empty Bergdorf Goodman sampling the luxury retailer’s wares while performing “Second Hand Rose.” Given Thursday night’s occasion — a lavish 111th anniversary party for the store at its equally luxe Fifth Avenue neighbor — the short, and its generations-crossing, social media-aided discovery, seemed an appropriate topic of conversation.

“It was quite amazing,” Rocha concluded.

As the bold-faced names bottlenecked around the entryway, Burt Tansky, the former president and chief executive officer of Bergdorf’s parent The Neiman Marcus Group, and former Bergdorf ceo, surveyed the room.

“How do you like this crowd here tonight?” he asked with a smile. “And they just keep coming. It hasn’t stopped for a minute.”

The crush was a tribute to the sway of the retail destination, which lifelong luxury class New Yorker Olivia Chantecaille summed up neatly early on in the proceedings.

“I grew up very close, just a few blocks away,” she said of the store. “My mother worked across the street. As an institution it was the ultimate in chic, in taste, in choice — there’s such an array of things. You knew you would always find something for everybody in the family.”

The party peaked a little before 11 p.m. when the store’s executive team, including president Joshua Schulman and senior vice president Linda Fargo, joined a handful of designers onstage while the classical singer Sasha Lazard sang a rock-operatic version of “Happy Birthday.” Rubix Cube, a white-suit-sporting cover band, followed it up with a set of Eighties hits as soluble as the purple cotton candy then being passed around the room.

Before the presentation, Jason Wu had been standing on a small staircase with his three dates for the evening — Erin Heatherton, Meghan Collison and Zuzanna Bijoch.

“My first-ever store was Bergdorf’s” the designer said, recalling his earliest memories of the retailer. “I moved here 11 years ago. I decided that this was the store that I wanted to be in. And six years ago I got in it….It’s so glamorous and it’s the best store. I mean that’s New York and that’s luxury.”

And what did making it in New York, and at Bergdorf’s, mean?

“I might be able to make it in Paris afterwards,” he said with a smile.