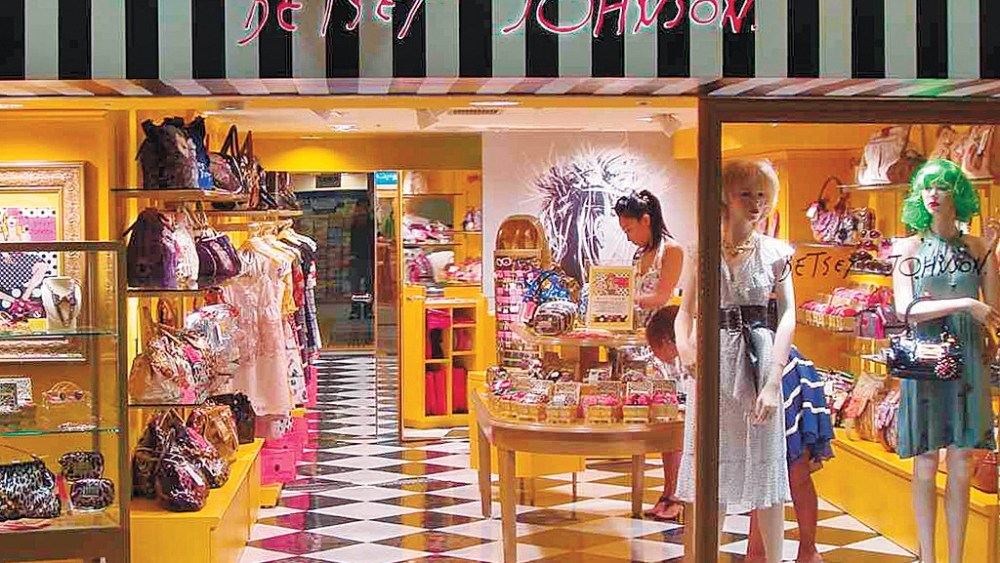 NEW YORK — Betsey Johnson is ready for a new chapter.

On Thursday, it was revealed that Betsey Johnson LLC has filed Chapter 11 and, as a result, the bulk of the designer’s boutiques will close and about 350 staffers are expected to lose their jobs.

Betsey Johnson LLC is the licensee that operates the designer’s 63 freestanding stores, women’s apparel and e-commerce. It is run by Castanea Partners, the Boston-based private equity firm that bought a controlling interest in the company in 2007.

Despite all the upheaval, Johnson remains creative director of the brand and she will continue to oversee the design of her sportswear, accessories and various licenses. The designer, who turns 70 in August, still plans to have a runway show in September and she will start shooting a reality show in a few months. These and other plans were shared by Johnson and Steve Madden, founder of Steven Madden Ltd., which took over a $48.8 million loan to Betsey Johnson LLC and absolved it in exchange for the brand’s intellectual property. Madden produces some of the Johnson accessories and licenses out categories such as legwear and outerwear.

Going forward, the emphasis will be on the moderately priced Betsey Johnson label, which is sold at Macy’s Inc. and other retailers, as well as the litany of other categories. The Betsey Johnson Collection, which is carried in the designer’s freestanding stores and has dresses that retail for $395, has not sold nearly as well as the more middle-of-the-road Betsey Johnson label, which has a retail sweet spot of $128 to $148. About 75 percent of the spring line will be moderate-priced goods, with the remainder being editorial- and designer-range pieces.

“I love the moderate-price range. It is in sync with all the girls who are buying my clothes,” the designer told WWD.

There are plans to start closing the 63 stores in a few weeks with the help of a nationally recognized liquidation firm to be selected in the first weeks of the bankruptcy case.

Prior to the filing, Hilco Merchant Resources LLC was selected to be the stalking horse bidder at the auction to determine the liquidator that will conduct the store-closing sales, pursuant to an agency agreement with Betsey Johnson LLC. An auction has been requested for May 8. Parties interested in making a bid to purchase the company as a going concern may also bid at the auction. Store-closing sales are expected to begin shortly after that and should run through the end of July.

Betsey Johnson LLC’s chief financial officer, Jonathan Friedman, said, “The decision to seek protection under Chapter 11 comes after months of rigorously pursuing alternative restructuring arrangements to address Betsey Johnson LLC’s cash-flow problems. After exhausting our resources and possibilities, it became apparent that neither a restructuring arrangement with a new equity investor nor a sale of the business enterprise as a going concern outside of bankruptcy was to be forthcoming. Accordingly, our board made the determination that a Chapter 11 store-closing process will likely be the best way to maximize the value of the company’s assets, for the benefit of its creditors.”

Friedman did not respond to requests for comment Thursday, nor did executives at Castanea Partners.

Executives at Steven Madden Ltd., which has owned and controlled the designer’s intellectual property since it purchased Betsey Johnson LLC’s outstanding debt obligation of $48.8 million for $27.6 million in August 2010, declined to comment about how many staffers are affected. One senior executive at Betsey Johnson estimated that at least 350 people would be out of work.

Johnson said, “I feel so sad for my store people and all my pink girls. They live and die for me. But I need to be better. I really need to work well and be more efficient.”

Madden said the goal is to put a new license in place for Betsey Johnson sportswear “within days” in order to “have no interruption to wholesale deliveries.” He declined to name what company is in the running.

Madden also said there will be no interruption in e-commerce. “It will seamlessly integrate into our infrastructure,” he said.

Despite Thursday’s shakeout, Johnson remains as busy as ever. The designer will start filming a new reality show, “Betsey + Lulu,” with her daughter Lulu in late July. “I am trying to make it relevant, deep and interesting about fashion rather than about gossip, girls, makeup and hair.”

This fall, she will unveil her second fragrance, Too Too Pretty, and she will soon be developing a third one that will play to her rock ’n’ roll, edgy roots.

Founded in 2001, Castanea Partners is a $500 million fund focused on investing in consumer brands and marketing services companies, as well as business-to-business providers of key information. Typical investments in individual companies range from $20 million to $75 million of equity capital, according to the company’s Web site. Last year Castanea Partners enhanced the fashion component of its portfolio by investing in Donald Pliner and Astor & Black. It also provides financial backing for Ippolita, Urban Decay and the blow-dry salon chain Drybar.

Asked what she finds most challenging about business today, Johnson said, “The competition — the H&Ms, Topshop, Century 21 and the knockoff ability is unbelievable. Within three days of something being on the Internet, they have seen it, they copy it and they price-beat it. “

Madden offered another take: “Always endeavoring to have hot products. That’s my challenge — to stay relevant.”

Johnson said of the changes at hand: “You know, as you get older, you really want to go back to that idea of happy — happy, productive.”