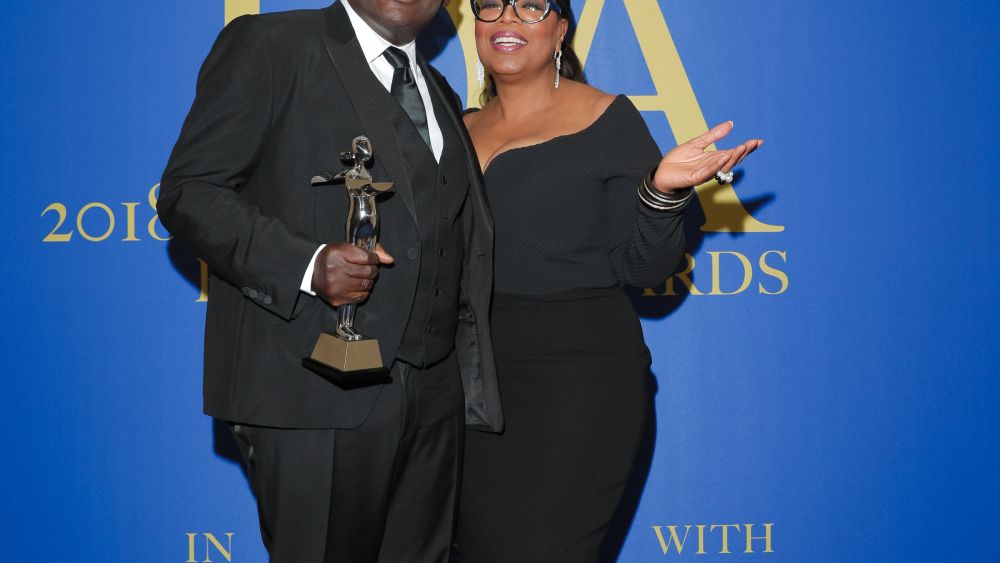 The CFDA doesn’t play its cards particularly close to its vest when it comes to the annual fashion awards. Almost every presenter, nominee, honoree, tequila sponsor and purveyor of fine crystal is publicized to the nth degree in the weeks leading up to the event, which was held Monday night at the Brooklyn Museum. But the show organizers do manage to keep a lid on a thing or two and this time it was Oprah Winfrey. There were whispers of a big surprise in the lead-up. Two years ago, the CFDA sprung Beyoncé on us. Some minds wandered to Michelle Obama or Hillary Clinton, but no, it was O. And oh, she was great.

“I get to do the first a-wAAAArds,” Winfrey said, singing the second syllable in her signature intonation to a standing ovation, the first of many to come. She was there to present Edward Enninful with the Media Award in honor of Eugenia Sheppard.

So the show opened on a high, while firmly establishing the evening’s subtext of inclusivity and diversity. The first three people onstage were all people of color. In her opening monologue, host Issa Rae made the point that not only was she the first woman to host the awards in 37 years, she was also the first person of color ever to do the honors.

Made acutely aware of the overwhelming white-ness of American fashion (although it’s not an entirely American issue), the CFDA set about correcting this by diversifying those who got stage time. In addition to Winfrey and Rae, Lupita Nyong’o presented Donatella Versace with the International Award. Trevor Noah presented James Jebbia of Supreme with the Menswear Designer of the Year Award. And Lee Daniels presented the Fashion Icon Award to Naomi Campbell, who delivered one of the most moving speeches of the evening. “They told me I would only last 11 years, but I’m here and it’s been 32 years,” she said, reminding everyone that none of us will look like her after 32 years in the industry. “I consider a lot of you in this room my extended family. You’ve been there for me through thick and thin, through the good times, through the rough times, the ‘Naomi, it’s time to grow up’ times.…People say this business is fickle. I think they couldn’t be more wrong.”

Three designers of color were nominated this year, Virgil Abloh of Off-White for Womenswear and Menswear, Aurora James of Brother Vellies for Accessory Designer of the Year and Kerby Jean-Raymond of Pyer Moss for the Swarovski Award for Emerging Talent. None took home Trovas, but it was progress.

Speaking of Trovas, the other designer awards went to Ashley and Mary-Kate Olsen of The Row for Accessory Designer of the Year, Sander Lak of Sies Marjan for the Swarovski Award for Emerging Talent and Raf Simons of Calvin Klein for Womenswear Designer of the Year for the second year in a row.

The awards serve to celebrate American design, but they also act as a mirror of what’s going on in the industry. Last year immigration was the big thing. As much as Monday night was about diversity and inclusion, something else was in the air: It’s not the best moment for American fashion, which has been mired in a crisis of confidence and self-loathing. Many of the designers accepting awards noted that it’s a tough business, but the program offered a lot of sincerity and heartwarming positivity, from Diane von Furstenberg who accepted the Swarovski Award for Positive Change while making fun of herself. “You must be looking at me, saying, ‘I can’t believe it. She is the chairperson of the CFDA and she’s giving herself an award?’” said von Furstenberg. “I know you all think that so I have to tell you how it happened.”

From Carolina Herrera and Narciso Rodriguez during their emotional acceptances for the Founder’s Award and Lifetime Achievement Award, respectively. And especially from the special designers salute to Ralph Lauren, during which von Furstenberg, Michael Kors, Tommy Hilfiger, Thom Browne, Donna Karan, Vera Wang, Alexander Wang, Jason Wu, Jeffrey Banks, John Varvatos and Marcus Wainwright said a few words about Lauren on the occasion of the most successful American fashion designer in history’s 50th anniversary. And then Lauren said a few words.

“I know what it is to start, I know what it is to enjoy success and I also know this industry is not easy,” said Lauren. “Business and the business world is complicated, but I must say something about design teams and the CFDA. It’s a very kind world.…All of you American designers, as a team, you’re a kind group. They have raised money for AIDS, for cancer care, for so many things. There is a heart. “

The final award of the evening was accepted by Simons, who is having a good run as the creative director of Calvin Klein, though he’s not immune to what’s going on around him. “Yes, we have some troubles, we have some issues here,” Simons said. “But I can only say to all of us and to all of you real fashion lovers: love fashion. Because that’s what keeps us designers happy, that’s what keeps up the energy.”

To his point, for all the glitz and glam of the evening — Cate Blanchett, Oprah, Claire Danes — it felt a little more low-key than in years past. Perhaps as an indication that it’s time to focus on the heart of the industry — actual fashion — it was difficult not to notice that all of the honorees received a standing ovation with the exception of the recipient of the inaugural Fashion Influencer Award — Kim Kardashian.