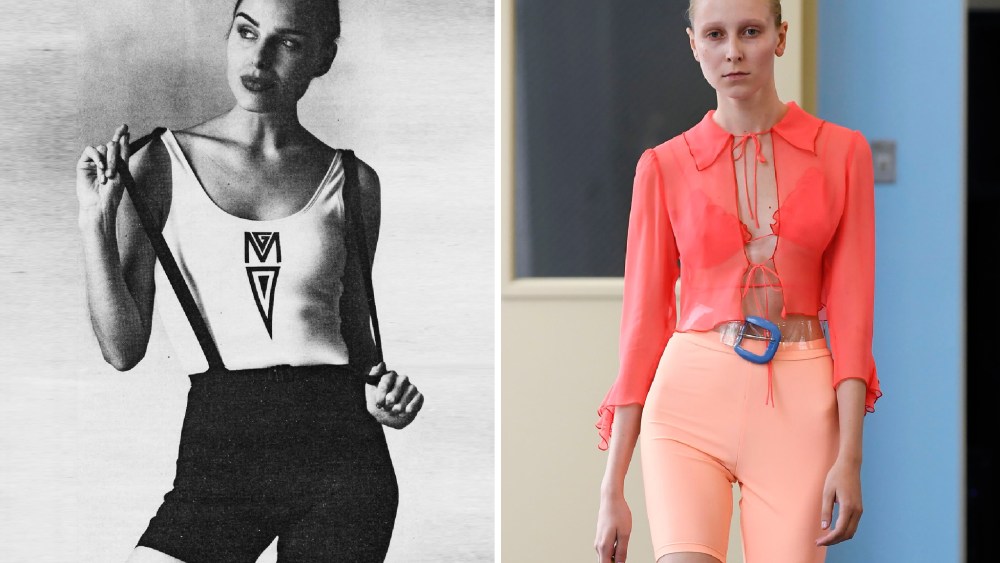 It could go wrong really quickly. Bike shorts, a controversial relative to leggings, were unmissable on the spring runways. But it wasn’t just black spandex; designers jazzed up the shorts with prints, bold color, elaborate embroidery and unique fabrications to amp up the appeal, or create the potential for more fashion disasters.

“From a commercial standpoint, we’ve really seen the bike short popularize this past year with the immense saturation of streetwear. If winter’s cozy was the hoodie and the track pant, summer’s iteration is that oversize T-shirt with the body-con bike short underneath,” said Marian Park, youth fashion editor at trend forecasting company WGSN.

It’s not a new trend — nothing ever is. Princess Diana sported the shorts regularly in the Nineties with casual crewnecks, as did Madonna to more glam effect in the Eighties. A comb through the WWD archives revealed references to the skintight item as “bodywear.” Virgil Abloh even name-checked Princess Diana as a muse for his spring 2018 Off-White collection, and celebrities — i.e. Kim Kardashian in Yeezy — and influencers have also taken the trend to the streets.

RELATED: To see a brief history of celebs in shorts, click here.

And now designers argue for more sophisticated styling approach, showing them under blazers for work, as at Fendi and Mugler, and with party frocks for night, seen at Blumarine and Roberto Cavalli. Yet while options are plenty, it isn’t a one-size-fits-all kind of deal. Bike shorts certainly suit society’s increasingly leisurely taste, but time will tell if they will stick around, or speed away as quickly as a cyclist in the Tour de France.

Here, a sampling of standout biker shorts from the spring runways compared to their athleticwear history, culled from the WWD archives.