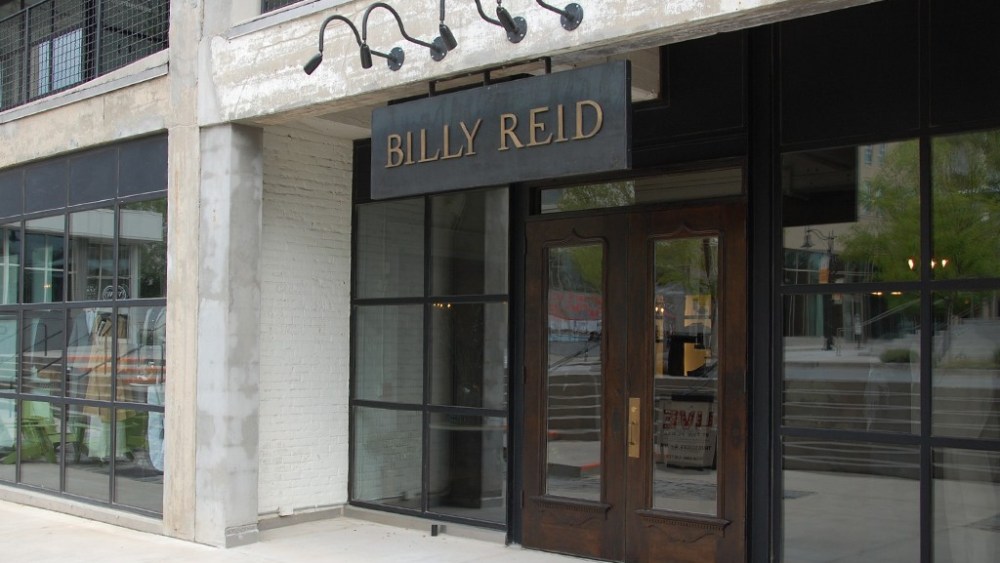 Billy Reid’s win for Menswear Designer of the Year at the CFDA Awards on Monday was sweet vindication for a designer whose business has been a roller coaster of highs and lows over the past 15 years. In that time, Reid launched two labels, saw one go out of business in the aftermath of 9/11, lived and worked out of a room in Manhattan’s Chelsea Hotel and even did freelance work for Fruit of the Loom to make ends meet.

Today, Reid is building a flourishing men’s wear business that is on track to ring up $20 million in sales this year, up 54 percent from $13 million in sales in 2011. The Florence, Ala.-based company is on a retail expansion kick, opening its seventh store last week in the hip Westside Provisions District of Atlanta. The 2,500-square-foot space in the White Provisions building is decorated in signature Billy Reid style, incorporating salvaged wood, vintage furniture and heirloom photographs on the walls.

“It feels terrific. I’m so excited for everybody who puts so much into this. It’s a whole group of folks who make this happen,” said Reid of his CFDA win. “Hopefully, it brings us a little more recognition. But we’re right back at work today. We have to make samples and get production made. We have to keep running our stores. We’ve got to continue to bust our tail and continue to grow our company.”

If Reid remains more focused on production than his prestigious prize, it’s because he learned the hard way that while awards are nice, they hardly guarantee profits. In 2001, he won the CFDA’s Perry Ellis Award (as it was known before becoming the Swarovski Award) for best new men’s wear designer for his previous William Reid label — but a year later was out of business, following the retail meltdown post-9/11.

“Everything that could go wrong went wrong,” he recalled of the time, which saw his orders evaporate and piles of fabric he had ordered never make it to the production line. After the closure of his first label, Reid supported himself by working freelance gigs, including for Fruit of the Loom underwear and TaylorMade golf apparel.

“It was quite a struggle and a soul-searching few years,” said Reid. “I went from feeling on top of the world to everything falling apart.”

In 2004, Reid relaunched as Billy Reid with a group of investors, a new headquarters in the low-cost Florence, and a strategy of opening his own stores. The company started with three shops in Florence, Dallas and Houston, and didn’t open the business up to wholesale until 2009.

“It’s very personal — it’s something that comes from my gut,” explained Reid of his designs, which emphasize classic American clothing with assorted vintage references. “Some people say it’s preppy Southern but I don’t go out and say I’m making Southern clothing. But at the same time, I’m a Southerner and I can’t change that.”

Reid’s partners in the business are company chief executive officer K.P. McNeill and his wife, Katy, who oversees production, and Jake Szczepanski, who oversees retail operations. The company employs about 30 people in Florence, including warehousing and e-commerce teams. Each store employs an additional group of full-time and part-time employees.

E-commerce has been an important sales driver in recent seasons and now accounts for about 15 percent of total sales. Owned retail accounts for about 50 percent of sales and wholesale is 35 percent. Key wholesale accounts are Nordstrom and Neiman Marcus, in addition to a series of top specialty stores like Bergdorf Goodman, Oak Hall in Memphis and Taylor Richards & Conger in Charlotte, N.C.

Reid is interested in opening five to seven additional retail units over the next two years and is looking at Washington, Boston, San Francisco, Chicago and another New York store as possibilities. “We see retail as a huge growth opportunity for us. It’s a really nice way to structure the business. But you have to be so critical of opening a location and make sure it’s the right space. You can’t rush it and make a bad decision,” he noted.

One lesson learned in that decision-making process was opening a mall store in the Galleria in Houston a few years back, which underperformed expectations. In May, the unit relocated to a street location at 2702 Westheimer Road. The new shop is in a former antiques store and residence, with a working kitchen in it. The change is part of Reid’s strategy to avoid malls and locate stores in street locales that match the brand’s authentic appeal.

Reid, who is married with three children, splits his time evenly between Florence and New York, a dichotomy that finds its way into his designs. “Those two worlds of downtown Manhattan and small-town Alabama are really the heart of the collection,” he explained. “I want my clothes to feel just as right walking down the Bowery as Main Street. It helps make us different and it’s our calling card, in a way.”

Working out of Florence has also been instrumental in the company’s financial stability. “Our operating costs would be 10 times higher if we were based in New York,” noted Reid. “Financially, we are very efficient in Alabama. And it’s so rewarding to be a part of this community and create jobs here.”

Reid has small-town roots, having grown up in Amite, La., where his mother owned a clothing store that sold Gloria Vanderbilt and Calvin Klein jeans, which gave him his first whiff of the fashion business. He attended Southeastern Louisiana University and studied physical education — but flunked out. “I wanted to be a football coach. I’m probably the only person who ever flunked out of P.E.,” remembered Reid.

With the urging of his mother, Reid went on to study fashion design and merchandising at the Art Institute of Dallas. While earning his degree there, he worked at the local Saks Fifth Avenue in the men’s department. “That was my best learning experience. I learned tailoring inside and out,” he recalled. Reid launched the William Reid collection in 1997 in Dallas and then moved it to New York in 1999.

Following the steep challenges presented by 9/11, New York gave Reid yet another scare during the financial crisis of 2008. The designer opened his Bowery Street store that October, just as the stock market collapsed. “We busted our butts to open that store, doing most of the build-out ourselves,” he recalled. “We were all ready to sell these expensive handmade suits to bankers and then Wall Street crashed. We were like, ‘Oh, not again.’”

However, like the overall economy, Reid was able to ride out the recession and continued to grow the brand and win his second CFDA award. “It’s through construction, fit, fabrics and details that we interpret the classics,” related Reid. “If I’m making a peacoat, I want it to be the best damn peacoat I can make, with details and fabrics that will make it last forever. Every piece I make, I try to put that feeling in it.”