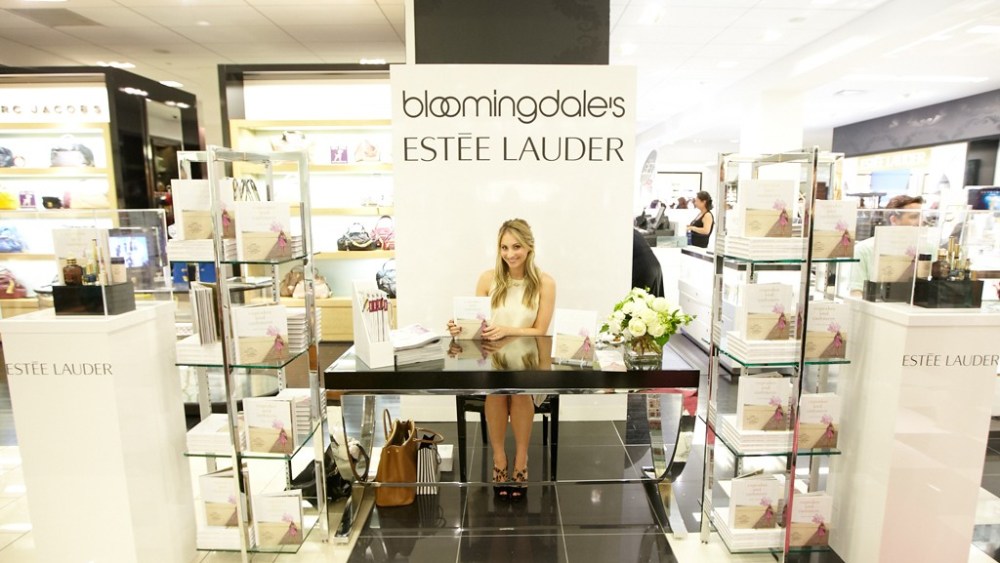 Cupcakes and Cashmere creator Emily Schuman has gone from blog to book — and throughout the process, has connected Estée Lauder with her young, digitally savvy, makeup-hungry fans.

Supported by the brand, Schuman, who became Estée Lauder’s guest blogger in February, has been making stops at Bloomingdale’s locations on a tour for her first book, “Cupcakes and Cashmere: A Guide for Defining Your Style, Reinventing Your Space and Entertaining With Ease,” that started Sept. 14 in New York and ends Saturday in San Francisco. Schuman has attracted as many as 500 people to her book signings, including quite a few who emulate her loose curls and striped shirts, and doubled Estée Lauder’s sales expectations during each appearance.

According to an Estée Lauder brand spokeswoman, sales have been strong, and crowds have been big. She also noted that Cupcakes and Cashmere is now the number-one referring site to esteelauder.com.

Although Schuman’s fans already know a great deal about her from her writing and pictures on Cupcakes and Cashmere, she said the appearances are a chance for them to ask her questions one-on-one. “When I’m in New York, people want to know where would I go for this and that. In Chicago, they want to know where I’m going,” she detailed. “People want the inside scoop: where I eat dinner, what nail polish I have on. It’s just those little things.” For those curious about the nail polish she was wearing during a recent stop at Bloomingdale’s in Westfield Century City in Los Angeles, it was Enchanted Garnet accented with Nouveau Riche.

Meanwhile, Schuman continues to post weekly on Estée Lauder’s Web site — and content from those posts is shared across Facebook, Twitter, YouTube, Pinterest and Instagram, which Estée Lauder went up on this month. Out of all of Estée Lauder’s Facebook posts, a step-by-step at-home manicure guide by Schuman has been the most popular. Video tutorials on creating a metallic smoky eye and a manicure called the gilded fade have also been popular.

Schuman noted that kind of content has helped make Estée Lauder more relevant to Cupcakes and Cashmere readers, an engaged group of 18- to 44-year-olds, the very purpose of her involvement with the brand. “There’s for sure been a shift. [I’m] even hearing about my friends that now buy Estée Lauder products, and I see it more now in the blogosphere in a different way that they really haven’t been seen in quite a long time,” she said.

Going from blog to book, Schuman has demonstrated digital content can translate into physical results — and she may attempt to repeat the feat with a capsule collection for Estée Lauder. If she does such a collection, she said, “It would be focused on breaking things down and making it really simple. Whether or not it would be focused just on lipstick and having my three essentials, which wouldn’t necessarily be the same colors that any other girl would pick. I would say that I am very classic in my style and beauty taste, but always have a little twist on the classic.”