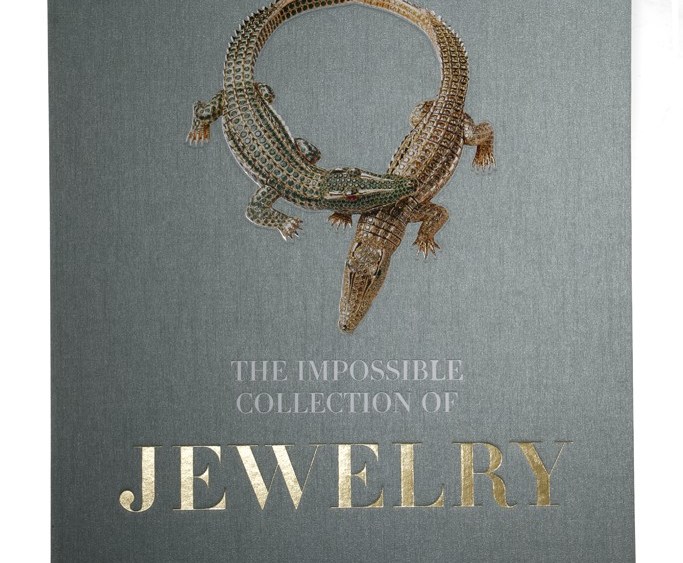 March’s photo and fashion books cover a range of themes, including the color indigo, luggage labels and the greatest fine jewelry of the past century.

“The Impossible Collection of Jewelry: The 100 Most Important Jewels of the Twentieth Century” by Vivienne Becker (Assouline). From the iconic enamel and colored stone Maltese cross cuffs that Fulco di Verdura designed for Coco Chanel in the Thirties to Barbara Hutton’s 1947 platinum, diamond and emerald necklace/tiara from Cartier to Jean Schlumberger’s gold, yellow beryl, amethyst and ruby unicorn for Tiffany & Co. in the Fifties and a 1975 Cartier pavé emerald, yellow diamond and gold crocodile necklace that belonged to Mexican film star Maria Félix, expert Vivienne Becker assembles an idiosyncratic yet authoritative fantasy group of fine jewelry pieces.

“World Tour: Vintage Hotel Labels From the Collection of Gaston-Louis Vuitton” by Francisca Mattéoli (Abrams). Gaston-Louis was the grandson of Louis Vuitton, the founder of the house of Vuitton, and the son of Georges — who created the Vuitton monogram. Gaston-Louis went to work for the family firm at 14, and this group of labels was just one of his collections. “What do we find on old luggage?” he asked in 1920. “We find traces of the means of transport used, the journeys undertaken, the places visited, all of this marked on old papers and hotel labels. We will follow these, and with them, we will tour the world, not in 80 days like Phileas Fogg, but much faster still.” Reproductions of other pieces of vintage travel ephemera — postcards — are inserted into the book.

“William Klein: ABC” by William Klein with an essay by David Campany (Abrams). At 84, William Klein, who, for the most part, has been based in Paris since 1947, is arguably both the world’s greatest living photojournalist and its greatest living fashion photographer. His credits as a satiric filmmaker aren’t too shabby, either — including, as they do, “Qui êtes-vous, Polly Maggoo?” (1967) and “Mr. Freedom” (1968). Klein will be appearing in Manhattan at the Howard Greenberg Gallery on March 14th and 16th. His “Paintings, Etc.” show will be running at the gallery through April 27. Campany writes of the photographer’s work: “He won his first camera in a poker game. Every image since has been a little pokerish: street-wise, bluffing, anticipating, intuitive and spontaneous, too: The last thing you want in poker or art is formula.”

“Designing in Ivory and White: Gowns From the Inside Out” by Suzanne Perron with photographs by Jason Cohen and Brian Baiamonte (Louisiana State University Press). Perron, a New Orleans-based designer for weddings and Mardi Gras royalty, formerly worked at Vera Wang in New York, and now designs for traditional brides and krewes in her hometown, among the latter the Olympians, the Achaeans and the storied Rex. In addition to writing about the frocks of 15 of her clients, in the Wang tradition, Perron created her own wedding dress and describes it in the book.

“Indigo: The Color That Changed the World” by Catherine Legrand (Thames & Hudson). Legrand, who owns an ethnic clothing boutique in the Marais district of Paris, writes with enthusiasm about the history of this shade and its evolution from woad to universal dye for workers’ garments — in the American West, of course, denim. The organic material indigo was first brought back by Marco Polo, who discovered the trade routes to the Far East. Legrand visited the indigo dyers of Yunnan, Guangxi, Hunan and Guizhou in China and gives definitions for the symbols on Chinese textiles, among other arcana related to the color, which also has a rich history among ethnic minorities in India, Vietnam and Laos.

“The Polaroid Book: Selections From the Polaroid Collections of Photography” edited by Steve Crist with an essay by Barbara Hitchcock, 45th anniversary edition (Taschen). Andy Warhol, Deborah Turbeville, William Wegman, Robert Mapplethorpe, Sarah Moon and Mary Ellen Mark are among the photographers whose work is represented here. Hitchcock describes the protean Edwin Land, the inventor of the Polaroid camera, and his early collaboration with the great landscape photographer Ansel Adams to form a basis for the collections.