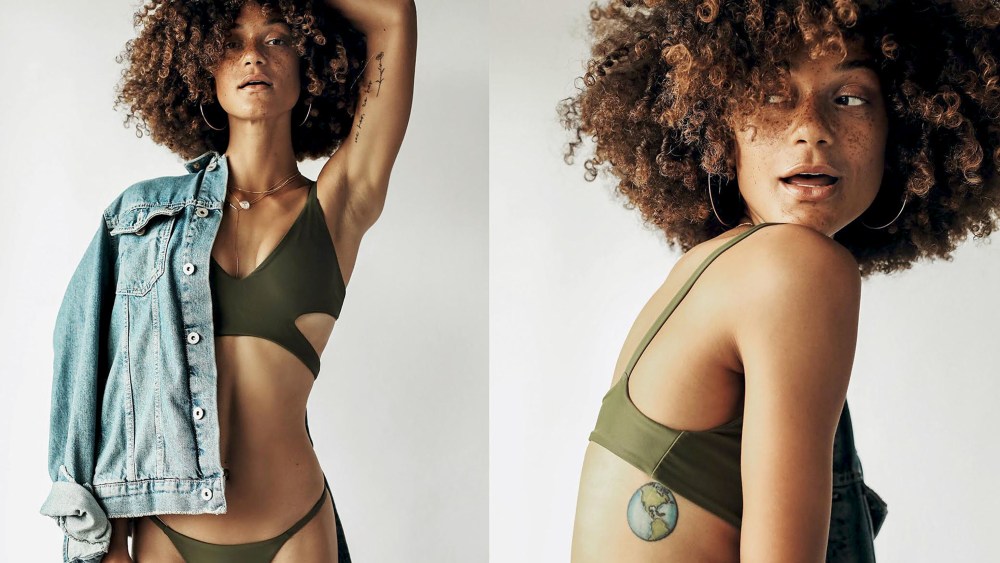 MIAMI — As the retail sector reels, swimwear is sitting pretty. It’s just the good news that vendors and buyers want to hear as they head to the annual Miami Swim Week, whose three trade shows — SwimShow, Hammock and Cabana — begin July 22.

Neck-and-neck with outerwear and ath-leisure for healthy sales, swimwear is one of the few categories still registering growth, according to The NPD Group Inc. The market research firm reported U.S. swimwear sales totaled $5 billion from the beginning of June 2016 through the end of May 2017, a 10 percent increase on the same period during the previous year. Innovative fit and fabrics, the wellness movement, and being an early, natural adapter to e-commerce are factors buoying the category when much of the apparel industry is sinking.

“The definitive message on the street is that swimwear is an unstoppable force,” said SwimShow director Judy Stein, of beach-to-boardwalk styles having reached critical mass popularity. “This trend has fueled both start-ups and established brands.”

“There’s a 98 percent confidence rate that when they try on that suit, it’s going to fit,” he said.

Feeding on these strengths and the rise in social media, Miami Swim Week has buzz again. Event organizers said they haven’t seen this level of enthusiasm in some time. IMG’s departure a few years ago sent a ripple through the market, but even its splashy runway shows and front-row celebrities had become stale. They’ve been replaced by several production companies and bikini-clad influencers such as Rocky Barnes and Jenah Yamamoto, among the fresh faces all too happy to participate.

There’s also an uptick in themed fashion showcases: Miami Curves Week for fuller figures; African-inspired lines at Ankara Swim; StyleMrkt’s Latin American-heavy lineup, and Scandinavian designers hosted by The Perfect V, a Danish beauty brand. The overwhelming amount of presentations, parties and venues inspired Swimweekcalendar.com, whose listings may be accessed for a fee.

“Designers continue to feel optimistic about the swimwear sector, despite all the troubles of the retail world at the moment. They’ve invested significantly into their collections and runway presentations this season,” said Sale Stojanovic, cofounder of Funkshion, which is producing 17 shows for brands such as Seafolly, Beach Bunny and For Love & Lemons at multiple locations, from its main tent in Collins Park to the 1111 “Parking Garage” Building, from July 20 to 23.

SwimMiami, whose third season is solely produced by SBI, outgrew its covered second venue at the W South Beach and relocated to a 400-seat tent at the nearby Vintro Hotel. Many of its 17 fashion shows remain at the W pool, where Sports Illustrated Swimsuit premieres a swim and activewear collaboration with RAJ Swim and hosts a retrospective of cover looks from the magazine’s famed swimsuit issue. Winners of the publication’s first open casting call will model historic swimsuits as well as pieces from the new collections during separate events.

“We’re doing more shows than ever. There’s always demand, but we can only squeeze in so many in three days,” said SBI director and Hammock cofounder Rick Fatzinger. “IMG ran five days, but we shortened the schedule since retailers usually come for the weekend.”

From trade to fashion shows, everyone is feeling tight on time and space. SwimShow is having to make do with two versus four halls for its 35th edition while the Miami Beach Convention Center undergoes renovations. Despite the same circumstances, last year’s registration rose 13 percent for attendees from more than 60 countries. Stein is able to accommodate the usual amount of exhibitor booths, 350, as well.

Among SwimShow’s 2,500 lines, Trimera Brands officially introduces Sea & Her — following a small delivery in fall 2016 — at its Gottex booth. Nova Gallegos, the former designer of Trina Turk swim who launched its activewear division, uses a 12-screen printing technique for saturated sangria hues in Moroccan medallion and scarf motifs. Many styles including one shoulder come in D and DD cups, and embellishments range from hand-knotted macramé to tassels. Retailing from $55 to $130, suits and caftans are available for October delivery.

SwimShow also offers more fashion-forward plus-size lines, though they don’t have a dedicated section, and the return of the Collection, a centrally located, curated show within a show where butlers pour Champagne. The intimate setting houses brands such as Max Mara, Luna Beach and Blue Boheme.

“I was attracted to the Collection as a more prominent way to launch my inaugural swimsuits,” said Amy Brown, founder of Sea Sage, a London-based resort firm. “I’m mainly carried at resorts like Amanyara and COMO Parrot Cay in Turks and Caicos, and I think I’ll get more traction from those buyers by being in this section.”

“Due to demand, we increased the Collection’s space and number of participants,” said Stein, who also received tremendous response for seminars by Eveden’s fit specialist and Greenberg Traurig’s fashion attorneys. “We were asked to have them return.”

“We are mixing categories and filtering in new brands alongside strong anchors so they all get as much traffic, and everybody can feed off each other,” said Cabana cofounder Janet Wong, who also improves traffic flow with a second registration area and restaurant, and debuts a morning wellness series for meditation, yoga and boxing. “We’ll have the same curated aesthetic on a smaller scale at our New York show, which launches at Pier 92 from September 16 to 18.”

At the W, Hammock continues its combination of exhibitors showing in suites throughout two floors and in an open format in the hotel’s ballroom. New lines are Fleur Swim and Ris-K, women’s suits by Viva USA, which also manufactures Dippin’ Daisy’s. Both are based in Los Angeles. Accessories represent 10 of 67 vendors.

“More resort brands are starting their own accessories collections or collaborating on them,” said Fatzinger, of the highest amount ever dedicated to the category. “Brands are branching out across multiple platforms to build year-round businesses.”

He’s incorporating new wellness amenities in both his projects. At Hammock, Lunada Bay hosts by-appointment treatments such as Bliss Spa massages and Drybar hair blowouts to entice buyers and influencers to check out its new brand, Soluna. SwimMiami’s Swim to Gym initiative partners with Vixen Workout and Pure Barre for fitness activations.

Many brands are following what they preach by getting out on the water. Marysia’s cruise sets sail from the Standard on July 22, while Flagpole treats Cabana goers to paddle boarding around Biscayne Bay on Sunday morning.