LONDON — With Britain still in lockdown and designers grappling with complex, costly paperwork and trading post-Brexit, fall 2021 will likely be remembered as the season of choking on red tape.

London Fashion Week begins today and runs through Feb. 23 and while the showcase is coed, and open to the public, it’s an unusual time. Many big names, including JW Anderson and Christopher Kane, are opting not to show on the calendar, and London’s biggest brand, Burberry, is releasing men’s wear only, with women’s to come at a later date.

It’s also a season of London looking outward — and seeking solutions in a challenging time for British business.

The British Fashion Council, which puts on the shows, has secured major new sponsors in the two tech companies TikTok and Clearpay — neither of which is British — and is taking a slice of LFW to Seoul, South Korea, via a collaboration with multibrand retailer Boon the Shop.

The project, supported by the British government’s Great Campaign, will showcase 11 designers including Alessandra Rich, Alighieri, Charles Jeffrey Loverboy, JW Anderson and Wales Bonner. The BFC will also co-host an online forum, in collaboration with WWD Greater China, focusing on British designer businesses in the region.

International buyers, too, are attempting to look beyond the immediate costs and complications of trading with U.K. companies, and continue to look for creativity here.

Designers will certainly need that support as they navigate through the time-consuming and expensive maze of post-Brexit trade with the European Union.

While Britain may have struck an eleventh-hour free trade deal with Europe — avoiding potentially onerous World Trade Organization tariffs — fashion houses here still have to face the reality of filling out multiple value-added tax forms; decide who pays VAT, and bankroll the extra charges on the materials and supplies they import from regions such as Asia, and then later export as finished goods to the EU.

He said Tomorrow is fortunate in that it was able to hire experts to help the business chart a path through the new regulations — although that path is proving expensive. 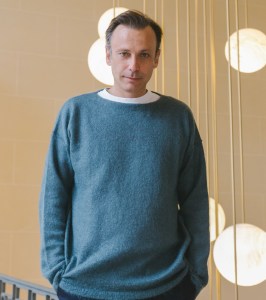 Tomorrow is having to take on extra warehousing in the U.K. and in France, and has committed to paying duty on all deliveries to retailers outside the U.K. “We’re doubling up on costs and operations to protect our customers. In the end you have to fight hard to protect your customer,” he said.

Temperley London CEO Luca Donnini is facing similar challenges. He said the new trading requirements will force most U.K. producers to open a branch, or appoint a VAT representative, in Europe to ensure that deliveries are consistent and competitive.

“Luckily, we have already organized a logistics platform for this purpose in Italy to avoid additional delays in delivery lead times,” Donnini said.

Valery Demure, who has an established jewelry showroom in London, is taking a different route. “Brexit is definitely going to be serious — and we are not talking of teething issues. Lots more paperwork, VAT costs, duties, and having to use brokers to navigate issues with customs,” she said.

“I am definitely looking into relocating the main part of our operations to Europe, and keeping a team in London.”

Larger companies and platforms, such as Burberry, Next and Asos, are incurring millions of pounds in extra Brexit costs, opening bonded warehouses and paying lawyers, accountants and trade experts to pick through the complex rules of origin and VAT costs of doing business with Europe.

Smaller brands and independent labels that source and produce in the U.K. — such as some Savile Row tailors — aren’t suffering as much as they don’t have to pay extra duty on imported raw materials or manufacturing. That said, they’re not exactly celebrating the return of the carnet, or international customs document, and all the extra red tape.

Businesses that are sourcing and manufacturing outside the U.K. are really feeling the heat, and many do not have the resources to face the new, post-Brexit reality.

“Additional costs cropping up everywhere. All couriers now also charge a ‘Brexit fee.’ Suppliers have added on additional processing fees and stores want discounts off the goods due to the extra charges that they also have to pay, so we are getting bitten on both ends,” said Matthew Harding and Levi Palmer of Palmer Harding.

“There is not much we can do other than raise our prices, which we don’t really want to do,” the designers added.

Roksanda Ilincic said that in addition to the added taxes, delayed deliveries are an equal cause for concern as they are “make or break for sell-throughs.”

“There hasn’t been clear government support for fashion. Fashion is a huge sector for the U.K. economy, but we are not perceived as such,” added the designer, who is Serbian-born, London-based and prides herself on working with artisans throughout Europe.

“The free movement of goods is essential for our industry and, failing that, many companies will be forced to move out of the U.K.,” Ilincic said.

European retailers are continuing to buy British, but are doing so with a more watchful eye, given the new ways of trading.

“So far we haven’t seen any big issues, and things have been going smoothly,” said Aldo Gotti, general manager of Modes Group, the Italian luxury retailer that carries brands including Burberry, Vivienne Westwood and Craig Green.

Gotti said he’ll be following the London Fashion Week digital shows, and that Brexit won’t stop him from buying British designers. “Now more than ever we should be looking for newness — it’s our obligation.”

Federica Montelli, head of fashion at La Rinascente, said the store will do its best to support British designers, although “Brexit has made everything more complicated.” She added that the smaller British brands will, in the end, be hit hardest by the added paperwork and costs of doing business abroad.

Brands that rely on direct-to-consumer business through e-commerce are also concerned that customers won’t want to buy British for fear of being slammed with extra duties and costs on delivery.

Martinetto said Tomorrow’s direct-to-consumer businesses in the U.K., which include the multibrand retailer Machine-A, are already feeling the pinch. He said that while traffic is high to the sites, consumers are failing to complete their orders at checkout.

“The drop-off at checkout is significantly higher than usual due to customers’ uncertainty of what duties they might have to pay, depending on the origin of the product, and what the courier might charge them,” he said.

Other online customers outside the U.K. are simply returning goods because they don’t want to pay the extra charges. Brands are then faced with tough choices — they can pay the extra export costs, or get rid of the goods altogether.

“E-commerce returns are increasing because of these extra costs, so the most cost-effective option is to abandon or destroy these goods. Is this the sustainability we’re all fighting for?” said Carlota Barrera, an emerging men’s wear designer who is making her London Fashion Week debut this season. She works with family-owned factories both in the U.K. and in Europe.

Even if those end-consumers decide — once lockdown is lifted — to travel to the U.K. for a shopping trip, they won’t necessarily be getting any deals on British fashion.

Last year, the British government made a shock decision to repeal the VAT Retail Export Scheme, which had allowed visitors from outside the U.K. to benefit from tax-free shopping.

For years, the British government had subsidized the tax-free shopping program, but those days are over as it looks to claw back as much money as it can to offset the billions in debt accrued during the COVID-19 crisis.

“If the country’s policy on VAT is not revised, the British fashion industry — and equally, the appeal of its fashion week — will remain in trouble long after lockdown eases,” said Tamara Cincik, CEO of the industry lobby Fashion Roundtable.

Fashion Roundtable’s open letter to the U.K. government calls for the reinstatement of the VAT Retail Export Scheme and for tax relief and support for small fashion enterprises that are manufacturing and innovating in the U.K. The letter has been signed by more than 400 industry members, ranging from Ilincic, and Edward Crutchley to Vivienne Westwood and Alice Temperley.

Buyers outside the EU said they will continue to support London fashion houses as much as they can, and they continue to find the city’s creativity irresistible.

Mia Young, chief merchant at Lane Crawford, said the store is looking forward to seeing “Britain’s avant-garde inventiveness this season. We don’t want brands to play it safe. We believe strongly that the customer wants to be inspired right now, and want to see a strong product curation at our stores.”

Lane Crawford carries 10 British women’s ready-to-wear brands and 12 men’s labels including JW Anderson and Alexander McQueen. “We are always looking at new brands and are not restricting buying more British brands if the product is right for us,” Young said.

She added that the renewed strength of the British pound “doesn’t affect how much we buy as we factor in currency fluctuations across our entire buy on an annual basis. The euro has gone up in the last year as well so the variance is not a big deterrent. Our mission at Lane Crawford is to search for the most compelling product for our customers in Hong Kong and mainland China.”