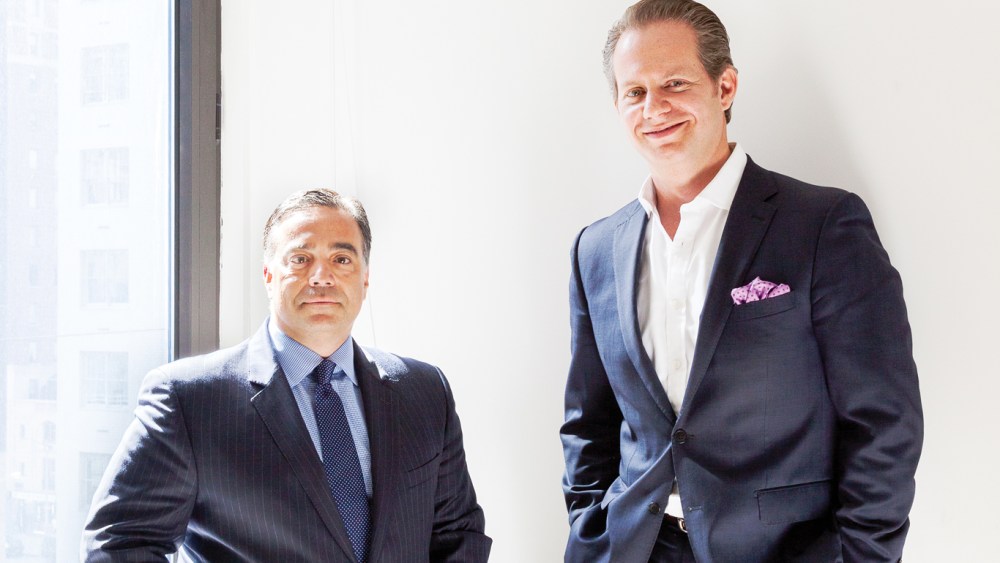 The notion of heritage comes up more than a dozen times during an hour-long conversation about Bruno Magli, the 80-year-old Italian luxury brand poised for a comeback after several years of turbulence.

“There is incredible heritage, history and legacy behind this brand,” said Cory Baker, chief operating officer of Marquee Brands.

The purchase follows nearly two decades of uncertainty for Bruno Magli, during which the company, founded in 1936 by siblings Marino, Mario and Bruno Magli, underwent an extended game of musical chairs with owners: in 2001, a Luxembourg-based investment fund acquired a controlling interest from the family; in 2007, it was sold to U.K.-based private equity fund Fortelus Capital, and in 2014, it was acquired by Da Vinci Invest AG, a Swiss fund. Around April 2004, the brand’s U.S. unit filed for Chapter 11 bankruptcy, from which it exited in January 2005.

Still, DeVirgilio views the past 15 years as not a red flag, but rather, a sign of resilience. “It was never a brand that bounced off the bottom as some brands do,” he said. “It also has very good distribution and was in all the top doors, and the price point was very attractive to us. All it needs is some resources and support and brand management.…Over the 80 years of business, that turbulence was just six or seven years. I’m not too worried about it.”

When asked about the state of the business upon acquiring the brand, Baker demurred, “When we look at businesses from an investment perspective, we focus on the integrity behind the brand. Sometimes, when you get under the hood, you see a supply chain that is not optimal and you see what fixes need to be made. The product quality is good, but the supply chain and distribution is an issue.”

DeVirgilio detailed the company’s three-prong strategy to correct its course. “First, the important part was to get the brand at the level of awareness that it deserves. The second thing is to get the product and pipeline working correctly. Third is to execute the retail stores.”

The company aims to generate annual global retail sales of $500 million by 2020.

Last month, the brand introduced a fall advertising campaign, a luxury, men’s wear-focused setup shot by David Rosenbaum. “We’ve probably done more marketing over the last six weeks than the brand has done over the last six years,” said Baker. “Men are much more sophisticated about their fashion choices now. When they spend $400 or $500 on a pair of shoes, they want to know what they’re getting. There’s a promise and a commitment that we deliver with the brand and part of that is communicating to the end-consumer and letting them know first and foremost that Bruno Magli is here.”

To remedy what they considered the main problem at hand — supply-chain and distribution issues — Marquee tapped LJP International, a New Jersey-based brand sourcing, distribution and licensing partner. “Aside from just creating and designing fantastic product, there is a distribution model, there is a sales engine, and there’s a marketing engine [in place at LJP],” said DeVirgilio.

LJP also had a hand in readying the actual product for the brand’s latest incarnation. Though Bruno Magli has previously offered women’s footwear and bags, both of which exist in its Asian channels, Marquee chose initially to focus solely on men’s footwear, which comprises 95 percent of the brand’s U.S. business.

“There are legacy customers that have been with the brand for 40 years,” Baker said. “There’s also an aspirational customer around 29, 30, who is at a time professionally where he can start rewarding himself and invest in luxury.”

DeVirgilio cited a white space in the market. “Where Cole Haan is at the bottom of this range, the next level is Ferragamo and there is nothing in between in terms of price tier-ing.”

The new Bruno Magli plans to target this level with a range of shoes to take the customer from work to weekend, with prices ranging from $415 to $550. The aesthetic is based on heritage, but with further expansions into fashion-forward details, such as croc-stamped leather, hand burnishing and elongated lasts.

“We didn’t go in there and say, ‘These guys have been around for 80 years and don’t know what they’re doing,’” said Paul Vando, vice president of design at LJP. “We’re taking a classic look, but making it more appealing to that younger guy.”

Besides the main collection, the company is also launching a higher-end line, “Collezione,” mostly priced between $625 and $675, and which runs to $800 for fall boots.

“The plan here is to develop the brand so we’re delivering trends that are accessible but not intimidating,” said Baker. “We want to advance and be fashion-forward without being too in-your-face. In the past, there was a time when prior ownership had gone a little too far. When you inherit an 80-year heritage, you have an obligation to the consumer.”

To reflect the new look of the product and to remedy prior distribution woes, Marquee and LJP decided to scale back the number of retail doors carrying the brand by roughly 25 percent. “It’s a hard decision, as acquirers, to say, ‘We’re going to put a pause on that,’” said Baker. “But we’ve done it and had good response.”

He declined to specify the number of doors in which the label is sold. The brand’s own retail footprint, however, will soon rev up again, with the introduction of stand-alone Bruno Magli stores in the U.S. The company, which has one store in Italy and 72 across Asia, has teamed with Luxury Retail Partners, with Kramer Design Group working on the retail concept, to plot the North American strategy. Up first: Miami, with a store scheduled to be open by the end of 2016, followed by Las Vegas and New York. Europe will also get new stores: retail development is in the works in Italy, Spain, London and Germany. In total, the company plans to open 14 stores over the next three years.

What will be in these stores is also of note. Expanding upon its core men’s shoe business, Bruno Magli plans to launch women’s footwear by the end of this year. “Our crowbar into that space is our authenticity,” said Vando. “We’re going to show [retailers] a beautiful collection of women’s shoes that can stand next to men’s in terms of design and quality.”

Still in the early stages of development, DeVirgilio expects the women’s line to compete with the likes of Jimmy Choo, Salvatore Ferragamo and Manolo Blahnik. “It will be a well-balanced line. We’ve already started to map out the multiple layers of [women’s] needs,” he said. “We need to be credible — we are getting approached from the consumer, from the retailer. We think a good testing base will be our retail stores. We’ll be able to hear directly from the consumer.”

Beyond shoes, the company also plans an eventual expansion into clothing. The team has enlisted the help of designer Doo-Ri Chung to develop styles.

“From the outset, Bruno Magli was ripe for expansion into lifestyle categories,” said Baker. “To help bring life to the vision and fashion direction of these areas for growth, Doo-Ri was the right partner to develop new styles for our upcoming men’s and women’s luxury collections.” The first styles will be a men’s tailored program with suits, shirts, ties and top coats, out for fall 2016. Women’s leather and outerwear categories are also being developed, though timing has yet to be finalized.

The goal of all this effort is building a lifestyle brand. “The core to our strategy is that this is a lifestyle brand,” said DeVirgilio. “We need to step away from this being just a shoe company. In my experience, people will pay a premium for lifestyle brands. Why would anyone buy Lanvin sneakers? But they are credible because they are an aspirational lifestyle brand. For us, we’re going to do it the other way — we’re credible in the footwear category, so extending from that makes sense.”

Added Baker: “When you look at the luxury space today, if you see a high-end brand that has almost as many doors as Starbucks, something is getting lost. Our commitment is to deliver product that is only made in Italy. Consumers are becoming more educated. They want to know what they’re spending their money on. If they know they are getting something of that [high] quality, they can feel better about what it is — as opposed to putting another $700 into the Starbucks luxury world.”