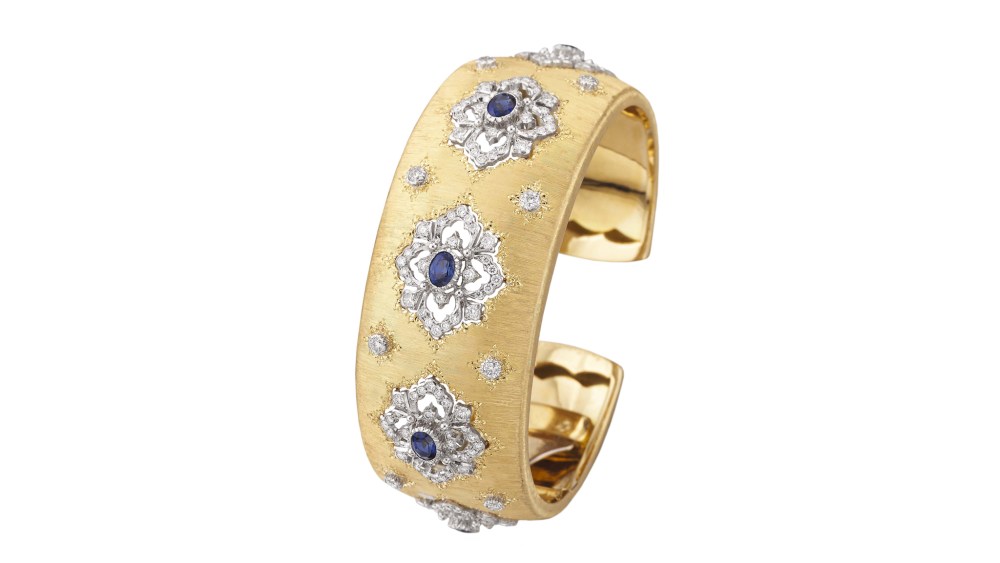 MILAN — Italian jewelry company Buccellati is launching its Opera collection in the U.S. with a series of events.

Unveiled last July in Paris, Opera is a line of gold bracelets, necklaces, chokers, rings and earrings that targets a younger audience compared to the brand’s one-of-a kind upscale creations.

“For this launch we wanted to team up with local institutions and charities in order to donate something to people in need and support special projects,” said the Milanese company’s president Andrea Buccellati, who designs the brand’s pieces along with his daughter, Lucrezia.

The events will start Monday in Chicago, where the company joined forces with women’s association the Service Club, then on Thursday night Buccellati will host an event in partnership with Los Angeles-based P.S. Arts, a nonprofit organization providing art education programs in public schools and communities. On Nov. 13, the company will sponsor a dinner at the Pérez Art Museum Miami reserved for the 200 most important benefactors of the museum, which will also be the location of a less formal cocktail party organized the following Tuesday.

Then, Buccellati will move on to New York, where private events will be held at the brand’s store on Madison Avenue, and the tour will end in Aspen on Dec. 28 with an in-store cocktail party.

“The United States offers us extremely interesting growth perspectives,” said Buccellati, revealing that the company might open two additional directly operated stores in the market by 2017. “We think California and Texas are the most interesting destinations for us now.” Buccellati already operates five flagships in the States, in New York, Chicago, Miami, Aspen and Los Angeles, as well as several corners and shops-in-shop at top department stores, totaling about 60 points of sale.

“The taste of American customers has become more and more sophisticated — people look for unique, high-quality and particular pieces and they are less influenced by advertising than in the past,” said Buccellati, who highlighted that the range of purchases in the country is priced at between 5,000 euros, or $5,675, to 30,000 euros, or $34,100, at current exchange rate. “The average purchase is definitely higher in the flagships than in the multibrands and department stores.”