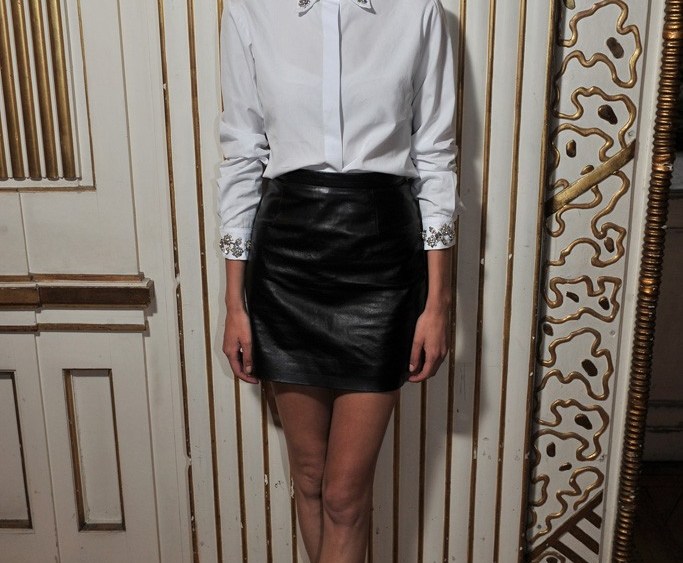 DIVA ALERT: Bulgari on Tuesday celebrated its new fine jewelry collection, “Diva,” with a party during Paris Couture Week attended by Carla Bruni Sarkozy, who appears in the advertising campaign for the line.

Bradley Cooper, Milla Jovovich, Virginie Ledoyen and Pace Wu gathered at the Hôtel Potocki mansion, where models wearing pieces from the collection paraded beneath rows of chandeliers. Cooper got almost as much attention as the jewels, spending most of the evening posing for pictures with female guests.

Wearing a slim trouser suit, Bruni Sarkozy sported jewels including the stunning sapphire-and-diamond Forever Glamour necklace, whose centerpiece is a 43-carat sapphire from Sri Lanka. She mingled with guests, showing off pictures of her baby daughter Giulia on her iPhone.

The model-turned-singer said she grew up with Bulgari jewels — although the pieces belonged to her mother. “She adored them. That was a different era, and I have really magical memories of my mother taking out her jewelry,” she said. “It was always a little like a fairy tale.”

The campaign, which will break in the September issues of major magazines, was shot in Rome by Terry Richardson. “He gives the whole team a spectacular level of energy,” Bruni Sarkozy said. “He didn’t want anything too reverential, but something lively and active.”

Bulgari chief executive officer Jean-Christophe Babin said Bruni Sarkozy was the ideal brand ambassador for Bulgari. “She is an independent, very cultivated woman who is an artist in her own right, and on top of that, she is Italian,” he noted.

Among the fans of the brand in attendance was Houston philanthropist Becca Cason Thrash, who said she had built up quite the collection during her first marriage with an Italian heir, who was friends with Nicola Bulgari.

“For the first seven years of my existence with him, all my jewelry came from Bulgari — and now I’m pulling it all back out again,” she said. On Tuesday night, Cason Thrash was sporting De Grisogono earrings, but she had an excuse: They were the perfect match for her dress. “Fashion first, right?” she said.