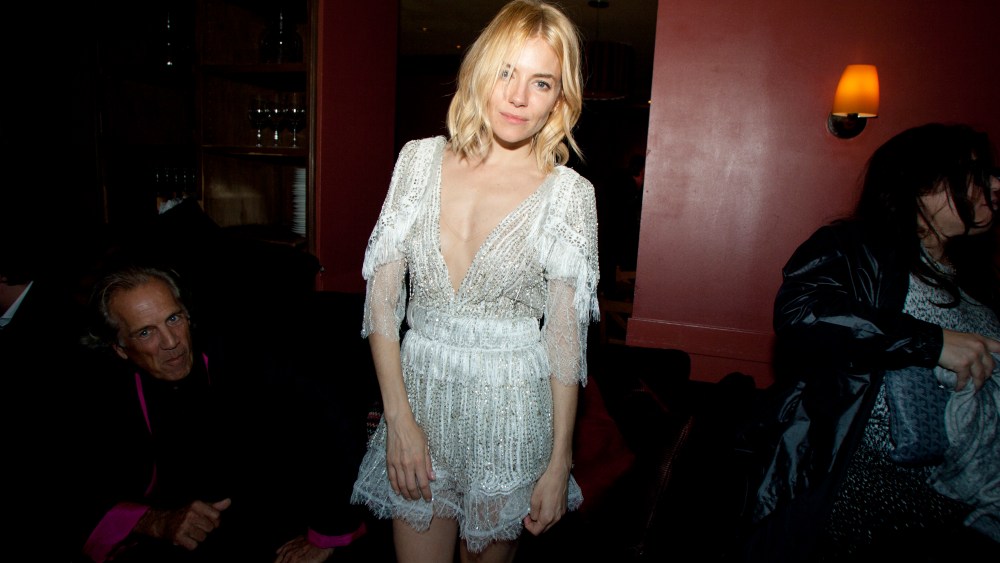 Is there a “Top Chef” celebrity edition? Someone ought to consider booking Sienna Miller. The actress, who costars alongside Bradley Cooper as a sous chef in the film “Burnt,” picked up some impressive culinary skills on-set.

The film taps into the whole concept of celebrity chefs. Cooper stars as fallen but talented chef Adam Jones, who returns to the London dining scene after years of drug addiction to fulfill his dream of achieving a coveted 3 Michelin-star rating for his restaurant.

To prepare, the cast got serious about their training with real Michelin-starred chef Marcus Wareing.

“They had genuine cuts and burns day-to-day, it was impressive,” said Matthew Rhys, who plays a rival chef in the film.  Sadly, it’s unlikely the trio will open a restaurant with their new skill sets. “Three actors running a restaurant sounds like an absolute idea for disaster,” he continued, while another actor in the film noted that he had already jumped into the dining scene. “I started a restaurant myself 5 years ago, so this world is very familiar,” said Daniel Brühl, who owns Bar Raval in Berlin.

A quick date check confirmed that Tuesday had turned into Wednesday. The “Back to the Future” actor had finally touched down on the date his character time traveled to back in 1985. Whether or not 2015 matches up to the movie’s hype, Lloyd’s critique of “Burnt” was at least positive: “Oh,” he said of the film, “I loved it.”