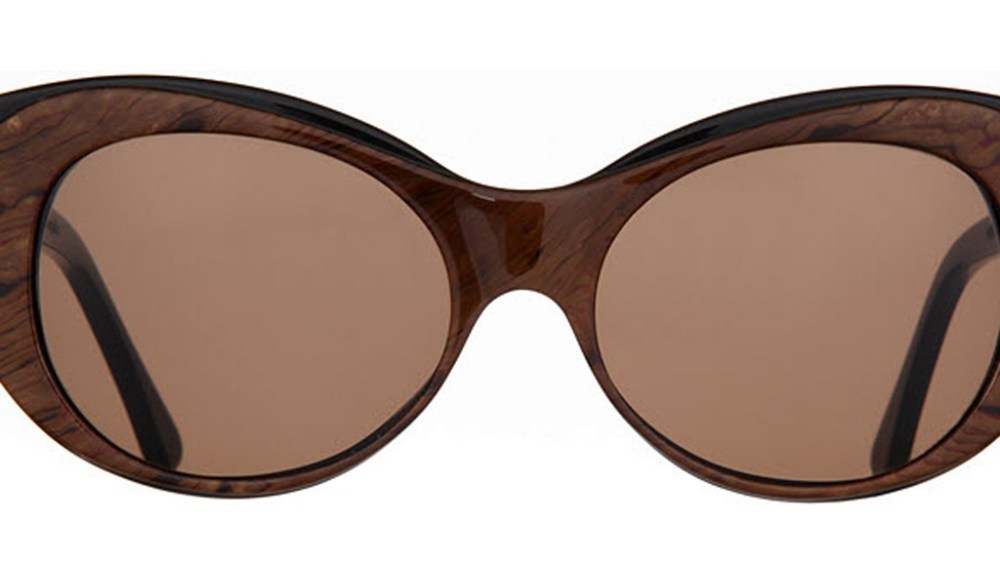 PARIS — Upscale style and originality were the key focus for retailers shopping spring collections at Silmo, the four-day international eyewear show that ended Oct. 7 at the Parc des Expositions here.

Attendance was flat at 34,696 visitors, with 54.8 percent of visitors international. Some 900 exhibitors showcased their products.

Yoan Benzaquen, a buyer for Marc Le Bihan, a trendy eyewear boutique based in Paris, said customers were increasingly looking for “something different, something more artistic and avant-garde,” compelling brands to “focus on quality and materials.”

Mykita, the directional Berlin-based firm, made the circular form a recurring theme for spring. “Round has always been the frame of the intellectual, avant-garde class,” explained the firm’s chief executive officer and creative director Moritz Krueger, who sees the company’s turnover increasing by 20 percent this year. “And even though it’s difficult to make, it is also suitable for most faces.”

Krueger added that there would be a special fit for Asian customers within the conceptual line the brand produced in collaboration with designer Damir Doma due in stores beginning in February.

Simon Chu from Excellent Optical Co. in Hong Kong said he was looking for “something new and fresh” rather than established brands. While queuing in front of the booth for Victoria Beckham, who launched an optical line at the fair, he warned that the demand for optical frames was ebbing as more and more people in Asia were opting for laser surgery.

Beckham’s choices of material, including surgical steel for ultralight flexibility and vintage acetate from — just enough for 250 pairs of glasses — created buzz.

Benzaquen, whose budget was up by 10 percent, said he was impressed with Kuboraum’s chunky eyewear collection handmade in Berlin as well as the Frenchman Thierry Lasry’s color-conscious approach.

Echoing other attendees, he cited trends to “round shapes and cat-eyes, with a comeback of color and handmade design.”

Sandrine Pereira, a buyer for Les Plus Belles Lunettes Du Monde in Paris, cited a morose mood among her French customers, prompting her to reduce budgets and stock only sure bets. “With the crisis and the change of government people are afraid,” she said. “Also, with the crisis people are fed up with black and tortoise, so I’m starting my own design of very colorful, round mirrored lenses. Because there is a lack of color in optics and we have to be different.”

High-end pieces were in demand at Silmo. “It’s our fastest-growing price segment,” said John Juniper, ceo and cofounder of California label Dita. “It’s also where our volume is. Within the last two years we have tripled our sales, which is amazing in this market environment.”

Showing at a fair for the first time in 10 years, Dita unveiled its new Thom Browne line evoking vintage industrial design. Customized from the nose pad to the hinges, with titanium frames and detachable temples in metal mesh or leather, the pieces are slated to retail for between $425 and $799.

Steve Hudson, owner of The Eye Company, London’s high-end optical shop, stressed the need for smaller retailers “to focus on quality,” citing a recent study predicting that by 2020, only 600 opticians will be left in the U.K. “There is a big culture for chain stores and low prices. Competing is almost impossible. The only way to go is the other way if you want to survive, [especially since] people have begun to view glasses as more than just an appliance,” he said.

Cutler & Gross said it is set to open a “creative factory” for bespoke designs in West London in November. The idea is to train British graduates at the company’s factory in Italy to preserve the traditional skills, which are dying out in the region, and eventually start manufacturing in England.

Gearing up to open a new store in New York shortly, the British eyewear maker, which has 500 points of sales in 50 countries, is also launching a Chinese Web site this week. “China is very tricky,” said Majid Mohammadi, the firm’s ceo. He noted that e-commerce along with an ongoing shop-in-shop partnership with local player Puyi Optical would allow him to control the distribution.

Launches at Silmo by Cutler & Cross included a new optical range for Maison Martin Margiela — ultrathin, made of stainless steel and translating Margiela’s minimalist handwriting into lightweight cat-eye and circular frames retailing from 310 pounds, or $383.

Marchon, meanwhile, decided to showcase its launch collection for Chloé outside of Silmo, in a rented space next to the Arc de Triomphe, after clients had complained about noise and large distances to the exhibition hall last year. The styles came in soft shapes and colors, including Chloé’s signature red mimicking the brand’s leather accessories through the “leather  effect,” which meant stacking transparent and colored sheets of acetate upon each other for more depth.

Marchon’s ceo, Claudio Gottardi, said his company, which has experienced an average growth of 15 percent over the last three years, was moving away from licensing. “It makes 80 percent of our business. Long-term, that’s not a good strategy,” he said.

Instead, the firm is looking to build in-house brands and expand with the knowledge of strong regional players such as Scandinavian Eyewear, which it acquired earlier this month. “We will do the same in other regions. In the next six months, we will announce two major deals.”