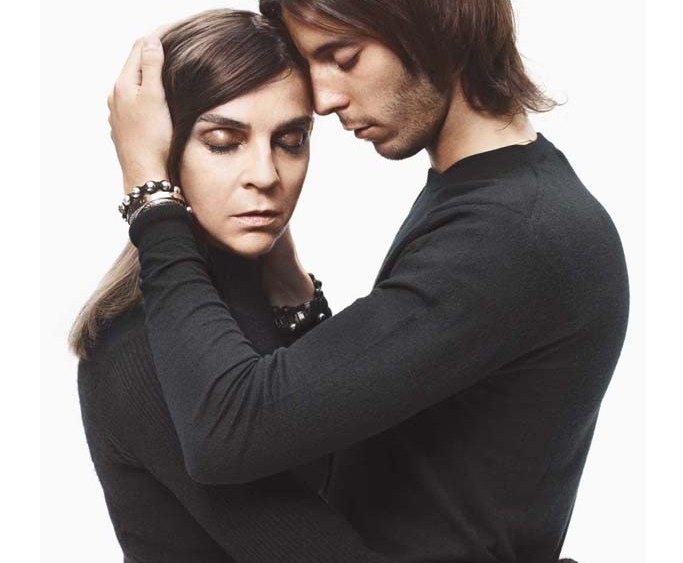 Carine Roitfeld assembled a cast of familiar faces for her collaboration with Barneys New York. For the “Carine’s World”-themed fall women’s campaign, the former editor in chief of French Vogue recruited daughter Julia Restoin Roitfeld in Givenchy, son Vladimir Restoin Roitfeld in his own clothes, Marie-Amelié Sauvé in Balenciaga, Victoire de Castellane in Azzedine Alaïa and Dasha Zhukova in Proenza Schouler. Roitfeld, who worked closely with Barneys’ creative director Dennis Freedman, also got many other models-of-the-moment in clothes of the season to pose for Mario Sorrenti, who shot the campaign. The pièce de résistance, however, may just be the photo of Roitfeld herself in an all-black Rick Owens ensemble, which also graces the cover of the Barneys’ women’s designer book.

In the mailer, Roitfeld added a quote about each of her carefully-cast characters — “Here she looks like I did when I was 18, but prettier!” about her daughter being one of them. “Our goal with the campaign was to create a personal experience with someone who has extraordinary style like Carine,” Freedman said.

The images will also be featured in Barneys’ fall windows, which are inspired by Roitfeld and will be unveiled Sept. 2, as well as inside the stores and on barneys.com. The ad campaign also launches in September fashion and lifestyle books.