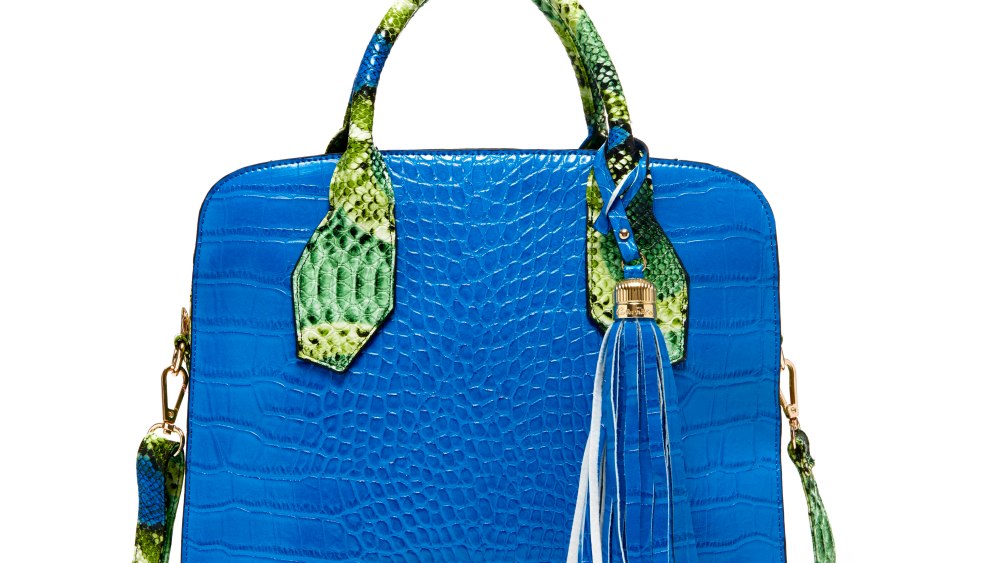 The Carlos Falchi brand will not be dormant much longer.

The brand has taken a yearlong hiatus in the aftermath of its namesake founder’s March 2015 death, but will be revived with handbags created by licensee Accessory Headquarters. New designs will be introduced this week during spring 2017 New York market appointments.

In its new iteration, Carlos Falchi bags will be entirely vegan and are PETA-approved, according to AHQ chief executive officer Abe Chehebar, a longtime comrade of Falchi’s. The line will retail between $78 and $198.

“I knew Carlos for 25 years, we always stayed in touch and talked about business issues. We almost got together three or four times on projects, but it never ended up materializing. This is more than just a license for me, it’s more of an emotional attachment per se,” said Chehebar.

It is understood that Carlos Falchi’s owner Bill Sweedler, chairman of Sequential Brands, is looking to license other facets of the brand — including shoes and lifestyle goods.

Chehebar said that the official bag license was signed about three weeks ago, but that AHQ had been working to develop the line throughout negotiations.

“We wanted to launch in August market. Spring 2017 just felt like a good time from an aesthetic standpoint, applicable to the merchandise,” he said.

For its reboot, Chehebar looked to capture classic Falchi elements. “We looked at all of his archives, and took many of his classic core bags — whether it had pinking details, or a gathered front, his satchel shapes.”

Falchi, who died at age 70, began his career in the late Sixties as an artist living in Greenwich Village, making his own clothes from patchwork leather that he bleached and dyed in his bathtub. His DIY style caught the eyes of the likes of Patti Smith, Miles Davis, Tina Turner and Mick Jagger, and landed him a meeting with Henri Bendel. Upon meeting with the store’s president at the time, Geraldine Stutz, it was the bag Falchi was carrying that attracted her attention and caused the designer to move into accessories. Over the years his collection would be carried at department stores including Saks Fifth Avenue, Bloomingdale’s and Henri Bendel.

Falchi was heralded for his patchwork designs that incorporated exotic skins, such as python, alligator and ostrich. During his career, he received awards including the Coty Award for American Accessories Design in 1986 and the Lifetime Achievement Award from the Accessories Council of America in 2004. He also received two CFDA nominations, in 2004 and 2006.