LONDON — Cartier is stepping into its retail future, as it reopens the doors to its revamped London flagship on New Bond Street.

The boutique — which is the result of an ambitious nine-month renovation project and even more years of planning — offers an elegant and luxurious space that resembles a home and an exhibition space, as much as it does a shop floor.

“If you compare the historical boutique with the one we are opening, the base might be the same, but one has nothing to do with the other,” said Laurent Feniou, Cartier’s U.K. managing director, during an interview. He added that the company has moved its London offices from Bond Street to Regent Street as part of the revamp process in order to dedicate the whole building to retail and reimagine what its London flagship can look like.

“It’s a purely tailor-made boutique. It was a good moment for us to rethink the roles of the boutiques, and of the flagships in particular,” he added.

In line with Cartier’s overall ethos of marrying tradition and modernity, the space emphasizes some of the listed building’s original features, including wooden panels and a grand wooden staircase that was previously hidden away.

History is entrenched in the boutique, from the Charles de Gaulle salon, which was previously occupied by the French statesman during World War II, to the marble on its reopened Albemarle Street entrance, which has been engraved with the brand’s name since the Twenties. 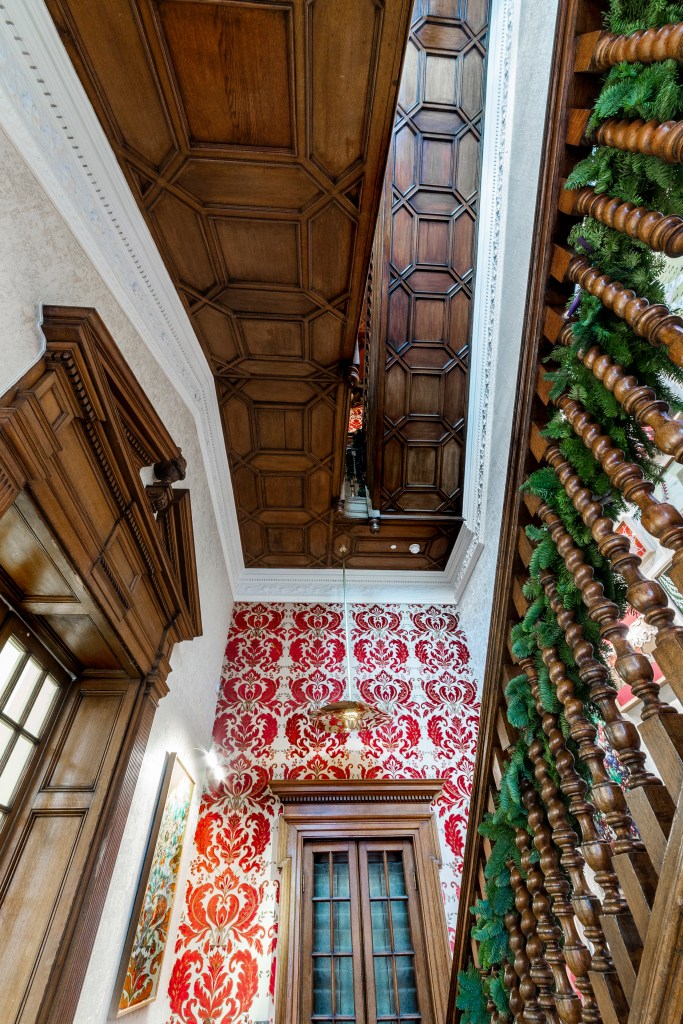 “We are going to reopen the Albemarle Street entrance at exactly the same spot we had in the 1920s. I’m keen to explore the novelties of the street, from [the restaurant] Isabel to Browns Hotel and all the art galleries. It’s opening Cartier to a new audience,” Feniou added.

The company also joined with contemporary artisans from all over the world to create new bespoke pieces for the boutique, from a range of futuristic chandeliers by Paris-based Studio Mydriaz to a light installation by Studio Drift.

There are commercial floors filled with natural light and white and gold furniture; private salons that channel a homey feel with plush velvet couches and earth-toned fabrics; as well as areas showcasing archival collections and a new workshop space where customers can personalize their purchases — an exclusive in-store service, that Feniou foresees will translate well online, in the future.

A private floor dubbed La Résidence is the boutique’s hidden jewel: It comes complete with a bar, kitchen, dining room and lounge area and is dedicated to Cartier’s top clients.

“There is a dual role for La Résidence. It will be dedicated to VIP client treatment, as well as events and celebrities,” said Feniou. “My dream would be to have a family spending the afternoon at Cartier, having the kids playing, the parents discovering the new collection, getting ready for an event and really being in this environment. And then the next day having an actress or singer host a party for her friends. But we are still holding on to this idea of [the space] being massively exclusive, there is no direct access.”

Cartier sees entertaining as a crucial part of its modern retail vision. That’s why the furniture in-store is designed in a “plug and play” format, to ensure that it can be moved around so that the space can be remodeled for events, from tea parties, to book launches, art exhibitions by the Fondation Cartier or mini concerts — the vision is that the store can be a place to celebrate key moments’ in clients’ lives, but also offer cultural experiences.

“We want to have lots of activities in our flagships and it requires a new way of thinking about retail. It’s about building a community and we have recruited people to specifically manage these activities. The team has been enlarged quite significantly in that regard,” said Feniou. “The ultimate flagship can play the role of a space where things are happening and they’re inspiring an audience from different parts of the world.”

While events will remain intimate, Feniou also sees an opportunity in amplifying some of these activities through social media to speak to Cartier’s broader audience.

Given the brand’s success online — it is one of the best performing brands on Net-a-porter, with one of its Panthere watches selling out via WhatsApp two minutes after the launch — linking the online and offline shopping experiences is among the company’s priorities and Feniou wants to utilize digital to keep enhancing the brand’s quality of service.

Customers have already been arranging appointments or special purchases by communicating with Cartier store managers via e-mail — during Valentine’s Day one customer arranged to have a selection of engraved gifts presented to him and his fiancée the moment he walked into a Cartier boutique — and the idea is to keep upping the ante.

“The U.K. audience is extremely online-savvy, we buy everything online and what I want to bring is a quality of service that is unrivaled. For example, if you want something personalized, that is not available in the boutique; you should be able to receive it by the same afternoon in your office or your home. Many brands are doing things in a similar way but for high-end clients having a bellboy coming to your house delivering a product could be something very special,” Feniou added. “If done in a proper way, online can magnify the retail experience.”

The product offer in-store will also focus on providing a sense of exclusivity. Small quantities of archival products, including a shaker and a Crash watch, have been re-created specifically for the London flagship.

The store will also carry the new Guirlande bag, a top-handle bag in Cartier’s signature burgundy shade, that launched earlier this year with a social media campaign that saw influencers such as Bryan Boy, Susie Lau, Aimee Song and Sam Rollinson, introduce it to the world through tongue-in-cheek, short Instagram videos.

The idea behind the launch was to flex Cartier’s accessories muscle, yet maintain the same sense of exclusivity that is associated with its high-ticket fine-jewelry items.

“We want to create momentum around our leather bags but in an elegant, sophisticated way. We haven’t done any big advertising, it’s extremely exclusive and we have very limited stock,” said Feniou, adding that the bags can only be purchased at the brand’s three main flagships or “temples,” in London, New York and Paris.

The aim is to keep feeding the store with exclusive or archival product far beyond the opening: “The message from me to the team is that this is the beginning of a long story of us providing enticing reason to come back to the boutique.”

The opening comes at a time of uncertainty for U.K. retail, yet the energy on Bond Street remains vibrant with openings from Stella McCartney, Alexander McQueen, Givenchy and Alaia and older neighbors such as Dior, Chanel and Louis Vuitton renovating their flagships on the street.

“Bond Street has remained the place to be, there is a lot of energy and a lot of movement. This is where we need to be making an impact,” said Feniou, adding that even though it remains to be seen how business will be affected in the short term by Britain’s exit from the European Union, the company believes in maintaining its equity here in the long term and continues to invest in the British capital.

It has been working toward renovating all of its U.K. airport stores, as well as its Harrods shop-in-shop, which is the largest in the department store.

Also in the works is a revamp of its Selfridges space and its nearby Old Bond Street boutique, as well as a series of “London celebrations” slated for the new year.

“We want to engage our clients in different ways. We create young vibrant environments that relate to our collections, but we’re also happy to maintain brand traditions such as the Racing Awards and the Polo. You need to play on all fronts,” said Feniou.