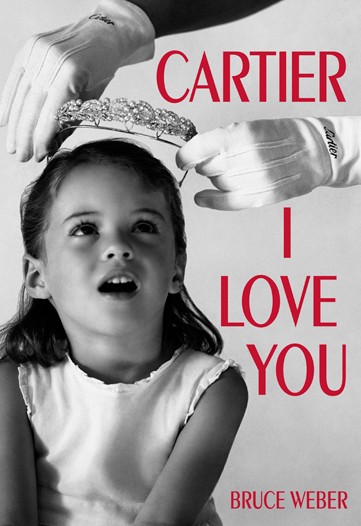 Bruce Weber has composed a love letter to Cartier.

The French jewelry house selected the famed photographer, known for his classic aesthetic in editorial work and advertising campaigns for clients such as Ralph Lauren, Calvin Klein and Abercrombie & Fitch, to curate a book celebrating 100 years of the company’s presence in the U.S.

“Cartier I Love You: 100 Years of Cartier in America” contains a compilation of new images Weber shot in Miami this year and images he collected.

A range of influences inspired Weber in creating the book, and he noted his friend Elizabeth Taylor’s affinity for the brand’s jewels.

“[Taylor] told me so many great stories about Cartier,” Weber said. “One time, when I was photographing her at her home in Bel Air, I saw this beautiful red box on her dressing table. On the top it said Cartier, and on the bottom there was a stencil that read ‘Mike Todd Tiara,’ referring to one of Taylor’s late husbands, the producer Mike Todd.

Weber incorporated images of American society figures of the past such as Doris Duke, Barbara Hutton and Daisy Fellowes, juxtaposed with images of tattooed models covered in decadent high jewelry pieces. There are also archival pictures of friends and fans of the house of Cartier such as Jacqueline Kennedy, Audrey Hepburn, Gloria Swanson, Serge Gainsbourg and Jean Cocteau.

“The more we worked on our research, I discovered…the great talent of everyone in the Cartier family, the more I knew this project would be an occasion to really learn something,” Weber said.

Pierre Rainero, director of style and heritage for Cartier International, felt it was important to mark the milestone for the brand with a creative body of work.

“We wanted to have a cornerstone for this anniversary and the book is a good vehicle to really express all the different dimensions and values of Cartier,” he said.

The book will be on sale starting June 16 in Cartier boutiques across the U.S. Proceeds will benefit Service Nation, an association that aims to raise awareness about social issues in the U.S.

Adding to the notable year for the jeweler, Cartier last month opened a store in Florence in the historic 15th century Palazzo Corsi-Tornabuoni, steps from the river Arno and the Uffizi museum in the city’s luxury shopping district.

Cartier more than tripled the store’s selling space to 2,376 square feet, replacing a smaller venue down the street and incorporating another point of sale that existed in the resort city of Montecatini in Tuscany that has closed.

The new store in Florence is modeled after Cartier’s concept by French architect Bruno Moinard. Inside, elliptical comptoirs sit under a grandiose Murano glass chandelier created by Barovier & Toso. Mirrored and lit walls add light to the store’s four salons, while upholstered walls convey a boudoir-like feel to the VIP area. One of the main innovative elements in the boutique is a separate area dedicated to accessories.