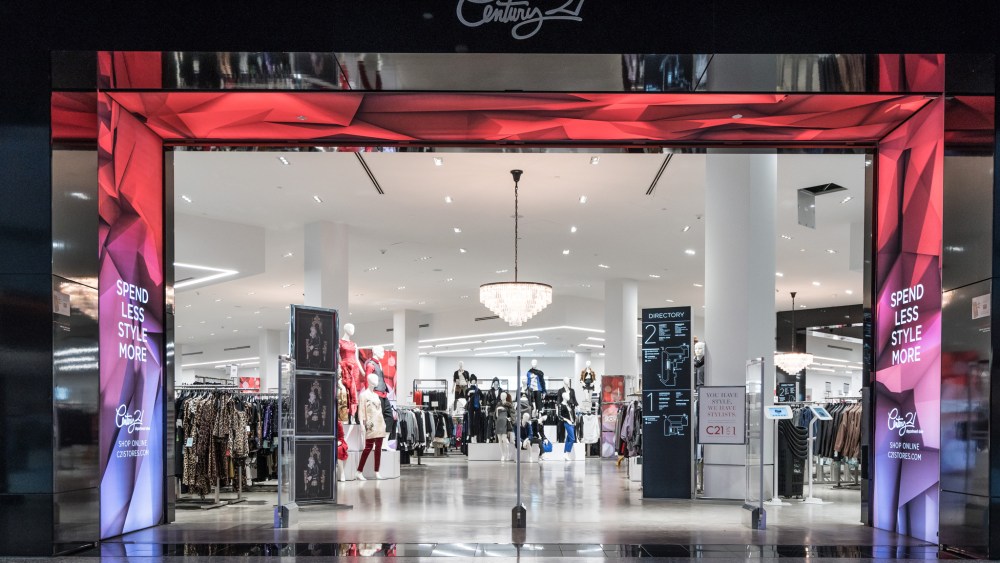 As other off-pricers race ahead with store openings, Century 21 is taking a steady and cautious expansion path.

“We want to grow carefully and roll out stores selectively,” Raymond Gindi, Century 21’s co-chief executive officer told WWD, in a recent interview at the retailer’s headquarters inside the flagship at 22 Cortlandt Street in Lower Manhattan.

Gindi said that over the next few years, the plan is to open one to two stores annually, and that the company usually doesn’t plan more than three years out. Century 21 operates nine stores, with the last opening occurring in Philadelphia a year ago.

In Green Acres, Century 21 has taken space previously occupied by a handful of stores and restaurants. Macerich Co. is embarking on remerchandising and enhancements to the mall. Already, the movie theater, on the site but not physically connected to the shopping mall, has been closed so it can be converted to additional retail space, but the Century 21 site is inside the mall.

For the New York-based off-pricer, opening in Florida is a geographic stretch. Gindi called it “a logistics challenge” but said it’s worth taking it on considering Sawgrass is “an amazing site.” It’s considered one of the largest and busiest off-price centers in the U.S.

Retailing in Lower Manhattan, where Century 21 operates its famous flagship, is growing quickly. Saks Fifth Avenue and Saks Off 5th are opening stores downtown. Nordstrom has been scouting the area but does not have a site yet. The South Street Seaport is being reinvented and remerchandised, and Brookfield Place, where Saks will open, already has several designer shops operating including Scoop and DVF. Brookfield Place will also be the home for the headquarters of Saks Fifth Avenue and Lord & Taylor, which are divisions of the Hudson’s Bay Co. Retailing is being fed downtown by growing populations of residents and office workers.

Century 21 has responded to mounting competition in the last two years by adding new attractions to its 225,000-square-foot flagship, including three selling floors to ease much of the congestion, a new checkout system and C21 Edition, a setting for designer sample sales and vintage luxury with a brass-embellished Madison Avenue aesthetic that transcends the usual off-price aura. The company has also been increasingly active on social media.

“It just brings more traffic,” said Gindi, when asked about the retail influx downtown. “We never shy away from competition.”

Off-price is the hottest brick-and-mortar sector currently. “There’s been a total flight to discount,” by the consumer, Gindi said. “The 2008 recession kicked it off. But in a way, people never stopped shopping discount. They’re appreciating off-price stores more.”