The Boom of the Aesthetic Shower 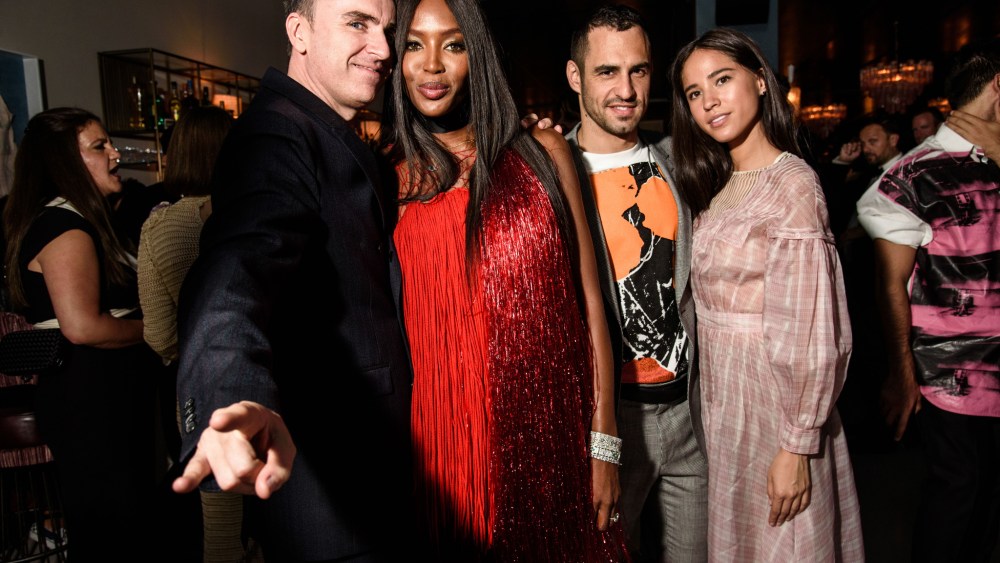 No, Dumbo House is not particularly close to the Brooklyn Museum, but it might just be the closest fashion-friendly hangout in the borough for the CFDA crowd to mingle.

So there they were Monday night, making a pit stop on their way back to Manhattan at the newly opened Brooklyn outpost of Soho House for the official after party following the awards.

Rosario Dawson was an early arrival, meandering out to the patio where Law Roach was also hanging. Katherine Langford and date Prabal Gurung made the rounds, as Victor Cruz obliged for a selfie. The evening’s host Issa Rae was there in a new look, by Victor Glemaud; having done an outfit change for date Joan Smalls, Brandon Maxwell swapped his tux for a sweatshirt and reworked Smalls’ top while he was at it. Fernando Garcia hammed it up for Laura Kim’s iPhone as she filmed him; behind them, Claire Danes and Hugh Dancy perched on chairs, seemingly hoping to remain unnoticed.

The night’s big winners streamed in just shy of midnight. Womenswear Designer of the Year winner Raf Simons rolled in with his crew of Naomi Campbell (herself an honoree) and Kelsey Asbille, making his way to the bar. Armed with a Champagne coupe, Simons clinked his glass with everyone around him. He stayed close to the front and later in the night was deep in conversation with Donna Karan.

Behind the Calvin crew was Sies Marjan’s Sander Lak, winner of the Swarovski Award for Emerging Talent, arriving beside his guests for the evening Laura Harrier, Julia Garner, Garrett Børns and Lineisy Montero.

So how was he feeling?

“Weird — but yes. Weird…that’s the best way I can say it,” Lak said, following the photo op with the group, having made last-minute adjustments to Montero’s dress before a photo was snapped.

“I feel really happy about it, obviously, but I was just really happy to be there with the table that we had. I had an amazing group of girls and boys. For me, once Oprah came on, it was already done for me. It was all over. That was a really good one. After that I was like ‘OK, everything is nice, but yeah, Oprah!’”

Lak had worked with most of his dates before the big CFDA night. “With most of them, we’ve dressed them or we’ve done something together. So there’s people that we know and we work with and we like. Also just, you know, to have a fun night. We all drove in a car to the event together. We all trekked down here from the city to come down here.”

As for how he plans to toast his win, surely he must be more celebrations on deck?

“No, I mean I have to go back to the office and get back to the next collection,” he said. “Now it’s nice, but in a few hours it’s back to work again.”

More from the CFDAs:

Big Os at the CFDA Awards