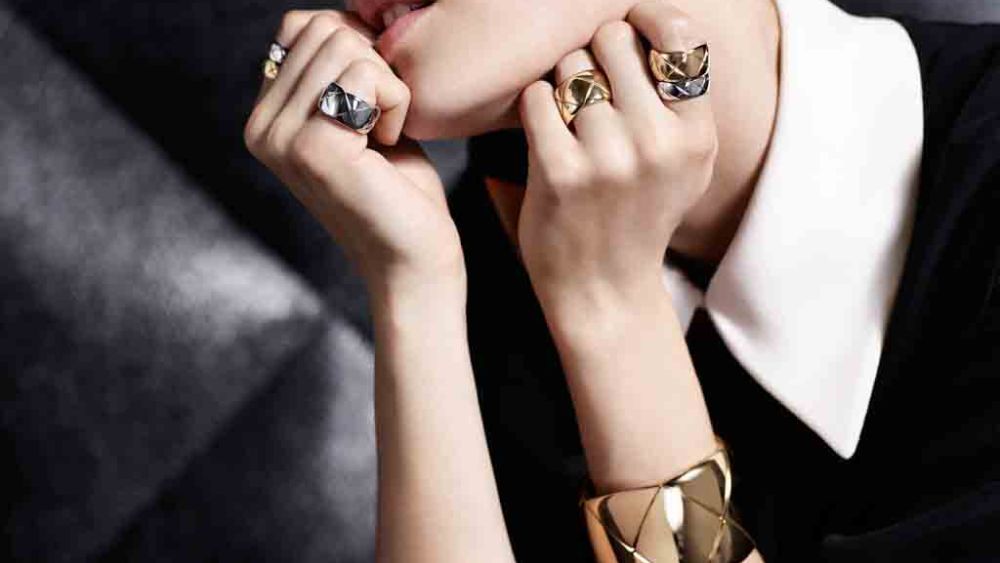 LONDON — Ahead of its dive into e-commerce next year, Chanel is testing the digital waters with a shop-in-shop at Net-a-porter.com for a capsule collection of fine jewelry called Coco Crush.

The six-piece collection will make its debut on Wednesday, with a digital shop-in-shop selling five rings and one cuff designed by Chanel’s Studio of Creation. The shop will remain open for three weeks after the launch before moving to Chanel stores across the globe.

The pieces draw on the world of Coco Chanel and feature the brand’s signature matelassé or quilted pattern, on 18-karat white and yellow gold designs. Chanel first used the matelassé for jewelry in 1993, when it officially branched into the bijoux business.

The temporary space is Chanel’s first e-commerce project, and a new concept for Net-a-porter, whose in-house team built the shop-in-shop from scratch using Cloud-based technology.

“What we wanted to do was an exclusive digital launch, and we thought it was a good idea to partner with Net-a-porter, which has a fashionable and strong audience in luxury,” Benjamin Comar, international director of Chanel Fine Jewelry, told WWD.

Comar added that the cooperation was not linked to Chanel’s plans of building an e-commerce business by the end of 2016, but was more of a “one-time shot.” He described the Net-a-porter customer as very “international and a real connoisseur.”

Alison Loehnis, president of Net-a-porter.com, said the company “had always wanted to partner with [Chanel] in some way.” She called the shop “quintessentially Chanel, full of the brand’s DNA and very modern” and added the Net-a-porter team has created an “entirely bespoke world” for the collection.

Loehnis pointed out that, for the first time, Net-a-porter has eschewed its own signature white background in lieu of black, and that the jewels “pop” thanks to 360-degree photography that allows shoppers to zoom in on the products, and an overall responsive design.

She noted that fine jewelry is a fast-growing category on the site, with growth in the double digits, and the trend is for women to buy for themselves rather than wait to receive it as a gift.

Going forward, she said while Net-a-porter wouldn’t replicate the Chanel shop, she could envision similar partnerships.

As reported last month Chanel could launch e-commerce as early as the fourth-quarter of 2016, according to Bruno Pavlovsky, Chanel’s president of fashion. In addition, three of the Métiers d’Art companies, owned by Chanel under its Paraffection subsidiary, will launch e-commerce by the end of this year.