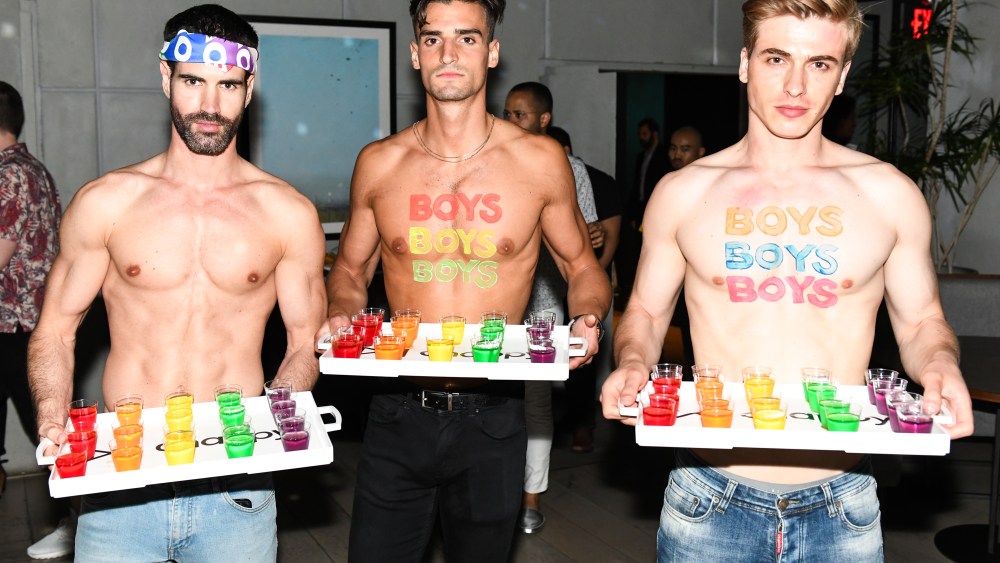 Chappy, a dating app for gay men that was founded in 2017 by “Made in Chelsea” actor Ollie Locke and Jack Rogers, is making a bigger push in the U.S. And to increase brand awareness, they’ve partnered with Spring Place, the collaborative workspace club located in TriBeCa, on a series of events taking place this week during New York City Pride.

Chappy, which is the combination of “choice” and “happy,” worked with Spring Place to host events including an evening of cocktails and conversation cohosted by “Modern Family” actor Jesse Tyler Ferguson and “Orange Is the New Black” actress Lea DeLaria. On Tuesday night they hosted “Boys, Boys, Boys,” a party that brought together personalities including Nico Tortorella and Karamo Brown from “Queer Eye,” designer Timo Weiland and influencers such as Barrett Pall, Freddy Rodríguez and Igee Okafor.

“It is our first time taking a strong stance in the U.S. market,” said Sam Dumas, head of brand at Chappy. “We believe fundamentally that conversation and connection is important and we are currently operating in a dating space that provides one thing. At Chappy, it’s important for us to think of the user first and the experience first. We want to foster a community that’s based on kindness and respect.”

According to Leo Livshetz of Spring Place, which will open a Beverly Hills location later this year, the venue holds 30 to 40 events a month for its members.

“We are obsessed with brands that build communities,” Livshetz said. “That’s the new currency.”

The programming will culminate on June 21 with a breakfast hosted by Paper Magazine’s editorial director, Mickey Boardman, and creative director, Drew Elliott. They will lead a discussion with 25 guests on gay dating.