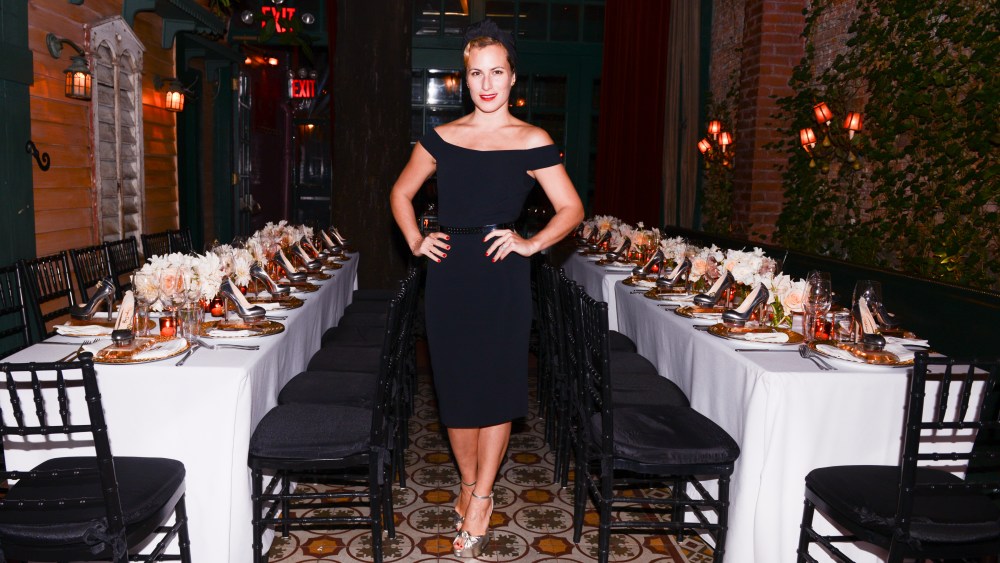 ALL IN THE FAMILY: “She’s always the late one,” quipped Andrea Dellal, mother of Charlotte Olympia Dellal and grandmother of Ray, the designer’s seven-year-old son, who was in tow on his first trip to New York since he was a toddler. The tardy guest in question to the dinner, hosted by the London-based designer and her New York-based cousin, model and DJ Harley-Viera Newton, was another cousin, Domino Kirke. While the latter cousin never arrived, the night was plentiful with family members as cousins Lola and Jemima Kirke also joined in the celebration that Olympia said was to “celebrate her rare visits to New York and take it as an opportunity to hang out with friends and family.”

Also joining were pals Jessica Hart, Julia Restoin-Roitfeld and Leigh Lezark, among others. The festivities took place in the private back room at the Waverly Inn, where guests were greeted at the table by miniature silver pumps bedecked with plastic King Kongs, each with the individual’s name embossed on the insole — a souvenir fast becoming a signature touch at the intimate dinners the brand is known to throw. Rounding out the designer’s Stateside visit was more family time in Miami, where mother Andrea and father Guy have a house on Sunset Island.