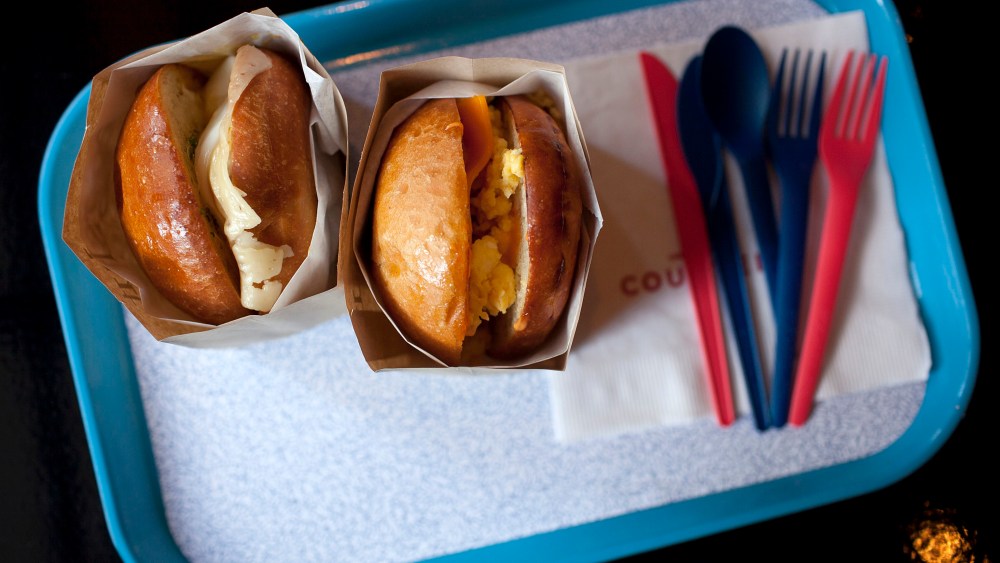 Chefs Club is offering its customers a more casual relationship.

The restaurant has opened Chefs Club Counter on the corner of Spring and Lafayette in SoHo, a “fine-fast” concept which culls from the same ideology as Chefs Club up the street. Open for breakfast, lunch, and dinner, the menu features items on rotation from various famed chefs, as well as grab-and-go pastries and beverages. It’s opening with West Coast chef Alvin Cailan’s popular Eggslut sandwiches on offer for breakfast, which have attracted a cult following in L.A. — customers have been known to wait in line for hours to get a taste — as well as duck rice by George Mendes and a hamburger by Jean-Georges Vongerichten for lunch and dinner.

Vongerichten’s daughter, Louise Vongerichten, has been leading the Chef Club’s expansion through her role as the head of business development. “We wanted to keep that concept where we try to bring the best dishes from different chefs all around the world,” she explains. “The customer dictates what the menu looks like.”

If all goes well in SoHo, the restaurant group hopes to open additional locations across New York, and eventually nationwide. “We wanted to bring it to a fast-casual concept because everybody can afford to eat [here] — the check average is much cheaper than at Chefs Club,” she explains of the casual concept. The positioning is a play to establish Chefs Club Counter as a regular daily stop for the mix of businesses and residents in the neighborhood, and its location is conducive to pulling customers from tourist foot traffic.

The high-ceiling corner space, which turned over from its tenure as Spring Natural Kitchen last year, was renovated with comfort and a retro, old-school diner aesthetic in mind; staff is dressed in red and blue-striped shirts, giving the space a refined Americana feel. Outlets near the banquets are an invitation for customers to settle in for a while, and wines on offer add to the remote living room appeal.

“Really the idea is we don’t have any rules, that’s what we like to say,” Vongerichten says. “Hopefully people are going to love it.”