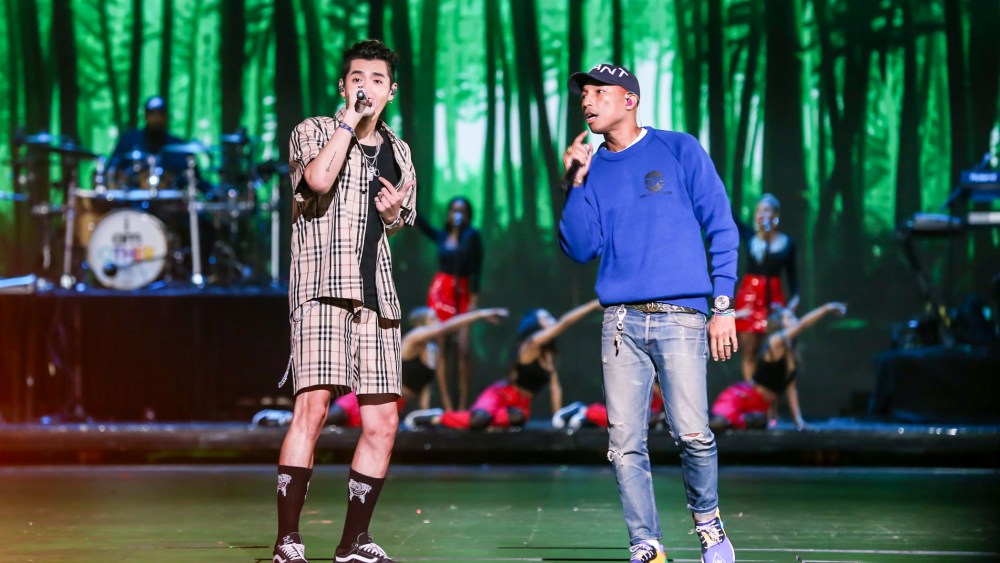 SHANGHAI — Singles’ Day has kicked off, and it took just one hour for Alibaba sales to bring in sales of 57.1 billion renminbi, or $8.59 billion.

The company, which founded the shopping holiday, is on pace to break another global record, as much as $24 billion in gross merchandise value within a day, according to Citigroup.

Last year’s event saw the Chinese firm rake in a record $17.8 billion in gross merchandise value, up 32 percent from 2015. This year, the shopping holiday falls on a Saturday, which is expected to boost sales. The last time the event took place on a weekend was in 2012.

Alibaba has more than 150,000 brands are participating in its shopping festival with promotions for more than 15 million products. Started in 2009, with just 27 brands, the festival has morphed into the world’s largest shopping day, more than double the size of Cyber Monday and Black Friday combined.

Below, WWD outlines what’s new at the retail phenomenon this year.

Nowhere is that more embodied than by Alibaba’s Singles’ Day countdown gala, which is a multimillion dollar show broadcasted across the country with a line up that could rival any of the biggest music festivals. This year, it included a duet by Pharrell Williams and Kris Wu especially written for Singles’ Day, on top of performances from pop stars Jackson Wang, Jessie J, Jason Zhang, and other diverse acts, including Riverdance, Blue Man Group, pianist Lang Lang.

Throughout the promotional period, Alibaba shoppers can play an augmented reality game to “catch the cat,” Alibaba’s mascot, and unlock special prizes. And during the live broadcast, viewers could also open up either the Taobao or Tmall app and shake their phones to open up special promotions and red packets with shopping credit.

It might seem counterintuitive, but Singles’ Day customers aren’t as driven by price as they used to be.

Speaking on Singles’ Day eve in Shanghai, Alibaba’s executive vice chairman Joe Tsai said, “The promotion itself, the discounts, is one way to get the foot in the door but guess what? People come here for a discount on one item but they end up buying 10 other items that are not discounted. That is the whole idea of Singles’ Day. I don’t associate discounts with high quality or low quality.”

Data from Fung Business Intelligence backs this up. The group said “no longer is Singles’ Day only about deep discounts and impulse purchases—81 percent of surveyed shoppers indicate that quality is more of a consideration than price.”

This becomes especially relevant as Alibaba tries to grow its new luxury pavilion — home to brands such as Shang Xia, Maserati, La Perla, and Sisley. Although some high-end brands were offering discounts, most were emphasizing limited edition products, such as Guerlain, which created a 500,000 renminbi, or $75,000, custom fragrance set.

The number of higher-end items seems to be growing too. Secoo, a separate luxury marketplace which is holding its first official Singles’ Day sale this year, said it had sold an Audemars Piguet’s women’s watch and a Patek Philippe’s men’s watch for 720,000 renminbi, or $108,000, each.

Omnichannel is the Word
This is the first sale that Alibaba is using offline stores in a significant way, harnessing 600,000 convenience stores across the country to facilitate the delivery of its products. It’s also encouraging brands to allow pick up of products from physical stores that were ordered online — and vice versa.

This reflects a broader shift in the role of brick-and-mortar. According to Mintel, urban Chinese consumers are keen to get the immediate experience that only shopping in-store can offer. The firm found that 55 percent of urban Chinese say in-store shopping means they can get what they want faster.

Call It “Single’s Season,” Not “Singles’ Day”
Just like how Christmas — or at least the decorations and songs — seem to arrive earlier every year, Singles’ Day promotions are outgrowing its moniker. In 2015, Alibaba’s promotional period was three days. Last year, the sales extended to a week. This year, it began on Oct. 31, with even earlier pre-sale activities starting on Oct. 19.

According to Fung Business Intelligence, 66 percent of the shoppers of surveyed shoppers say they would start their Singles’ Day shopping spree at least one week ahead of Nov. 11, and the average shopper will spend $324 this year, but those that start shopping three to two weeks prior spend $454 and $349, respectively.

Still China-centric
Out of the 150,000 merchants participating in Alibaba’s Singles’ Day, 60,000 are international retailers. In 2016, Alibaba expanded its Singles’ Day sale to other nearby markets like Hong Kong, Taiwan and Macau, but don’t expect it to be chasing American or European consumers anytime soon.

“We’re often asked whether Alibaba wants to compete for the U.S. or European consumer. The answer is no,” Tung said.

Europe would prove especially difficult. Other than the incredible cultural and language diversity, in the U.K., Ireland, France, and Belgium, Nov. 11 is Remembrance Day, when war dead are remembered, while in Poland it is the country’s Independence Day.

Competition Creeping Up
Singles’ Day as a commercial occasion was created by Alibaba, but other retailers are battling for a piece of the pie.

“Taobao and Tmall are no longer the only destinations for China’s Singles’ Day Shopping Festival,” Fung Business Intelligence said. “Although 96 percent of our survey respondents said they plan to shop at either Taobao or Tmall this year, JD.com has emerged as a main competitor, with 61 percent saying they plan to shop there.”