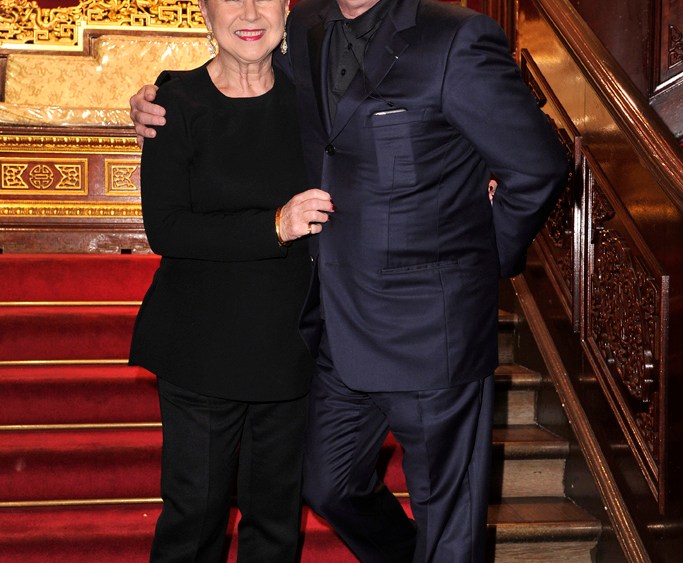 Dragon dancers squirmed through the tightly packed tables at Le Président, a sprawling Chinese restaurant in Paris that Jean-Jacques and Nicole Picart chose to celebrate their retirement from fashion.

Designers, executives and public relations folks galore came out Thursday night for a dinner party to bid farewell to the popular consultant and his fashion editor wife.

“A page has turned,” said a wistful Cédric Charlier, among scores of designers who have been coached over the years by Jean-Jacques Picart, one of French fashion’s most prominent advisers and oft-quoted experts.

Nina Ricci designer Guillaume Henry also lauded Picart’s sense of humor and fun, seen in the lengths he will go to ensure a fashion show is successful.

“I’ve seen him in the studio trying on stilettos to make sure the models can walk in them and don’t fall,” he said. “He’s got perfect size 39 feet.”

Christophe Girard, mayor of the 4th arrondissement of Paris, lauded the couple for brightening up the Paris cultural scene, and presented them with The Medal of the City of Paris.

He also worked with Christian Lacroix for years, and was at the designer’s side when LVMH lured him away from Jean Patou and set him up in his own company as part of LVMH in 1987.

He and Nicole, longtime fashion editor in chief at Madame Figaro, plan to split their time between Paris and Provence.