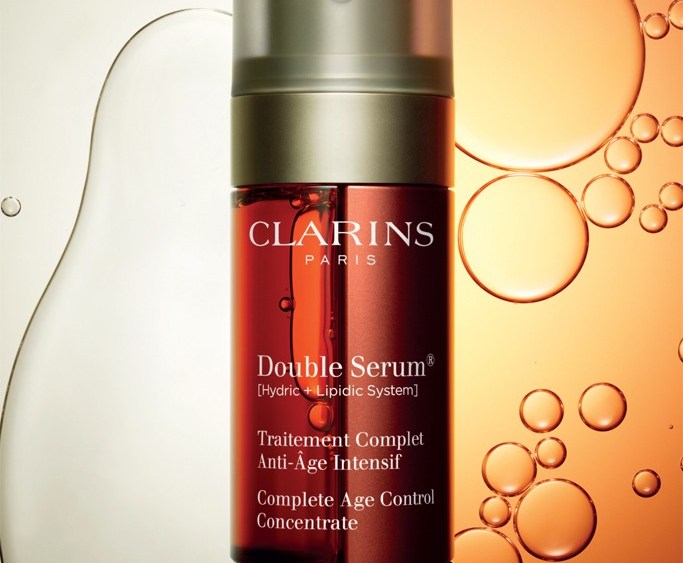 Clarins is raising its flag in the international skin-care market with the introduction of a new facial skin-care product that the company hopes will put the brand on the top of the hill in the all-important antiaging market.

The new product, simply called Double Serum, will be launched in February and it is being heralded as the needed shot of vitality to cure Clarins’ anemic standing in the American facial skin-care market. “For the U.S. and Asia, it is the product we need,” said Jonathan Zrihen, president and chief executive officer of Clarins Group North America. “We need to be known for a product.”

The coming of such a hero product was hinted at in an interview in May by Philip Shearer, ceo of the Paris-based parent Groupe Clarins. In that interview, he said that Clarins had built a strong sun- and body-care business in the U.S., but it “never really developed the face market, which is where the bulk of the skin-care market is.”

So Clarins is now attempting to fill the void with Double Serum. “This is the biggest launch ever in the history of Clarins,” said Zrihen, who added that the company had never before invested so much in research and development, packaging and advertising. He did not spell out specifics and neither did anyone else. However, industry sources calculate that Double Serum probably has a target of more than $100 million in retail sales for the first year on counter worldwide, or more than $60 million at wholesale. The budget for advertising alone is $30 million on a global basis, according to sources.

Double Serum will be advertised on TV in Europe, while the New York office is assessing that possibility. But there is no hesitation when it comes to making more widespread use of the Internet and social media. Zrihen said 20 percent of the ad budget will go into digital, instead of the 10 percent budgeted in the past. Zrihen noted that Clarins has 350,000 Facebook fans in the U.S. and the company intends to let fly with the entire social media arsenal —the Clarins flash blog, Facebook, YouTube, Pinterest and Instagram. In terms of advertising spend, Zrihen said the goal is “to be on a par with the big guys.”

The product, priced at $85 for 1 oz., is a double serum because it was designed to mimic the composition of skin cells, which are roughly composed of 70 percent water and 30 percent oil, according to Nathalie Issachar, director of marketing development and scientific communication, who gave a recent product presentation. The product also was designed with hydric-based and lipid-based systems because more than one formula medium was needed to ensure chemical compatibility and stability for all the ingredients. The bottle contains two chambers for the individual serums and measures out the needed proportions. There are 20 plant extracts, eight of them certified by Ecocert, which applies standards for natural and organic ingredients in cosmetics. There are also three laboratory molecules that work in conjunction with the 20 naturals. The product is billed as addressing the five vital functions needed for skin health: hydration, nutrition, oxygenation, protection and regeneration. The marketing aggressively trumpets claims of success. For instance, the company states that the product has been proven to make the skin 87 percent firmer after four weeks of use, reduce wrinkles by 79 percent, even skin tone by 88 percent and make pores less visible also by 88 percent. To make the claims stick, the company insisted on widespread global testing involving 22 studies and more than 400 women of all age groups as subjects. Zrihen said Clarins has a history of doing more thorough testing than many of its competitors. But this time, especially, “We decided to do a big sample.”

The product has already been launched in Asia, and Hugh Winter, the global president of the Clarins brand, said the pan-Asian launch — China, Korea and Singapore — is “going well.”

Zrihen added that there has been “a very impressive reaction of consumers. It has been so far our most successful product in Asia.”