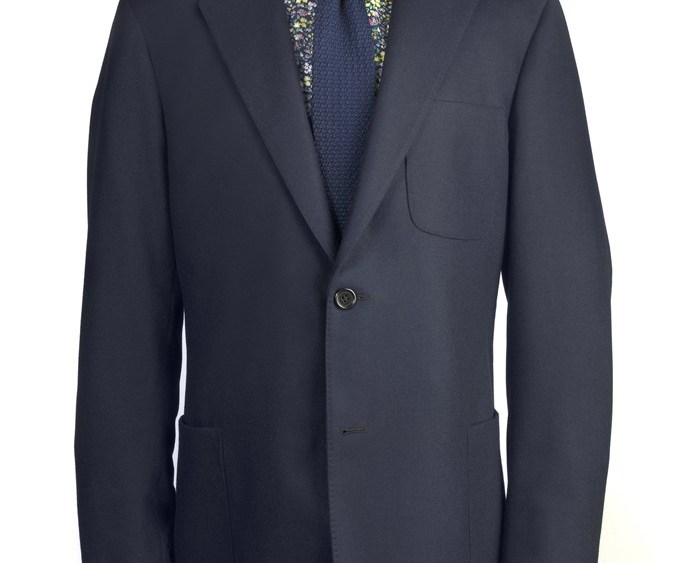 LONDON — Club Monaco’s collaboration with blogger Michael Williams of A Continuous Lean is moving to Europe.

The limited-edition collection, part of the brand’s Made in the USA initiative, will debut as a European exclusive at Anthem in London’s Shoreditch beginning Oct. 16, and will feature suits, shirts and ties that have been sourced and designed in the U.S. Prices will range from $178 for ties to $2,770 for a cashmere overcoat.

The decision to team up with Williams came from Club Monaco chief executive  officer John Mehas, who recognized a synergy between the way the brand defines its man and the blogger’s point of view. “It was John’s vision to create a Made in the USA collection for Club Monaco, and Michael Williams enabled this vision through his relationships with key factories,” said Aaron Levine, vice president of men’s design at Club Monaco. “With this specific collection, we wanted to celebrate classic American style, which is a point of view both Williams and I are interested in aesthetically. And with Michael’s appreciation of heritage and history, he brought a lot to this collection.”

The shirts are made in Ashland, Pa., the ties in New York, and the suits in Westminster, Md.

Williams said the project came about because of a “nationalistic pursuit. When I was a kid, I watched all the mills move away [from Cleveland], and I was conscious of how fashion was changing and how American manufacturing was changing. So we said, ‘Let’s just make these things that are quintessentially American — the button-down, the oxford shirt, the tie.’ We found factories that had been making these things for a long time and asked them to make them for us.”

In a telephone interview, Anthem’s owner and buyer Simon Spiteri said: “Americana is timeless. Men’s wear comes from workwear, military and sportswear references and, traditionally, the best of these came from the States.” Anthem stocks a tightly edited selection of international labels, such as 45 RPM, Comme des Garçons and Kapital Denim.

Club Monaco’s exclusive limited-edition Made in the USA collection launched in November 2011 as a partnership with Williams and is sold through men’s concept shops located within Club Monaco locations on Fifth Avenue in Manhattan and on Bloor Street in Toronto, as well as online.